The third annual Global Dance Festival AZ took place just weekends ago and was the most successful to date! Thousands of fans made their way to Rawhide Western Town where fest met wild west for this incredible themed extravaganza. Three stages, a knock-out lineup, and fully immersive atmosphere made this one of the best events in Arizona so far. 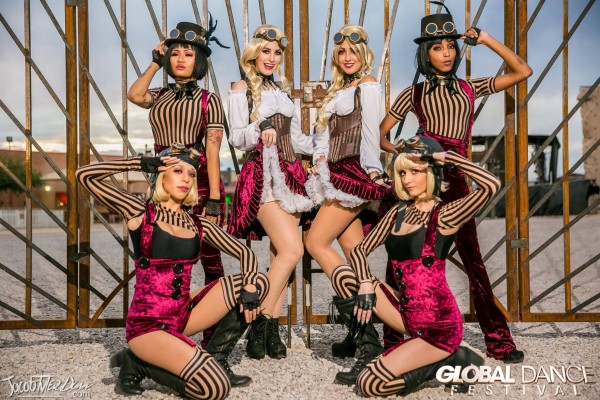 The music was phenomenal coming through the PK Trinity sound system. Each artist really brought their all. From the main stage, Bandit Canyon, came top-notch production. Local favorite Dark Mark warmed fans up with his heavy beats. Louis Futon and Jack Lndn both played groovy sets the crowd begun to fill out. Louis The Child  Alison Wonderland truly did f*ck us up on a spiritual level during her Arizona debut that was both bassy and beautiful. 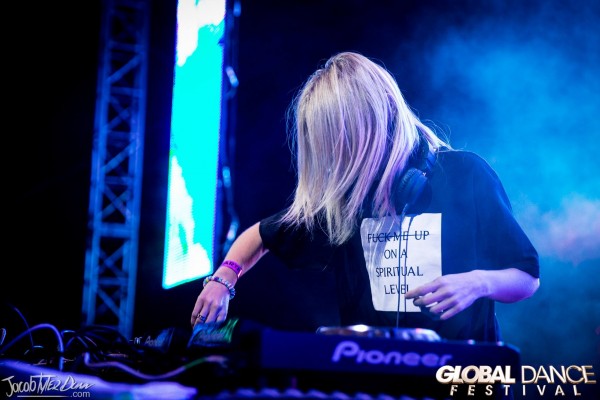 Galantis delivered a knock-out set for their debut appearance in Arizona as well. We felt the love for sure as a confetti shower fell from the sky. Bassnectar absolutely killed his set. The energy was at an all-time high as the crowd headbanged in unison. Nero ended the night and closed out main stage on a high note. 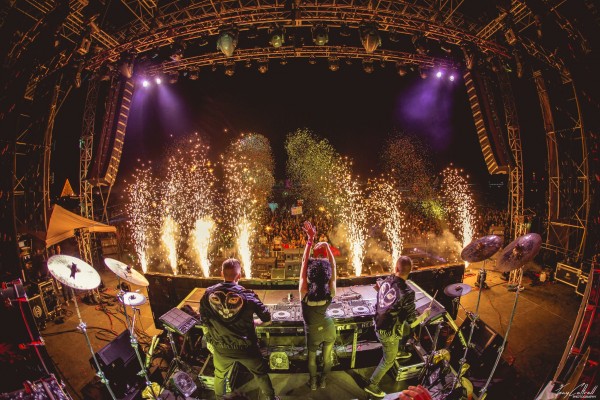 The second stage, Tombstone, is where you could find all the headbangers. Astony and Ecotek prepped crowds for the dirty beats to come. Cheat Codes played a set worthy of a main stage and Arius threw down one of the filthiest sets we’ve ever heard that really set the tone for the rest of the night. 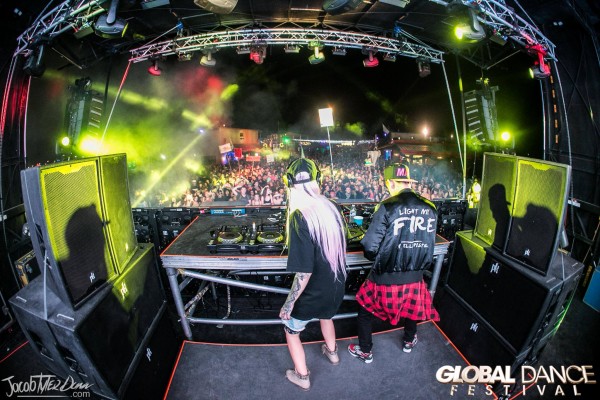 JOYRYDE came out swinging with their wompy drops. Herobust went hard as usual and did one of the best mannequin challenge’s we’ve seen to date! Check that out here. Mustache man, Valentino Khan made us get deep down low as lasers hit the crowd. Sweaty bodies swarmed together to catch Cedric Gervais and then Datsik with his grimey four on the floor bangers. 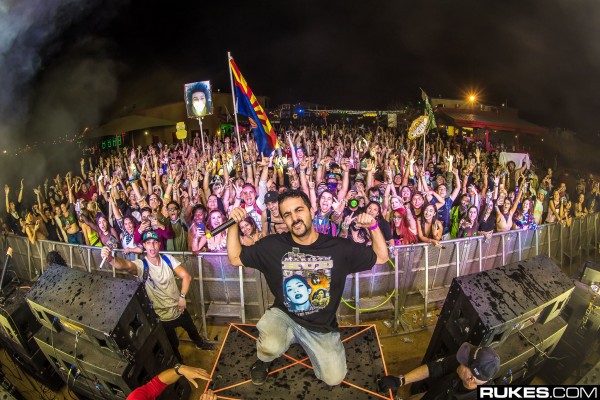 The third stage, hosted by RB Deep, a division of Relentless Beats dedicated to the house heads, was aptly named The Hideout as it was a little hole in the wall, but with some major talent. From start to finish funky house beats could be heard coming from this stage. David Epstein warmed the crowd up for a dope B2B with Juhuen and Michelle Sparks. Mat.Joe had the crowd dancing with his deep beats followed by Lee K. 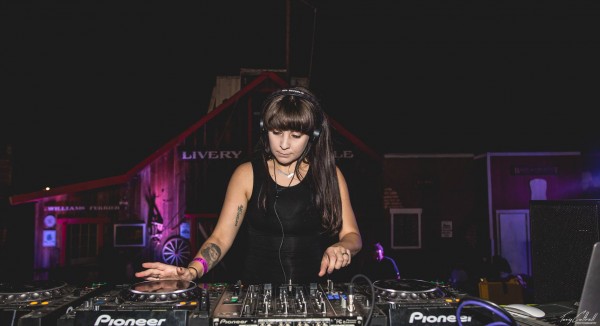 Golf Clap got everybody’s feet moving and legend Gina Turner had the Hideout hoppin’. Prok & Fitch‘s set was a hit with fans, and they’ve uploaded the whole things to their Soudcloud already. Lee Foss rounded out the evening, delivering some proper house music before heading over to the afterparty!

A flawless lineup isn’t the only thing this festival boasted. Making the most of the Rawhide Western Town, including shoot-outs, themed shops and a vintage photo booth made this a unique experience for fans. Even Valentino Khan got in on the fun, posing for a photo with fans in the booth! 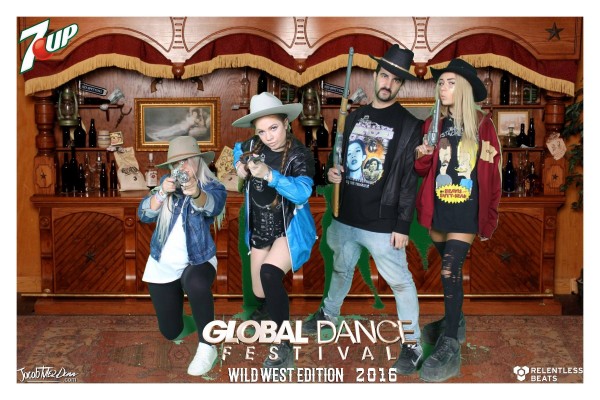 And as always fans came dressed to impress and ready to party. We love the creativity we continue to see at our shows! 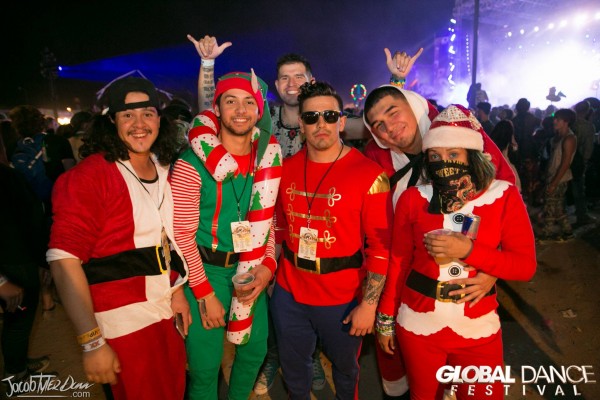 In addition to a top-notch lineup and awesome amenities were plenty of opportunities for us to give back. The Relentless Rangers were a huge help as always, making sure fans were hydrated, safe, and having a good time! The Relentless Crowd Surfers were walking the crowd to interact with fans and engage the community with some pretty cool prizes. 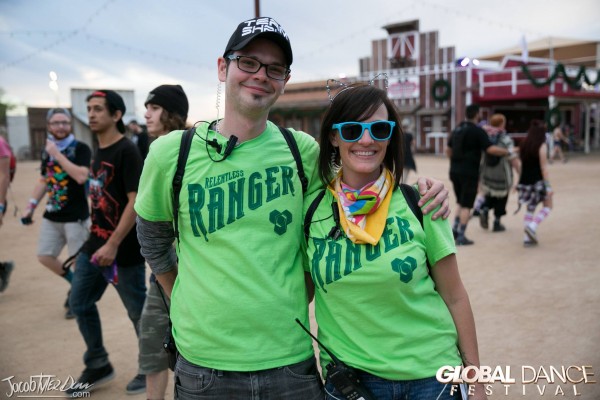 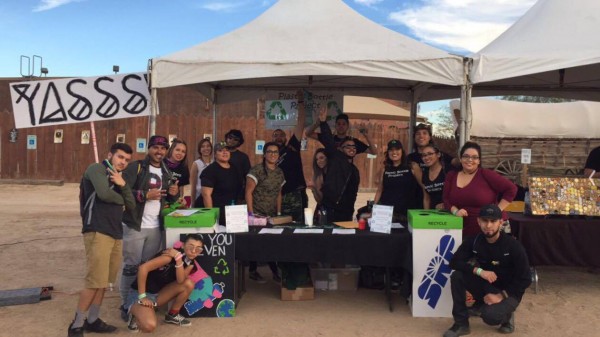 And with your help, we gave back to the community. The Plastic Bottle Project helps keep the grounds clean and motivates others to do so with cool merch. At Global 258 lbs of plastic and 152 lbs worth of cans were collected, bringing the total for this year to just under 1000 lbs from our festivals alone. All the proceeds go towards feeding the homeless in our cities. Great jobs guys! 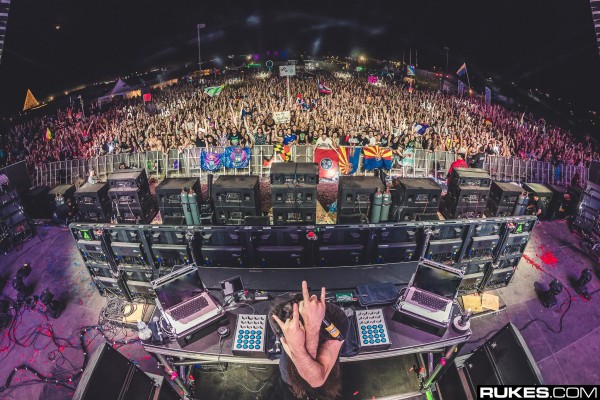 Thank you all for making this one of our best events yet! Don’t miss out on upcoming events Decadence and Phoenix Lights Festival.