Why STS9 Has Developed Such a Unique Following

STS9, or Sound Tribe Sector 9, is the electronic rock group from Santa Ana, California. Through their music, the electronic jam band promotes unity and understanding of our place in the universe as the human race. Their peaceful journey has attracted tons of people all over North America. Tribe fans have become a following of peace-seekers who gather to vibe with the sound of STS9.

“We are one, made from dust of the stars / down here we bear the weight of the pain and the scars / just want to live with nothing to hide / every one of us a universe inside.” 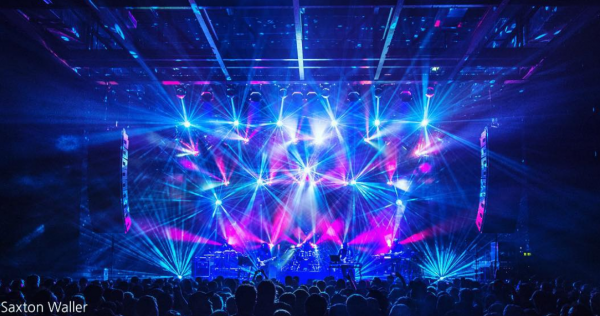 Another fascinating aspect of STS9’s live performances are their entrancing light shows. Their lighting designer, Saxton Waller, uses his artistic ways to supplement STS9’s performances with some of the most alluring light set ups. Saxton has been doing their lights for years and has become one of the fundamental aspects of their tours.

Semi-recently, Alana Rocklin became the lead bassist for STS9. She brings her womanly touch and contributes such a powerful presence to the group. Since 2014, she has been with them as the group has reached many of North America’s largest music festivals such as Electric Forest, Bonnaroo, Summer Camp, Pemberton and more.

Along with playing at large scale music festivals year after year, STS9 has recently released their album, ‘The Universe Inside.’ The album displays their perfect instrumentation as it takes listeners on a journey through time and space. During their latest live sets they’ve gone back to their roots by experimenting with improv once again.

In April, STS9 will be making an appearance at Phoenix Lights so purchase tickets and join the event page.