Ryan Raddon, better known as Kaskade, has been one of the most in-demand artists in the electronic realm for over a decade. His talent is unmatched by most and his extensive discography and list of accomplishments (which includes six Grammy nominations and two-time title of DJ of the Year) speak for themselves. Having started his DJ career as early as 1995, Kaskade has played at some of the largest events globally and has been melting our hearts every step of the way. Raddon has become known for his moving melodies, often accompanied by heavenly vocals and minimal basslines–perfect for a festival like Crush, where I had the opportunity to get a ‘Lesson In Love’ from the master himself. 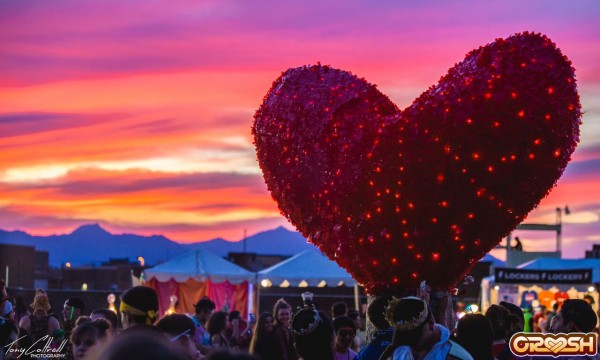 You’d think twenty years of making music and playing shows would slow down even the most dedicated of artists, but not Kaskade. Over the last six months, he produced a new festival with Sun Soaked, he released REDUX 002 and set out on an accompanying tour, he graced our holiday season with a Christmas album and continues to announce shows faster than we can keep up with. When asked what drives him to stay so busy, he puts it simply, “I love what I do, and that makes it much easier. It’s hard to say no when you really love what you’re doing.”

As we started to talk about the upcoming festival season (does it ever really stop when you’re a world-renowned DJ?), a smile grew across his face and it became apparent just how much he loves his ‘job.’ Raddon said, “Yeah, the next six months will be good. Summer is always a lot of fun. I think I’m doing 25 shows this summer. Sun Soaked 2018 is going to be awesome. I really think it’ll be the highlight of the year. Last year being the first year was so much fun. We had issues that we had to work through, but I learned a lot and I’m ready to bring it back bigger and better.” Sun Soaked 2017 ended up being a sold-out show for 13k+ fans, so we can only imagine what 2018’s rendition will hold. 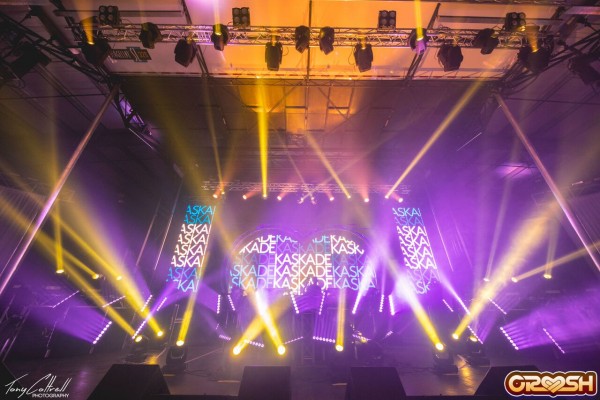 Kaskade’s festival sets are always superior, but I think Crush was a particularly good fit for him because of the love-inspired theme. Many of his songs carry a strong emotional impact that resonates with fans years after the track has been released. When asked about the emotion behind his music, he immediately cites the source of his inspiration as his family. “Well, I make music about my life. I’m a family man, and so much of what I do involves them. They inspire me and have helped make me who I am,” he said.

While each of his songs are special in their own way, he says “Eyes” is a song he plays when trying to pull on the heart-strings. “I just love that song,” he says, “every time it’s played, I can feel the energy in the room shift and everyone starts to sing along. I think I’m going to play it tonight, we’ll see if I can fit it in.” With lyrics like “You and I/Could paint the sky together/As the world goes by/We’ll go on forever,” it’s easy to see why this song touches so many. Kaskade’s music has become a key component in some of his fan’s love stories, essentially providing a soundtrack to some of their most intimate moments and memories. “It’s amazing. People tell me some really cool stories. Couples tell me how they met at one of my shows and got engaged at a show or married to one of my songs. I’ve even had someone tell me they conceived their child to one of my songs and now their son is four! Sometimes it’s too much information,” he says with a smirk, “but it’s incredible to be such a big part of people’s lives.” 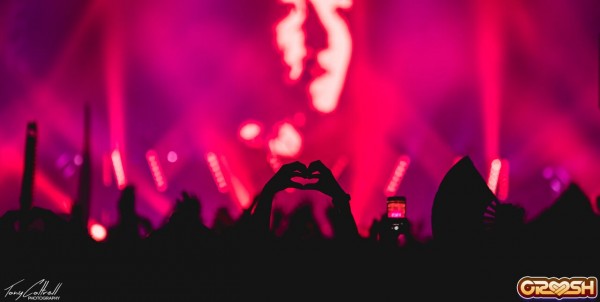 Raddon had a pretty admirable love story of his own. He’s been married for over 20 years, and together they have three children, so I couldn’t pass on the opportunity to get a ‘lesson in love’ from Kaskade. He chuckled when he said, “Naomi [his wife] is always right.” Happy wife, happy life–solid advice!

He went on to play one of my favorite sets to date. It was full of classics and nostalgic moments, including the beloved “Eyes.” As I looked out at the crowd there wasn’t a stagnant body or dry eye in sight. It was the type of magic only a Kaskade set could provide.