To kick off your weekend, we’re starting with tech house star Olivier Giacomotto at Barsmith on Friday. Saturday we’ve got a doubleheader as Borgore and Bonnie X Clyde take over the Talk Stick Resort pool and Delta Heavy invade Monarch Theatre downtown. 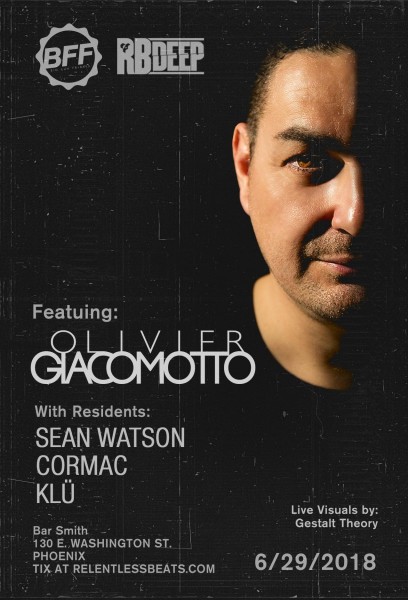 Olivier Giacomotto is a French DJ with over 15 years of experience. His tireless need to evolve and grow as a creative entity and forward-thinking artist always forced this Paris based composer to constantly seek a new musical excitement. Therefore Olivier naturally crossed musical genres and trends always keeping an eye on the original definition of the underground. In the last 10 years, he progressively found his path into techno, house, electro, tech-house, deep house, and forged his success with constant appearances in the highest ranks of the Beatport charts, the biggest online music store specializing in electronic dance music. 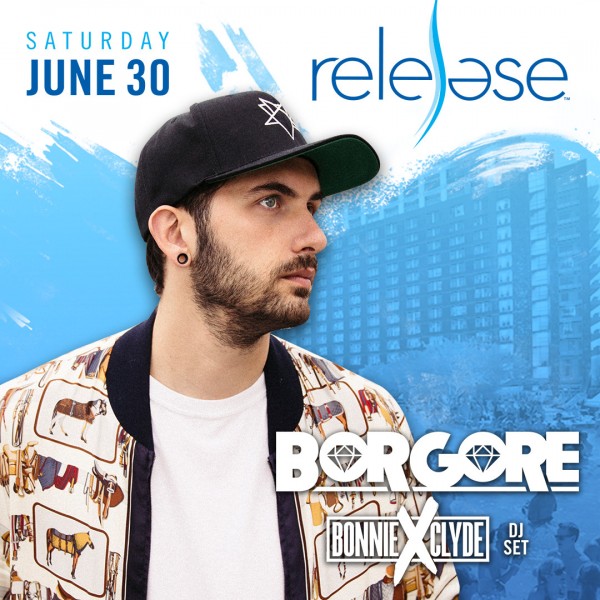 Borgore, Buygore, Daddy, and pioneer of “gorestep” is a producer with a big sound and even bigger personality. Born Asaf Borger, he is a man of many names and many talents, but one this stands isolated in the spotlight; hearth-shattering demolition dubstep. His popularity initially boomed with the track “Decisions” back in 2012, featuring the back-then wild, Miley Cyrus. He released #NEWGOREORDER in 2014 and just recently put out a jazz album (right?!) earlier this year.

Joining Borgore poolside is bestie duo, Bonnie X Clyde. Bonnie x Clyde have built an unstoppable momentum and a dedicated following of fans since their inception in 2015. They’ve played some of the largest festivals around the globe, and always being a fun, fresh perspective to their shows, often having Bonnie sing live. 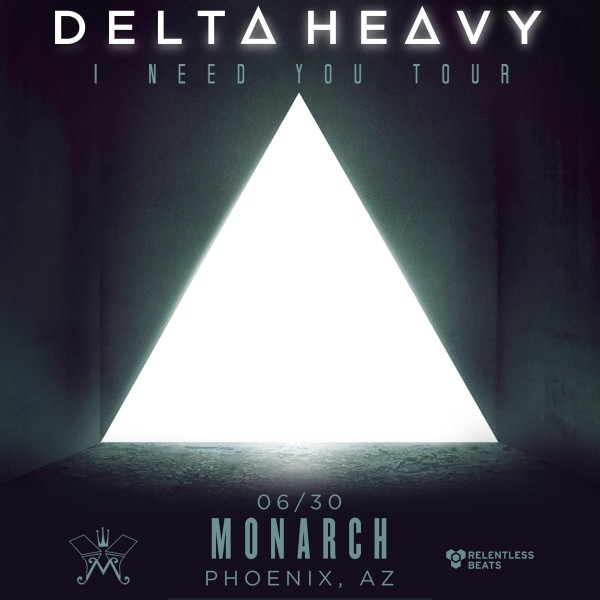 The British duo Delta Heavy brings a level of energy to bass music that stops people in their tracks on draws them to the dance floor. Always keeping it between 110-174 BPMs, band members Ben Hall and Simon James will have you jumping and jiving to their drum and bass and dubstep dance beats. The two meet in college in 2003, found commonalities, and the rest is history. In 2009 the two signed to their first label, Viper Recordings and released two singles, “Abort” and “Galaxy”. Just a year later, they found their place at RAM Records and that’s where things really heated up. They released “Space Time” and began their journey to the top.