Get to Know Phase Two of Your Goldrush 2018 Lineup

Over the past few weeks, we unveiled phase two of our 2018 Goldrush Music Festival lineup. We’re dedicated to bringing together the best of electronic and hip-hop for one weekend of hot music. Joining an already stacked lineup, we’ve added an additional 12 artists to really amp things up! Meet your phase two lineup below. 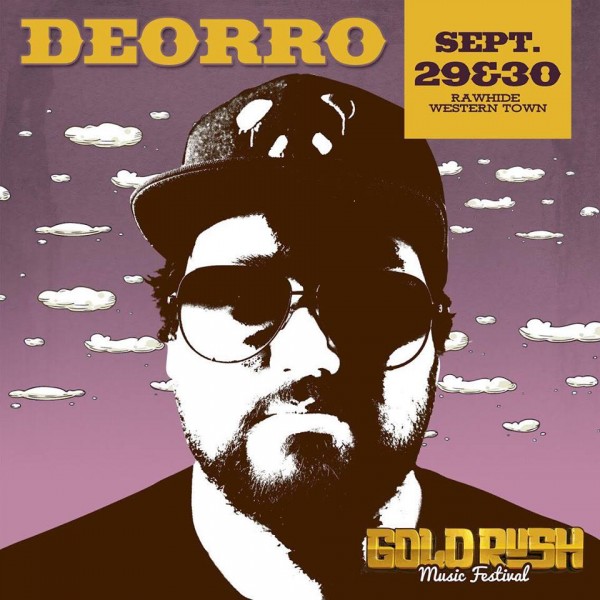 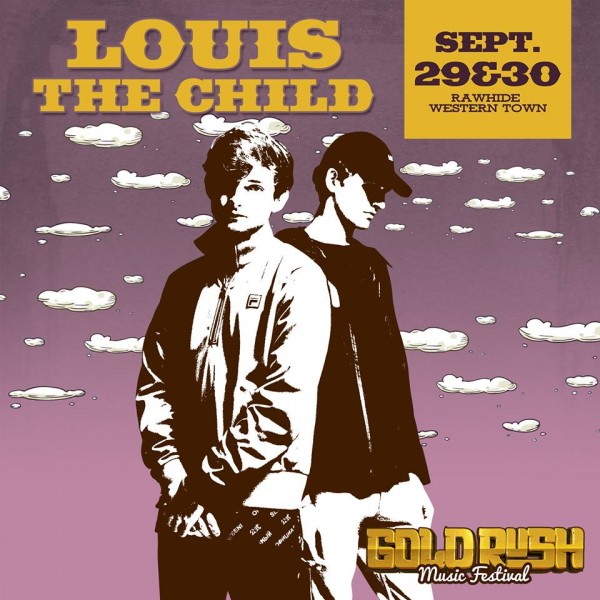 Robert Hauldren and Frederic Judson Kennett, better known as the lively duo Louis The Child, have been playing together since 2013, playing small venues over the next year. In 2015 they released their breakout hit “Strange,” which has surpassed 50+ millions of streams and was featured on the FIFA 16 soundtrack. This monumental track led them to perform alongside artist like Madeon (the boys actually met at a Madeon concert!) and The Chainsmokers on tour. The duo later embarked on their own tour later that year. Since then, LTC has gone to play some of the largest festival in the world including EDC Las Vegas, Electric Forest, Lollapalooza and more. In 2017 they headlined a 32-show tour following their debut EP Love Is Alive, during which they made various charitable contributions. 2017 also saw Louis The Child’s song “Go” featured in a TV commercial for the Apple iPad Pro, setting them up in a big way going into 2018. They’ve released two singles this year already, “Shake Something” and “Better Not.” 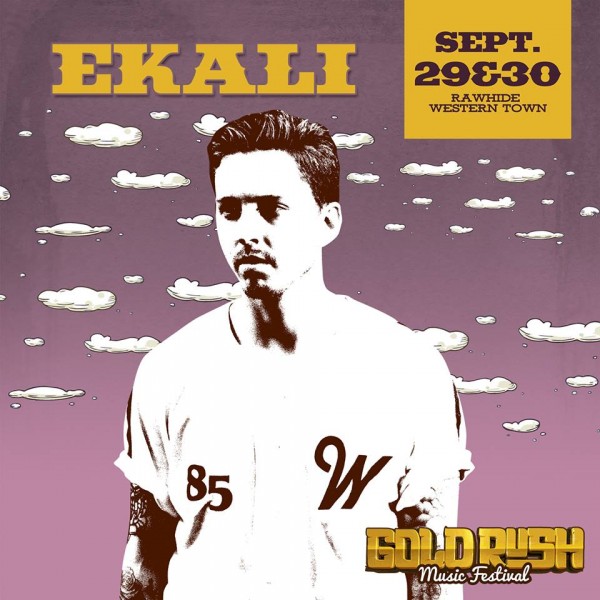 Canadian DJ and producer Ekali made his first foray into music at a young age, beginning to learn the violin at 12 years old. The instrument’s appeal didn’t last long, but while growing up he did persevere with guitar and various other instruments. In 2014, Shaw secured a place at the Red Bull Academy in Tokyo. Ekali experienced a rapid rise to recognition after receiving writing credit on Drake’s If You’re Reading This It’s Too Late, who sampled his work on “Preach” and “Wednesday Night Interlude.” He joined the Skrillex-founded OWSLA label in 2016, which released his song “Babylon” as a single. Ekali is a force of nature in the dance music scene. Packing stages at festivals like EDC LV, Hard Summer, Red Rocks Amphitheater, and Holy Ship, Ekali has become one of the most exciting acts on any line up worldwide. 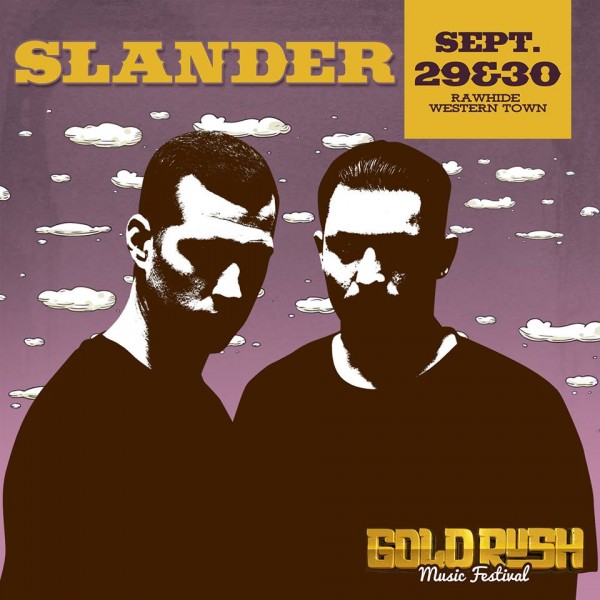 Over the past four years, Slander has climbed the ranks from local DJs to EDM megastars. The duo, consisting of Derek Andersen and Scott Land based in LA, first rose to popularity with their “heaven trap” edits and singles that combined huge beats with melodic drops, most notably Showtek’s “We Like to Party” and Above & Beyond’s “Love Is Not Enough.” In 2015 they released their debut EP, Nuclear Bonds with NGHTMRE on Mad Decent. After that, NGHTMRE and Slander continued working together on their Gud Vibrations project, which included further releases and a tour. They’ve gone on to play some of the biggest stages in the world, sold out tours, and garnered millions of plays on their social medias. Everything they release becomes a hit. There is something so distinct and pure about their sound–it’s infectious! The diversity throughout their discography allows for them to produce without boundaries and has led to a massive, dedicated fan base. 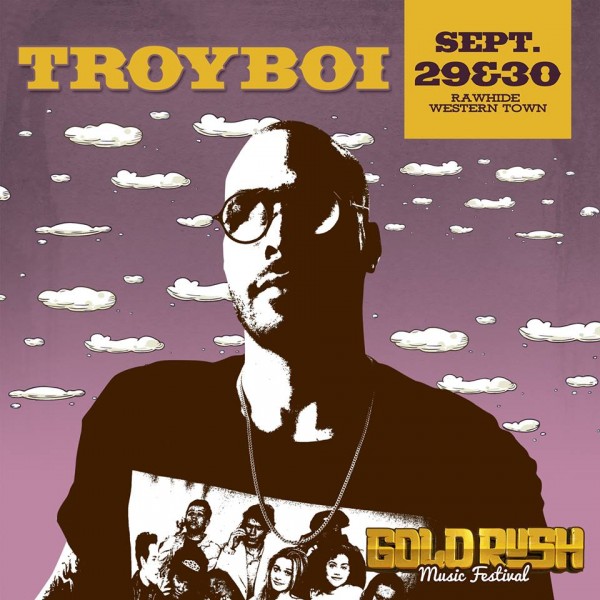 One of South East London’s most closely guarded secrets has emerged from the shadows and is set to take the music industry by storm. Known as TroyBoi, this multi-talented musician specializes in extraordinarily unique, versatile, and highly musical tracks that fuse various textures from multiple genres. His style is undeniably his own, infectious to the ears and beyond stimulating to the mind. He’s played some of the most prestigious stages in the world including EDC Las Vegas and Electric Forest. Last year he released his massive debut album Left Is Right and rode the wave in 2018 which has seen the release of his V!BEZ EP. Amassing over a million followers across socials the Troyboi fan base is ever-growing. You can feel in the love in the room when the crowd chants ‘troyboi’. 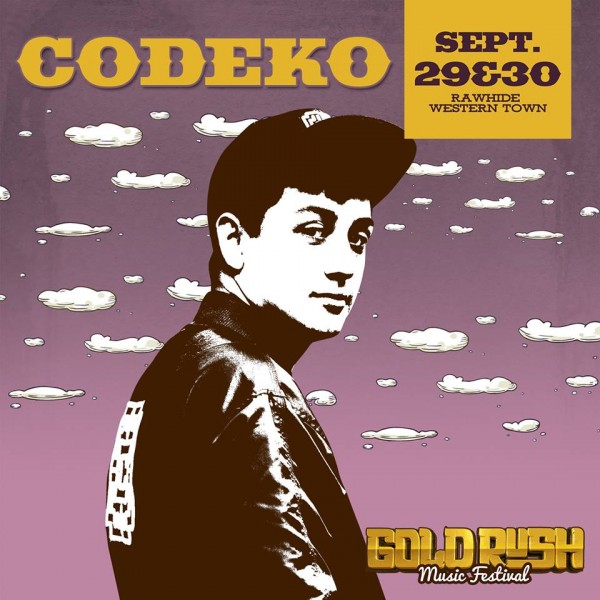 Codeko, real name Ed Clark, is an English DJ/producer hailing from London, UK. He has been classically trained in music from a young age and plays two orchestral instruments, including the piano since he was just 5 years old. Having already racked up millions of plays on his tracks, as well as other achievements like his bootleg remix of ‘Find You’ getting support from Zedd himself, it is clear that Codeko is one to watch. His latest official release did even better; gaining support the likes of Hardwell, W&W, Tritonal and many more. Codeko’s track with RAPHAELLA, “Walking With Lions” was also selected to be Electric Zoo 2016’s official anthem. This upward trajectory shows no signs of stopping having just signed to Cloud 9 Publishing alongside the likes of Armin van Buuren, as well as a stream of releases lined up for the future, Codeko is going from strength to strength. Last month he released “Just Got Something” and the rest of 2018 is looking up for this young producer. 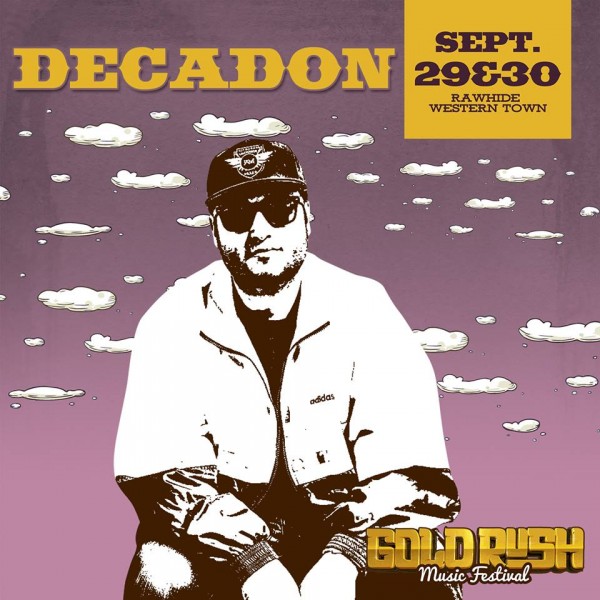 Donnie Miller, aka Decadon, is an award-winning Producer, DJ, and guitarist from Denver, Colorado. He began his career with a foundation in rock music. He is self-taught in guitar, piano, drums, and bass and played in various bands throughout high school. His interest in computers, combined with his love and talent for writing and performing led him to the world of Electronic Dance Music. By age 17, Donnie had become a signed musician and had released on reputable labels. Every one of his releases made Top 100 charts on Beatport, and some even broke the Top 10. His live performances are a fusion of a classic DJ set with the unique addition of his live guitar. Already becoming one of Colorado’s hometown heroes, Donnie has his sights on the national circuit and has an incredibly bright future ahead of him. 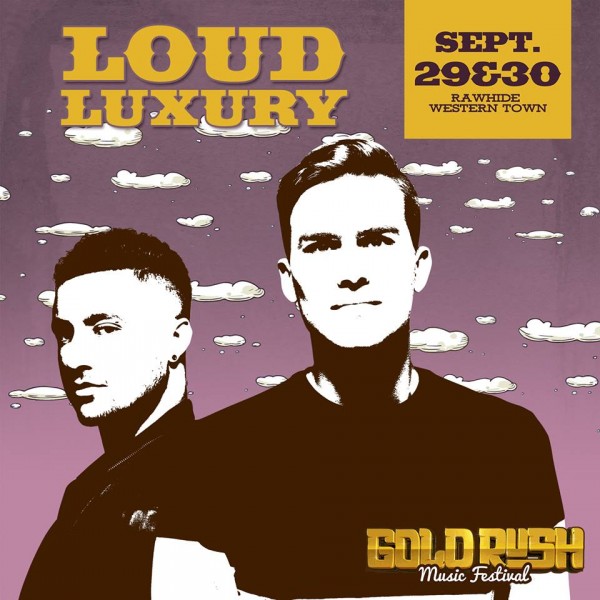 For most, 4 years at a university results in a piece of paper, an appreciation for nice liquor, and a hard drive full of bullsh*t. For friends Andrew Fedyk & Joe Depace, they moved the tassel with much bigger things ahead than a 9-5 job; they were on the fast track to making a name for themselves in electronic music (aka the dream). The two make up the vivacious duo, Loud Luxury, and they are making glistening waves in the future bass genre. They’re sound is something between a subdued Vanic and a mild Louis The Child. It’s vibey, it’s chill, it’s always a melodic masterpiece. Recently, the duo was featured on the cover of hype Spotify playlist “New Dance Beats” and their highlighted tracks are some of the most engaging songs. The two have played a myriad of festivals across the continent, all conjuring the same emotion, pure bliss. They are consistently praised for their sexy vibes and catchy beats. Most recently, the duo released “Body” with Brando. 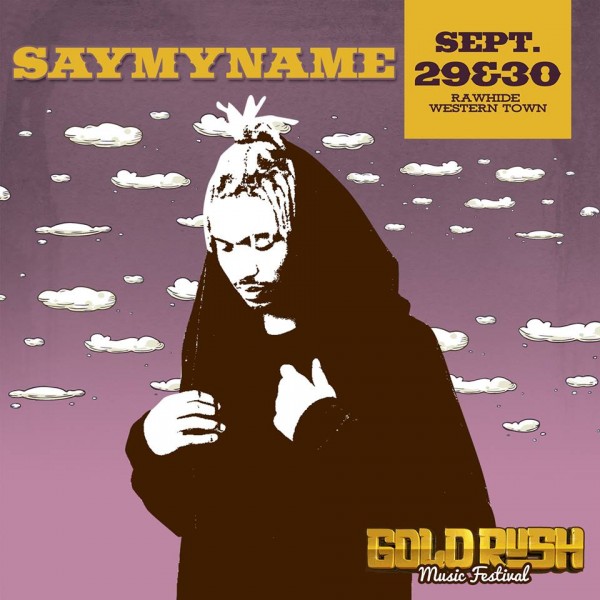 If by some chance you haven’t heard of Say My Name yet, you soon will. He’s at the forefront of the ‘hardtrap’ movement that’s only growing in popularity as of late. He was the 2013 winner of Insomniac’s Discovery Project and has been hitting lineups and performing shows around the country since then. SAYMYNAME, who also goes by Dayvid Sherman, grew up in a musical household with a DJ as a father and received his first turntables in fifth grade.  He’s a master remixer (one of his most popular tracks was a trap edit of Showtek‘s hardstyle anthem “FTS”) and many of his mixes have seen support from industry leaders such as DJ Snake, Slander, and Martin Garrix. Davyid has performed at such festivals as Insomniac’s Basscon, EDC Las Vegas, Nocturnal Wonderland and more. Large crowds and full tents are expected during a SAYMYNAME set. He’s been on a streak already this year having released three hot tunes already. 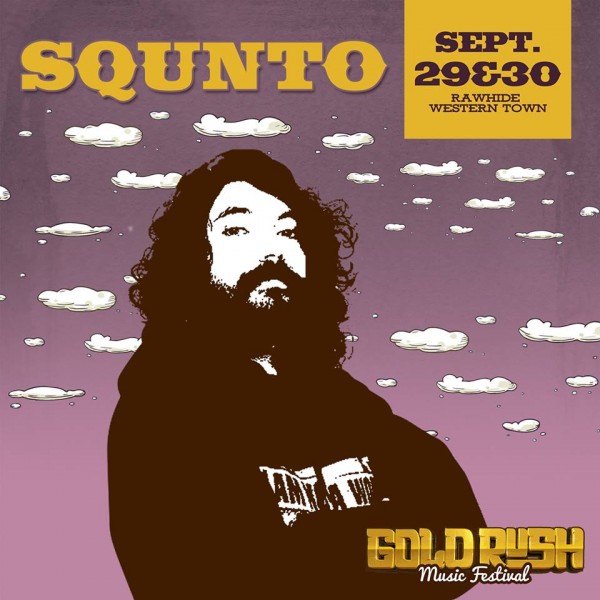 Eric Roth, better known as SQUNTO, grew up in Holliston, MA. He started playing music in fourth grade; first the trumpet, then the bass guitar, then piano and drums before moving to electronic production. Roth was inspired to pursue electronic music when Rusko released “Woo Bass” in 2010. SQUNTO was something him and his friends made up in high school and has stuck with him throughout his musical career. He first grew to prominence being featured on blogs and music channels such as The Dub Rebellion. One such popular mix was his Megachop Vol. 1 which has seen 200K+ stream since it’s release. Squnto has gone on to play festivals around the world such as EDC Las Vegas and performs with some of the best in the industry such as Boogie T who he’s done a number of b2b’s with. Most recently he dropped his Dragon Noises EP available for free download and sitting at over 100K streams already. 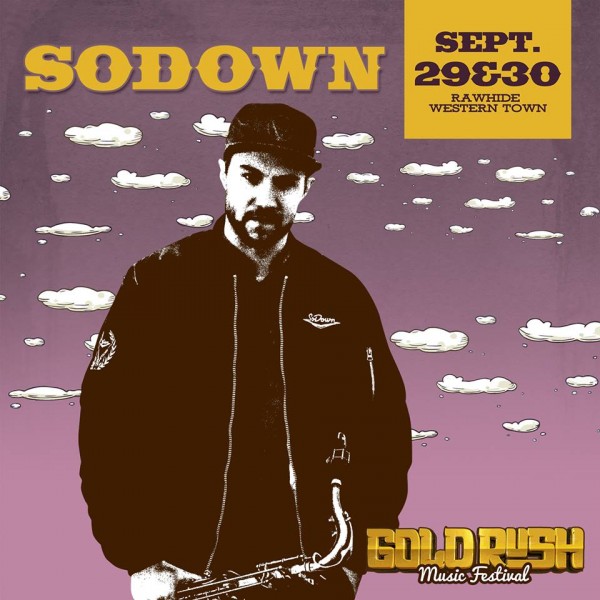 Ehren River Wright, aka SoDown, is a staple in the Colorado music scene selling out many shows across the state. Thanks to a passionate fanbase, Ehren has quickly taken his music to a national stage, playing many festivals throughout the US. A SoDown set is not one to miss. Featuring live saxophone, Ehren takes the crowd on an intimate sensory adventure through space and time. His latest tracks include a wide array of musical talents, including his keen ear for sound design and production as well as his never-ending dedication to organic instrumentation. Combining infinite influences, Ehren describes his music as an endlessly evolving medley of many different genres, culminating in a uniquely diverse style of bass music. 2018 has much promise, as SoDown continues to prove himself as one of the most dedicated and innovative acts in the game. 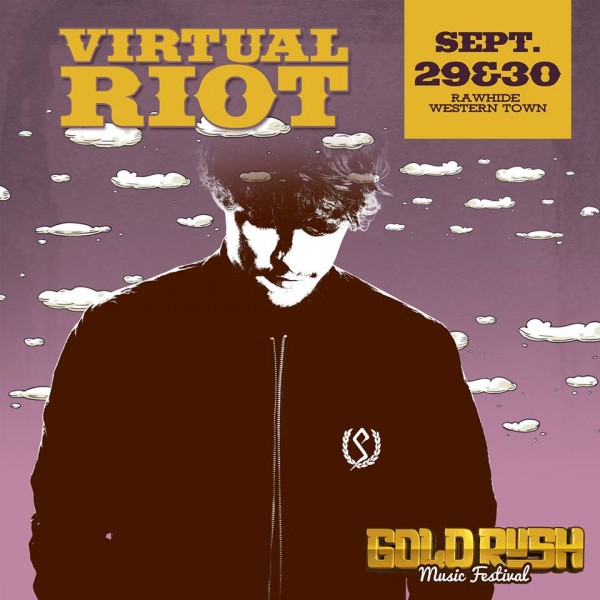 Christian Valentin Brunn, better known by his stage name Virtual Riot, is a German DJ and producer. At the age of 23, he has released several albums and EPs, most notably his breakout album in 2013, There Goes Your Money. He was signed to the independent music label Disciple Recordings in 2014. Countless music outlets have called his music non-traditional and edgy, and he’s had numerous Beatport chart-topping hits including “Warriors of the Night,” “One For All, All For One,” and “Cali Born.” Brunn has amassed over 267,000 followers on SoundCloud alone and his popularity is increasing with every release. Now being a front-runner for the prestigious Disciple Recordings, Virtual Riot has established himself a heavy-bass champion in dance music. 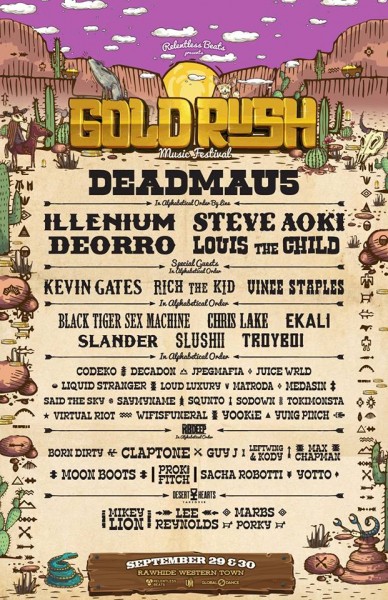