We’ve got a huge lineup this weekend featuring world-renowned talents of all varieties. First, Gorgon City goes deep on a Friday night at The Pressroom while Eagles & Butterflies has us dancing under the stars at Bar Smith. Saturday GTA and Vanic provide poolside vibes and by night Ray Volpe and Woof Logik will be dominating Monarch Theatre. Last, but not least, Christian Smith and Wehbba takes us into the wee hours at Monarch’s upstairs Scarlet room. 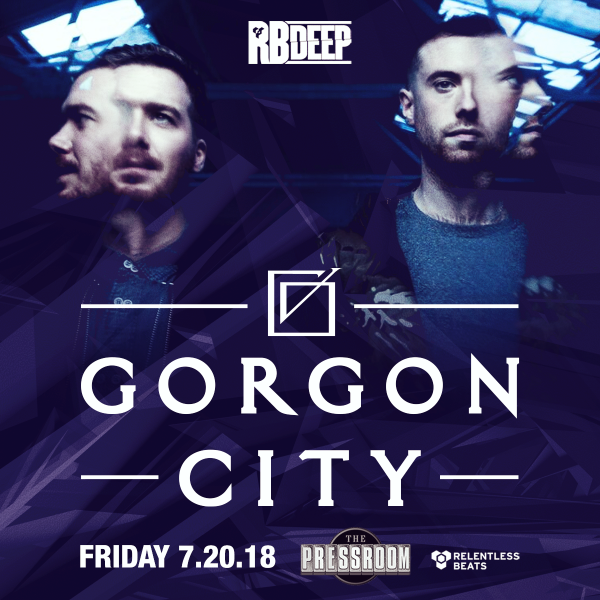 UK duo Gorgon City, consisting of Kye Gibbon and Matt Robson-Scott, have been on a music-making kick as of late. In March they released “Motorola,” inducing huge nostalgic vibes, and most recently they dropped “Go Deep” and accompanying remixes. Gorgon City has established themselves as one of the most in-demand acts around with seven albums and EPS under their belt and a running list of singles. They recently completed their sold out ‘Kingdom’ tour, but that doesn’t mean they’re done traveling and bringing their music to the masses. Following huge performances at Electric Daisy Carnival and Electric Forest, the duo is stopping by Phoenix this weekend! 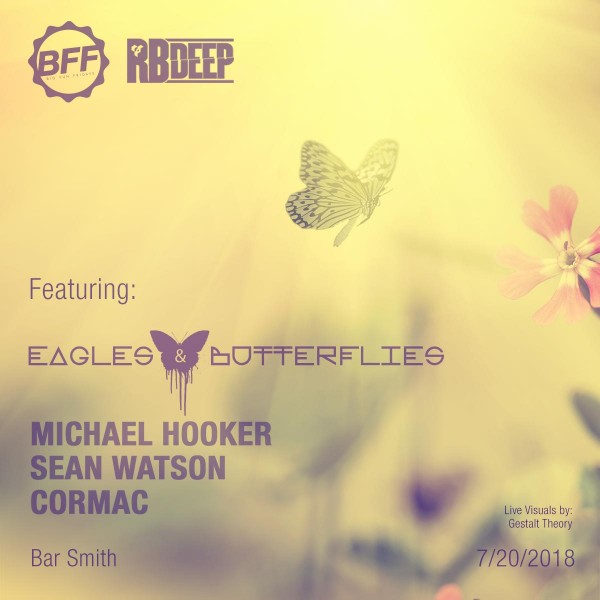 UK-born, LA-based producer/DJ Chris Barratt, a.k.a. Eagles & Butterflies is known for breaking all boundaries across the electronic music spectrum. His productions vary from downtempo to techno, house, and beyond, showing versatility like no other. With releases on Innervisions, Bedrock, Exit Strategy, and his very own imprint, Art Imitating Life, Eagles & Butterflies is the cream of the crop right now in the world of underground. This DJ has a reputation for electrifying audiences around the globe at such events as Circoloco, Awakenings, Mosaic by Maceo, Coachella, Lightning in a Bottle, and Tomorrowland, to name a few. 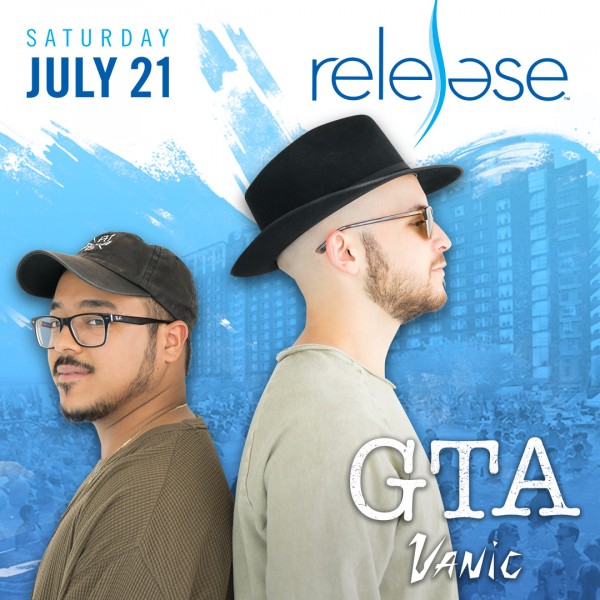 Joining GTA is Vanic. Looping pop melodies, gleaming electro, and future house, and sugary female vocals are all sound fabrics that be felt through the music of Jesse Hughes, who goes by the DJ moniker of Vanic. This Vancouver based DJ/producer has grown tremendously over the years continuously releasing refreshing tracks and remixes that display an outstandingly unique sound. 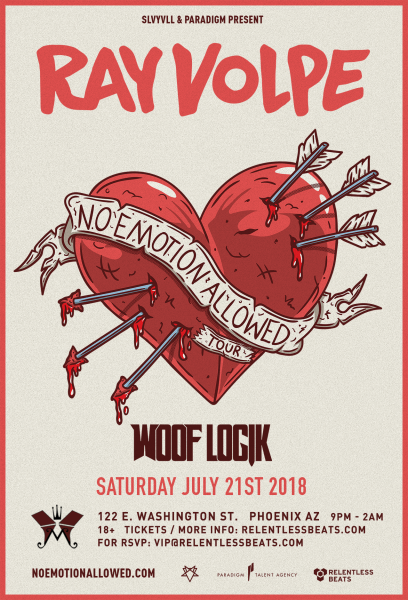 Ray Volpe is an American DJ and producer whose bass-heavy, dancefloor anthems have carved the landscape, allowing for the new-age revival of dubstep. He is supported by some of the biggest names in dance music including Diplo, Kill The Noise, and Excision. At 20 years-old, Ray is a master of his craft with the sound design and production capabilities to match the long-time professionals; but, it’s his bold commitment to integrity that sets his work apart. As the future unfolds, the name Ray Volpe grows synonymous with the best dance music has to offer.

Joining Ray Volpe is Woof Logik. Los Angeles duo Michael and Miguel have paved themselves a great way thus far, sharing stages with people like Botnek, Rickyxsan, Droeloe, Bonnie x Clyde, Plus many more all over Southern California. Their upcoming releases including their debut single take in heavy influence from some of the top bass acts in the music business and combines it all together into its own unique way, giving them an addictive creative blend. This formula has taken them quite the time to come up with and it’s only getting better as it progresses. 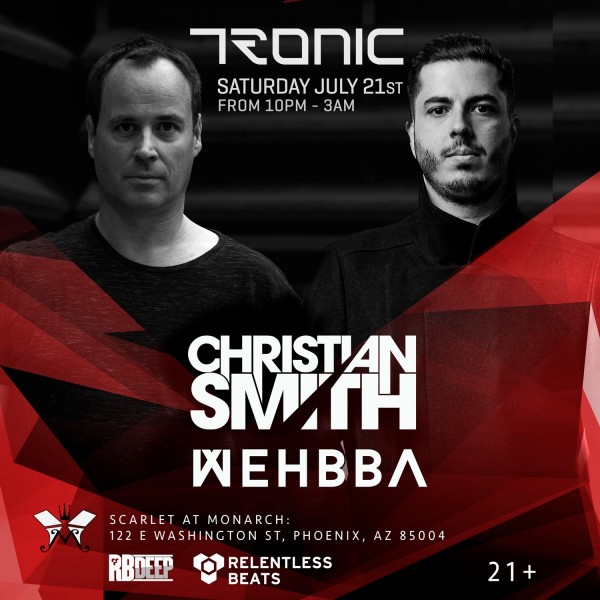 Christian Smith is one of the world’s leading exponents of techno, both as a DJ and producer he is always bold and innovative. With his output in recent years it is hard to imagine a list of prolific producers without his name towards the top. He has been at the top of his game for over a decade with his trademark groovy techno. After spending time in the US studying, Christian moved to Sao Paulo, Brazil playing the best clubs in the city and surrounding regions, where he still loves to play today and continues to have a very big following.

Wehbba is an emblematic electronic music DJ/Producer from Brazil, having his name featured across the world on respected labels and party flyers. He’s one of Brazil’s main electronic music ambassadors worldwide. Born in São Paulo, Brazil, and currently based in Barcelona, Spain, this former dentist has been spinning house and techno music records, around the globe, for over a decade. Wehbba has been a prolific producer and has developed a very distinct style, marked by superb production standards. His achievements, as a producer, could be measured by the number of respected artists who he’s worked directly with over the years.