Prepare for a rowdy one, folks! Trapfest 2018 dominates two cities this weekend, taking Tucson on Friday and Phoenix on Saturday. Also Saturday, you can also catch Matoma at Talking Stick Resort and MAXIMONO at Shady Park. 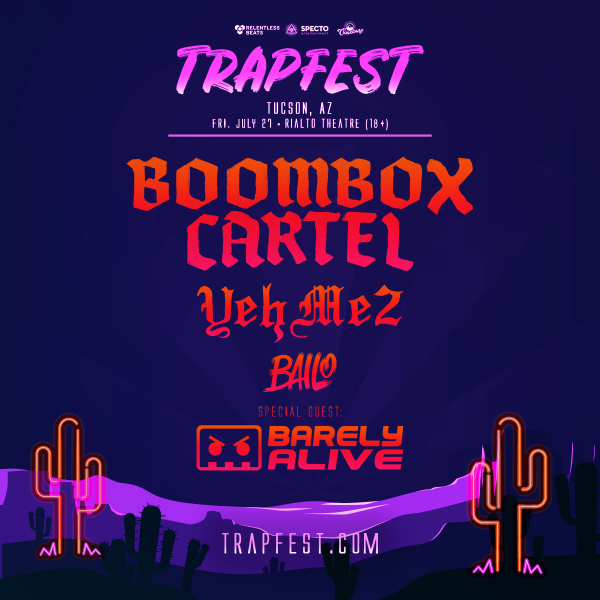 One of the grimiest nights in the Valley returns this weekend with a lineup that will turn heads. Back for its sixth year, this mini festival gets better each time. It kicks off Friday night with Boombox Cartel, YehMe2, Bailo, and special guest Barely Alive. Boombox Cartel has been making bass waves with tracks like “B2U” and “NBD” most recently. YehMe2 made his official solo debut last summer after leaving his former duo Flosstradamus. He may be producing alone now, but the energy is full force. Bailo is a rising talent who destroyed Trapfest Phoenix last year, so we had to bring him back to Tucson this year! Barely Alive is known for their hard-hitting, bass-infused dance music and iconic cassette tape helmet with sets that are overflowing with grimy headbanging goodness. Get those trap arms ready–elbows will fly! 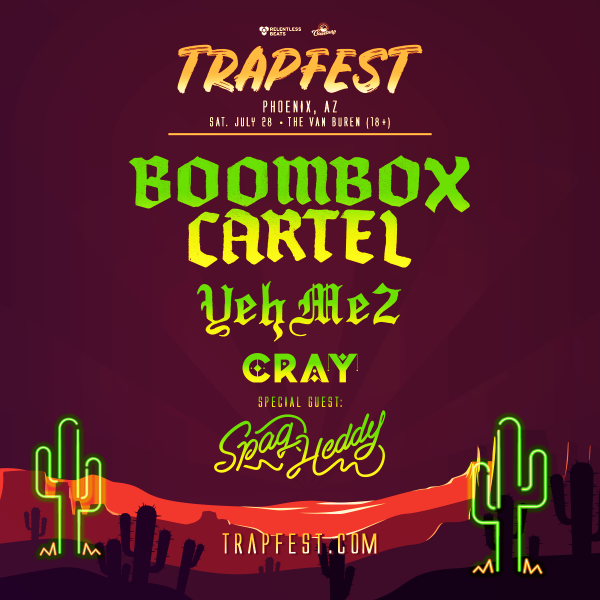 One night of trap is just not enough. Following on Saturday, Boombox Cartel and YehMe2, joined by CRAY and special guest Spag Heddy, bring the party to Phoenix. CRAY has become known for her trap remixes. She’s a major talent as she producers and provides the vocals for her original tracks. Spag Heddy began perfecting his recipe for delicious bass in 2011, and at this point, he’s one of the most popular producers on the dubstep menu! He’s been seen all over the festival circuit and if you’ve caught a set you know why. This lineup is impressive from start to finish so you’ll want to get there early for this one! 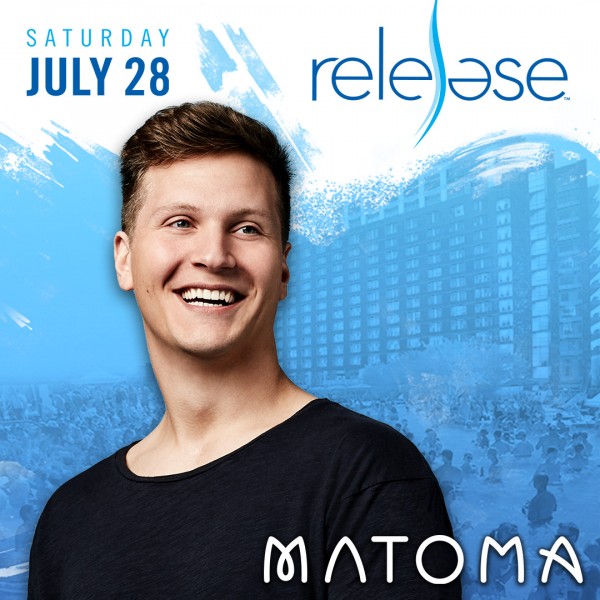 Thomas Stræte Lagergren, professionally known as Matoma, is a Norwegian DJ and producer. He started playing the piano as a child. During that period, he won a contest to perform alongside Norwegian pianists Håvard Gimse and Leif Ove Andsnes. As he grew tired of piano, Lagergren began mixing on his computer. Matoma began his electronic music career in 2014, first getting recognized for his remix of “Old Thing Back” by The Notorious B.I.G. It became popular when it charted in Norway, peaking at number two on the official Norwegian singles chart. Most recently he dropped “Lonely” with a lively remix package that includes mixes from Steve Aoki and Party Pupils. 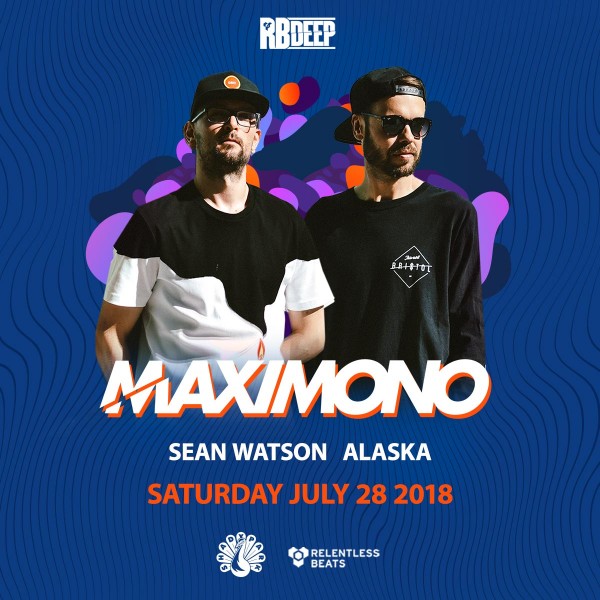 MAXIMONO, comprised of Sebastian “Sebi” Wolters and Nick Hillthe, are a British-German duo that’s been coming up in the house scene over the last few years. The boys met in 2008, both as former drum & bass producers, but it wasn’t until 2013 that they joined forces in the studio to bring their varied influences to house beats. Today, MAXIMONO delivers a fresh sound to the underground House scene, hitting some of the biggest labels in the game, including Cuff, Dirtybird, and This Ain’t Bristol.