This weekend we’ve got Dombresky taking over Tucson at Gentle Ben’s and on Saturday a very special 420 show courtesy of DeadBeats featuring Zeds Dead, TroyBoi, Liquid Stranger, 1788-L, and Blanke. 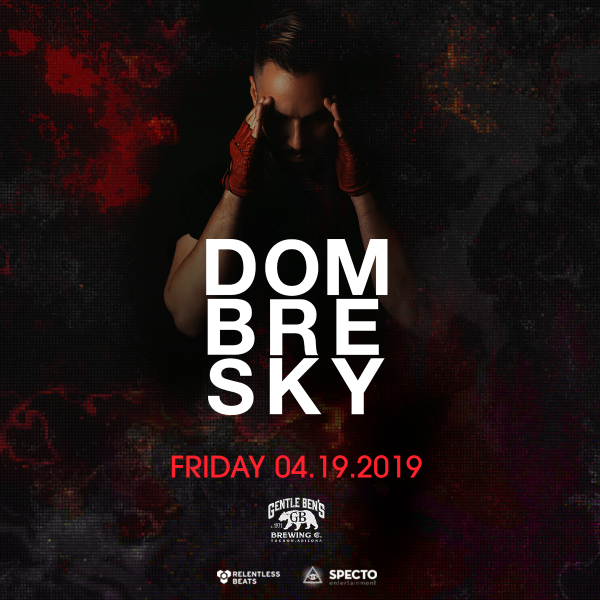 Dombresky, a producer from Paris has made his name known through his unique and authentic style. This has allowed him to make high profile remixes and work with some of the best in the house realm. “In 2015, I decided to create Dombresky and produce music under that name. It wasn’t so much a big break, but it’s definitely when a lot of things started changing for me,” Dombresky says. “Music is constantly evolving, just like we do. Who you are now isn’t the same person you were 10 years ago, either. My sound reflects that. I’m constantly figuring out what I want my next move to be. It’s a lot of experimenting, shaping, and redefining who I am as a person before I put that energy into what my sound is.” 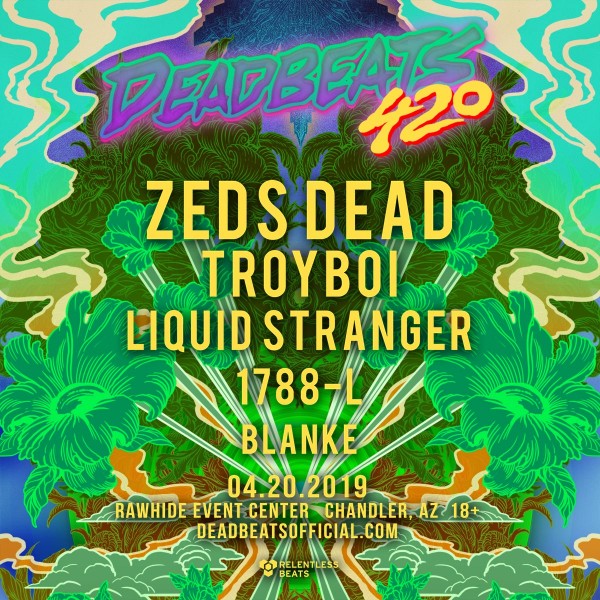 DeadBeats is a label curated by Zeds Dead specializing in all things bass. DeadBeats has since branched out into a radio show and events, such as DeadRocks, Deadbeats NYE, and the upcoming Deadbeats 420. The label has become known for showcasing some of the best rising talents and bringing the best of bass together. This weekend they’re bringing a specially curated event and lineup including TroyBoi, Liquid Stranger, 1788-L, and Blanke for a night full of blazin’ beats.