Sage Armstrong is in a league of his own. He has created his own style by adding unique elements that give off a vibe of bouncy underground beats with original vocals and driving basslines. He’s always been influenced by a variety of genres but lately he’s been blurring the lines more than ever, breaking all the industry rules. He’s worked with and seen support from some of the best in the industry including Claude VonStroke, Justin Martin, and A-Trak, but now he’s creating his own path to a global takeover. I had the chance to speak with him at Phoenix Lights; check it out below. 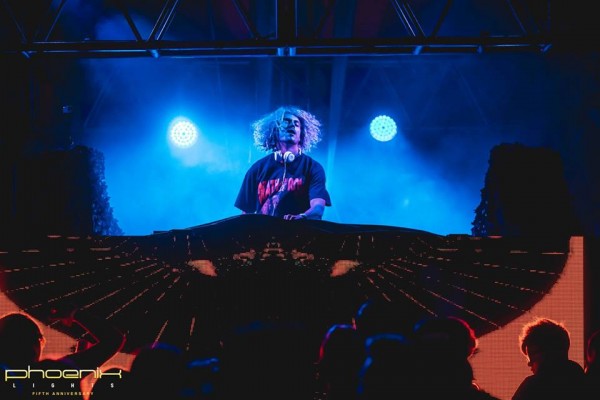 You launched Dumb Fat Records not even two months ago yet. What are your goals for this label?

We want to have a home to put out the stuff we believe in and put other artists on who might not have the opportunity. We know it can be hard to get on certain labels, they all have their yearly agendas and people they wanna help out, so you can’t always get your stuff out when you want, so we created a place for us and our music to be in control of what you see and hear and when it comes out. We eventually want to do events and all the cool stuff labels do.

You’ve worked with a variety of labels yourself. What have you drawn from those experiences when creating your own label?

I basically just looked up to certain people and how they went about doing certain things and making connections and resources. If we see that a big label is doing something that’s really working we might try that approach and see if it works. I’m really just taking everything that I learned and what worked for us and applying it to the business side. We’ve all been using our resources for promotion. We all have our own managers and different teams to help us out. We’re learning as we go, but it’s been great.

You also just released your first single under your rap persona $age. Do you intend to continue developing this persona, or what should the fans expect?

To be honest, I’m still trying to figure out, I’m new to it. I’ve been working on rap music for a while and I finally got to the point where I’m like ‘okay, this is good and I don’t want to not put it out’ but one thing is already working for me and I don’t want to mess that up. If I could I’d make it all work together. I did that tonight, I did a rap song at the end of my set and it went off. I’m really just having fun with it.

Being an artist who has just emerged over the last couple years, I think you still have time and room to play with your sound before people are like ‘this is what Sage Armstrong is about’.

Yeah exactly, I’ve just heard it from both sides. some people say ‘this is working so well, you don’t want to mess it up by playing too much rap’, and then the other side is like ‘that makes you so original, it’s you as f*ck, who else is it other than you’. I think eventually it might all come together.

Needless to say, this has been a really busy year for you already. What other plans are in store for 2019?

To keep working on music and evolving my sound. I do have a lot of shows and it can be hard to create on the road. I just want to keep learning things that help my career realistically, like I just started learning how to edit videos so I’ve been recording my own videos. I’m really into creative outlets right now.

You’re coming to the end of your spring tour dates here shortly. How do you tailor your sets between cities, venues, crowds?

I always download new stuff and I’ll start playing what I think is the most exciting at the beginning and I go off people’s reactions. I want to make them dance, but you might create a whole set and get two songs in and people are thinking ‘what’s going on’ so you really need to have chemistry with the crowd. 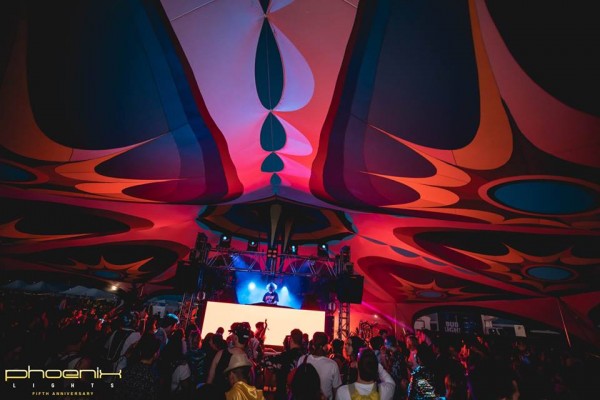 You’ve played a variety of festivals, from EDC to Countdown and now Phoenix Lights. What makes a great festival for you?

Honestly, a good taste in music, a fun crowd, good energy, and the overall environment. Everything you see, hear, smell.. you gotta hit all the senses! and honestly, I like a good variety. I don’t want to do an all techno festival, or only EDM. You need a sprinkle of something here and there. As long as there’s something inspiring happening and not something I’ve already seen or expect, I think that makes a festival cool.

In the spirit of Phoenix Lights,  if you were getting abducted by aliens what 3 things would you bring with you?

Oh, that’s a good one. One can’t be my studio, can it? Your interview, your rules. So I’ll bring my studio, and an unlimited amount of weed and utensils to smoke with. It’s like a package so all one item, and a lot of something I can live off,  like water or coconuts. Actually, watermelon. You can eat it and drink it. I’ll live off watermelon, have a studio and some weed.

If you’re into keeping up with all things innovative, unique, and totally badass make sure you stay connected with Sage Armstrong!