Why Red Rocks is More Than a Venue

Red Rocks Amphitheater, sometimes referred to as Heaven on Earth, is an open-air venue located in Morrison, Colorado. Red Rocks was conceived in John Brisben Walker’s vision for an amphitheater in the perfect acoustic surroundings Red Rocks. It started on a temporary stage in 1906, and since then has blossomed into the impressive stage revered by artists and music fans alike. Even for those not interested in a concert, Red Rocks still serves as a beautiful hiking spot with views of nature, sunsets, and the city beyond, but for those who seek it out for its legendary musical performances, Red Rocks proves to be one of the greatest venues you’ll ever experience. 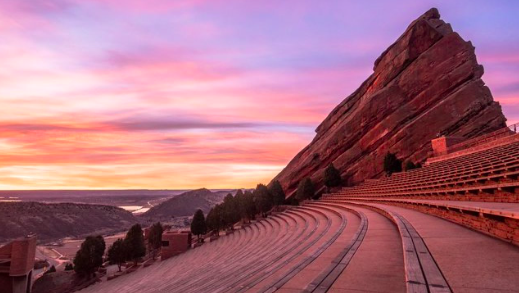 If you’ve been blessed enough to experience Red Rocks firsthand, you know it’s an ethereal place. Emerging at the top of those steps is a breath-taking moment, and once the music starts you realize you’re in an otherworldly venue. The sky stretches behind your view of the stage, with the clouds and the sunset framing the artist’s visuals and dancing along with the music. 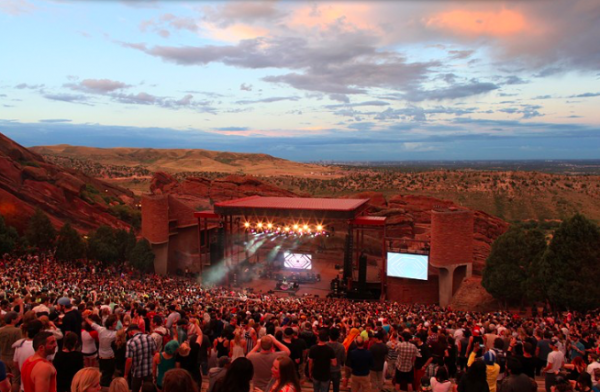 But Red Rocks is more than just a venue; it’s an experience. The energy of the natural venue and the people who immerse themselves in it is simply beautiful, you can feel your own vibrations raise with everyone else’s. It’s impossible to feel anything but gratitude for your opportunity to be there with the fans and the artists. 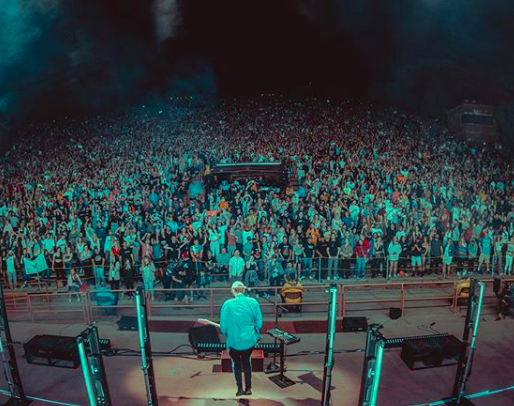 The attendees aren’t alone in the awe that they’ll inevitably feel inside Red Rocks. Artists performing there undoubtedly feel grateful and accomplished for playing at one of the greatest venues on earth. I’ve attended two Red Rocks shows, one for Rezz and one for San Holo, and at both, I could feel the energy from the artists and how special it was for them. Both artists said that it was the best nights of their lives, and San Holo even brought out his grandmother on stage to commemorate the moment. Sharing these milestones with both artists felt incredibly special to me. 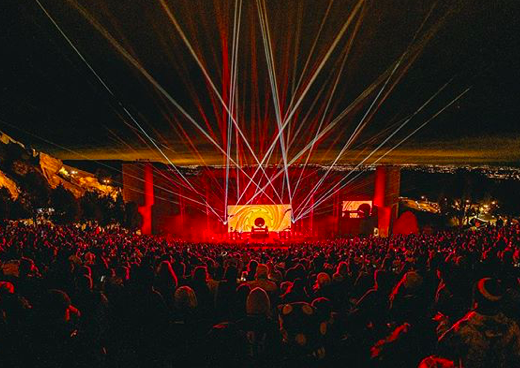 If you ever have the opportunity to attend a Red Rocks show, do it. It’s worth it to see the venue, be in its presence, and experience the magic of whatever set you’re watching.