The Best of Galantis: Our Top 5 Tracks

If Swedish duo Galantis isn’t on your radar already, they definitely should be. With world-class performances, eccentric sets, and beautifully planned tracks, their sounds uplift to the highest of heights, and it’s hard not to smile while listening to their creative and wildly fun creations. Playing one of the closing sets at Decadence Arizona at the end of 2017, Galantis started 2018 off in radiant bliss, and the entire crowd was overwhelmed with a groovy sense of joy. 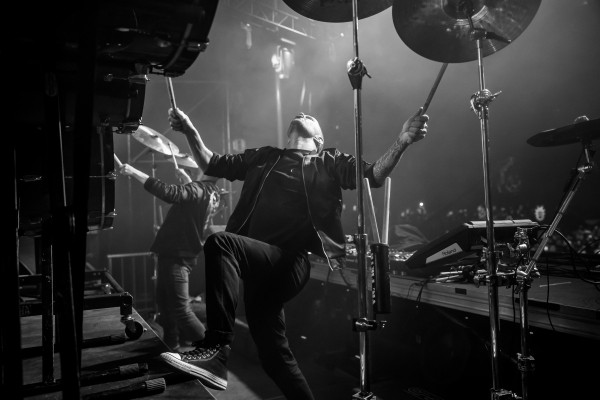 Amongst their impressive resume of top-notch collaborations, remixes, original tracks, and more, here are my top 5 picks of examples of their production that you simply cannot miss. Give each track the chance to create a new experience for you musically, and perhaps even inspire you to dive deeper into Galantis’ wondrous symphonies.

“No Money” tells a simple story of standing up to bullies in the midst of confrontation. The vocals featured on the track are performed by the son of the songwriter, making it a special piece all around. The track was wildly successful after its release, peaking at number one in Norway and reaching top 10 in several other countries. It was also the duo’s first track to make the US Billboard Top 100.

Perhaps one of their most magical tracks, “Runaway (U & I)” quickly became a staple at live performances by Galantis, and is arguably one of their most notable and popular songs. It combines a sort of nostalgic and wonder-filled theme with a sense of romance. The track was released in 2014 and was also featured on Galantis’ debut album Pharmacy in 2015. Excitingly, the track also received a well-deserved nomination for the 58th Grammy Awards for Best Dance Recording, as well as being listed as number 5 on Billboard’s “The 10 Best Electronic/Dance Songs of 2014” list.

Released just this year, “We Can Get High” is a collaboration between Galantis and Yellow Claw that is fresh, fun, and catchy. The song has candy coated vocals and high pitched edits that create an incredible vibe that is easy to follow and even easier to love. This track paints pictures of endless possibilities, and truly makes you feel like you can fly. It is equally vibey and uplifting, and is a definite favorite from their newer releases.

Perhaps a bit of an outlier from the rest of the list, this remix simply is too good to be ignored and demonstrates a different side of Galantis’ production style. With an almost mysterious and ethereal vibe, this track is more on the chill electronic side, masterfully reworking the single into an EDM work of art, filled with beautiful runs, distorted vocals, and repeating melodies. The rapping portion from Gucci Mane is kept in the song with Galantis spicing up the production behind his vocals. This work definitely earns its place as a must-hear in Galantis’ arsenal of mixes.

Lastly, but certainly not least, “Gold Dust” closes out the list. Despite being some years since its release date, it still elicits chills to this day. With acoustic vibes, heart-felt vocals, and beautifully-crafted lyrics, this track is not only one of my top picks for Galantis but for all electronic tracks. The drop is smooth and wonderful, and when experiencing this song you can almost see the gold specs of dust drifting out of the speakers that carry its magical tune. Prepare your heart for this one, because it hits you right in the feels.

Galantis will be returning to Decadence Arizona this New Years for what is sure to be an incredible experience. Don’t miss your chance to see this duo create magic alongside some of the hottest names in EDM. See more info, view the full lineup, and purchase tickets here while they last!