DJ to Watch: Level Up

We agree, it’s time to Level Up. That’s why we have chosen Philadelphia resident and bass DJ/producer, Sonya Broner, better known as Level Up, as today’s DJ To Watch. Her name, vibe and passion for this wonky world stems, like many, from her love with videos games. In an interview with Headband Society she mentions, “A lot of my tracks are inspired by sounds that are used in my favorite games. My goal is for my sets to feel like a run through of a video game progressing more and more until you’ve reached the final boss and ultimately completing the game.” Whether you are prone to the pixelated world of adventures or not, we can all agree video games make great soundtracks and music. We hear this inspiration alive and well in her most recent track “No Luck” released on Borgore’s Buygore Records.

Her unique way of twisting bass and dubstep has landed her on spot on Subtronics tour and a special VIP place in his heart. We are not sure which came first, her music making or this relationship but boy, have both growth tremendously over the past year. 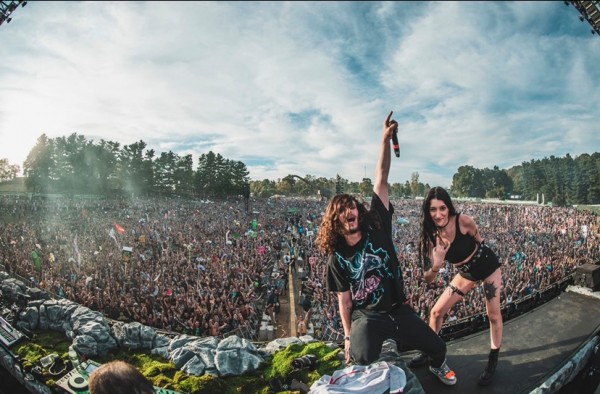 Climbing the ranks, she is now gearing up to join Zeds Dead at their second annual Deadbeats show here in AZ. Her alongside Lick, Blunts & Blondes, Riot 10 and Rusko will be blazing up the stage on May 2nd. Roll up and squad and don’t miss this one. Grab your tickets HERE.