Adam Jouneau, aka Habstrakt, is the menacing bass DJ and producer who has taken this scene by storm with his unique and powerful ability to move us from the studio to the stage. You know him from his collab with Skrillex on “Chicken Soup” and his swim through ‘Dangerous Waters’ with Jauz taking place as we speak on his North American tour. In the midst of the tour they stopped at Crush AZ and I had the honor to sit down with Habstrakt post-show to talk tour secrets, new music and projects on the horizon, and of corse his Tomorrowland debut to come in the summer of 2020. If that sounds like content you can get down with, well then get comfortable because boy, do we have an interview for you.

How has the Dangerous Waters Tour gone so far? What BTS moments or funny story can he share?

To be honest a lot of people have high expectations that we do crazy things on tour and it really isn’t the case.  The bus gives us the opportunity to set up speakers and Wi-Fi so we sort of set up a gaming room to play video games and we just play video games and geek out on music all day long. The tour gives us a lot of time to mess around and game.

What are your games of choice?

I am a big Zelda head. I’ve played that and Mario Cart all my life. Guys on the bus are really into Halo and Jauz is on a big kick with League of Legends right now. Yeah the tour life has been awesome, the guys on tour are really amazing. You know, when you have 12 people condensed to a pretty small bus it can be easy to have tensions rise between us and it’s crazy but I’ve never seen that happen. Day in and day out we’re just geeking out on each other and music and video games. It’s really fun.

Is it safe to assume you pull musical inspiration from this confined, chaotic living space?

No, I simply can’t write music on tour. There are definitely people out there who either can only create music or they write amazing music on tour but I need to be home and in my personal environment with my hardware and synthesizers to create my music.

Home is Los Angeles currently, but it used to be a south of France, correct? I’m curious if the two different environments bring to the surface new inspirations, types of music or feelings about your music?

In LA the pressure is on, you have to work really, really hard because you can do amazing things but it comes to those who stand out. There’s so many people around you fighting for the same thing you want and it really makes you work in a different way. People are sharks. When I’m here I know that I have to trust myself and work 10 times harder because the reward that comes from that is Island paralleled. It’s a blessing to be here but it doesn’t come easy at all.

You’ve been on a steady release schedule of about one track per month which is a huge uptick from pervious years. What’s changed for you to be releasing so regularly?

My vision has changed. Back in those days I was comfortable with not putting out too much music because I felt like I was okay putting 1 or 2 two songs out if they were truly the right ones. I still had about 12 songs each year I could’ve put out, I just chose certain ones to publish. Also at that time I was moving from my home in France across the world to LA and that was a really hard time in my life. I wasn’t feeling too confident at that time, which had me really scared about putting out just any song. It wasn’t until 2019 when I signed my new management, and right now I want to give a huge shout out to Prodigy Artists. Also, my Homies like NGHTMRE, Slander,  Joyryde and Whipped Cream…you know my family, they came to me and asked me what my goals were and what I want from music every month and they help me achieve that. 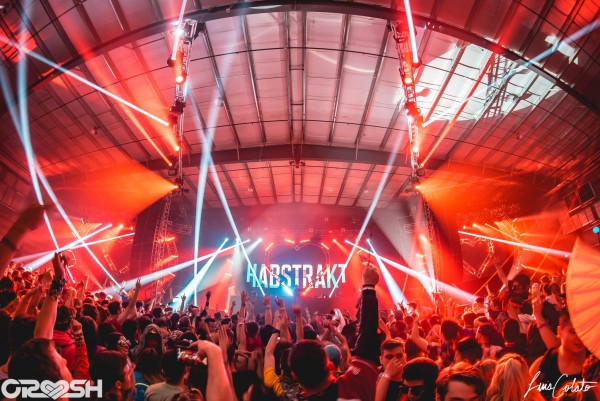 In this industry networking and connecting with fellow producers means everything, and can truly catapult ones career to crazy heights. From meeting Jauz online and having that one fateful song with Skrillex, have you made any recent connections that you think could further impact your career?

Well, that would be a tricky question to answer you see because it would spoil a big surprise. But what I can say though, is I am very blessed to have such noted artists backing me up. Like I said, I’m friends with NGHTMRE, Slander and DJ Snake because it really does help. But yeah all I can say is there have been a few new connections lately that are going to bring something big. It goes hand-in-hand with me extending myself to new realms like hip-hop my big, big, big influence with punk rock music. That’s what i’m hustling towards.

Speaking of hustle, I want to stop and give you a huge shout out for landing Tomorrowland this summer!

THANK YOU! That has been my goal for so long. But you see, the one thing about playing a show like that when living in LA is your fly over with no sleep, you get on stage to play with no sleep, and then leave. It’s really rough for you in that regard for your mental state. But I’m so excited, I see they’re bringing a lot of the west coast Insomniac and Monstercat flex. I have so many friends there and I’m so pumped. And one of the things I’m most excited about is it being in Belgium, I get to bring my family because they never come to my shows.

Have they been here to a show in the states?

Nope, never. I have one sister who came to visit and I’ve been trying to get them out here for 3 years and hey dad, if you’re reading this right now…..COME TO ONE OF MY F*CKING SHOWS, seriously bro.

What’s next on the horizon for you?

Honestly my goal right now is to not only keep on the track I am on but to also produce and be the sound engineer for a band. Either hip-hop or punk rock but that’s definitely what’s next for me.

Perhaps your own record label is also on the horizon? I know curating music that you’re passionate about is something super important to you.

Oh yeah, that’s in the works right now. It’s going to be something like a brand/crew/label/movement. My big influence with that is my French background. But yeah that’s all I can say right now I can’t go too deep but it’s coming.

Because we are at Crush, I want to know who is one artist you would LOVE to collab with that you haven’t yet?

MALAA. Him and I are the same but not the same but we’re also the same so we just need to find common ground and do it. That’s one I want really really bad.