With most of the world shutting down in response to the COVID-19 pandemic, DJs have been getting increasingly creative in connecting with fans. Phoenix-native BIJOU is a shining example of such. Between a handful of new releases over the past three months, a consistent livestream presence, and his new endeavor teaching production, he’s been active and engaged in keeping the scene alive.

We had the chance to speak with BIJOU ahead of his upcoming performance at our first-ever Road Rave. Check it out below. 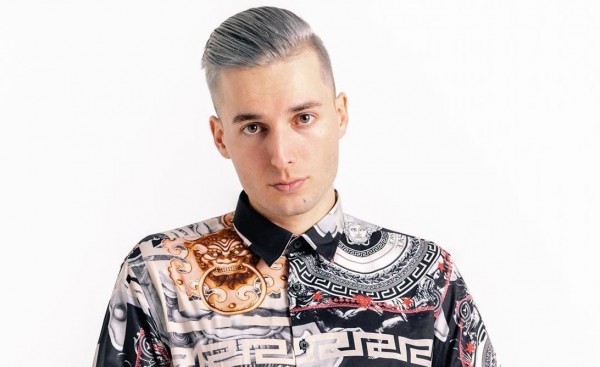 First, how have you been? Times are crazy!

Hey hey! I’ve been great, busy as ever surprisingly, but not mad at that whatsoever.

How have you been staying busy over the past few months? It seems like you’ve been able to stay really engaged with your fanbase.

The last few months have been crazier than when I’m touring, to be honest. I’ve been super busy with all the upcoming music and production lessons on a daily basis. I’ve stayed steady with singles coming out, that’s really allowed me to stay engaged with everyone and keep things rolling. It’s been great to have this time to really help others with their production and watch others grow.

You’ve been releasing a lot of new music in recent weeks. Were these already in the works or a result of quarantine?

Other than my recent remix for Whipped Cream & Lil Keed, all the new music has been sitting in the vault for quite some time. My team and I have been gearing up to drop a bigger project later this summer and a few of these will be a part of that.

You just released a new track, “One Life,” a dedication to the late Nipsey Hussle. What does that song mean to you?

Nipsey Hussle has been a massive influence on my life in more ways than one. He really dedicated his time and his work to not only himself, but did everything he could to inspire others before his passing. This really showed me that this one life we have is delicate and we only have a single opportunity to do what’s right. All in all, there’s more than one meaning to me for this record, but it’s something very deep and close to my heart.

You also recently started teaching production. What made you want to get into that? What have you learned from the experience so far?

I think teaching runs in my blood for a couple of reasons. My dad was a teacher and has always wanted to help others learn, no matter what that thing may be. I think he really passed that down and it’s inspired me to pass on what I’ve learned over the years of production. One of my biggest goals is to help others achieve the things they seek out and this has allowed me to help people do this on a daily basis.

You’ve been part of quite a few livestream “festivals” already. How have those sets differed from what you might do in-person?

The live streams festivals are really cool, but also kind of weird. It’s amazing because it’s created this massive platform not only for the artists but for fans around the world to watch from their own home. It’s weird in a sense because you’re either in a studio, or a room with no one but you and maybe a couple of other people. This can make it just a tad bit awkward especially when you’re used to playing for a crowd.

Road Rave goes down THIS WEEKEND! As the world changes, we have to continue to innovate and this is a first-of-its-kind event. What are you most excited about?

I’m excited to finally feel the energy from a crowd again. It’s been AGES since I’ve had that feeling and something I’ve been craving for quite some time now. I just really hope everyone stays safe and can abide by the rules so we can keep having these sorts of events. 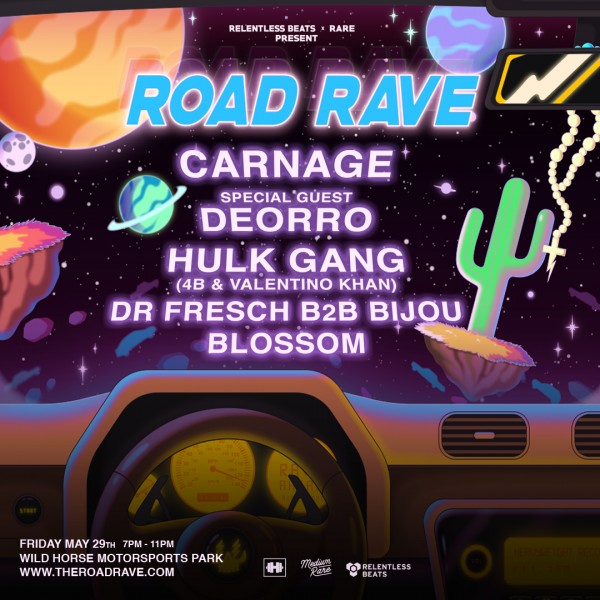 How do you think events like Road Rave will continue to grow as the industry finds a new “normal”?

I’m honestly not sure how they will grow, especially because things are starting to open back up now, so we may be back in clubs before you know it. I don’t really watch the news, or pay attention to tabloids, I find them to be more negative than anything and that’s a vibe I don’t want to be a part of. We’re all in an uncomfortable situation at the moment so we just need to do our best to continue moving forward in a safe manner.