The Mayans spoke of transformative events in 2012 and many now expect this prophecy to come true in the form of Arty. Having been tipped as one to watch in 2011 by peers and tastemakers across the industry he has been predicted by the likes of MTV, Dancing Astronaut and countlessly many more to be one of the biggest artists in the coming year.

With big room house anthems such as “Around The World”, “Kate” and “Mozart” (w/ Mat Zo) receiving support in sets and radio shows by Avicii, Swedish House Mafia, Tiesto, Armin Van Buuren, Above & Beyond, Skrillex and so on, and so forth, he has been targeted by many A-list producers including Axwell, Dirty South, Porter Robinson and Knife Party to collaborate on new productions. The new single “Trio” with Matisse & Sadko is due out on Axtone shortly and a completed remix of Dirty South’s “Walking Alone” is already rocking the dancefloors for the few who have the exclusive pre-release.

RSVP to the event on Facebook and buy tickets with the links above. Learn more about Arty. Join our text list by filling out the form in the upper right of this page or texting RBVIP to 545-454. Email vip@relentlessbeats.com for table reservations. 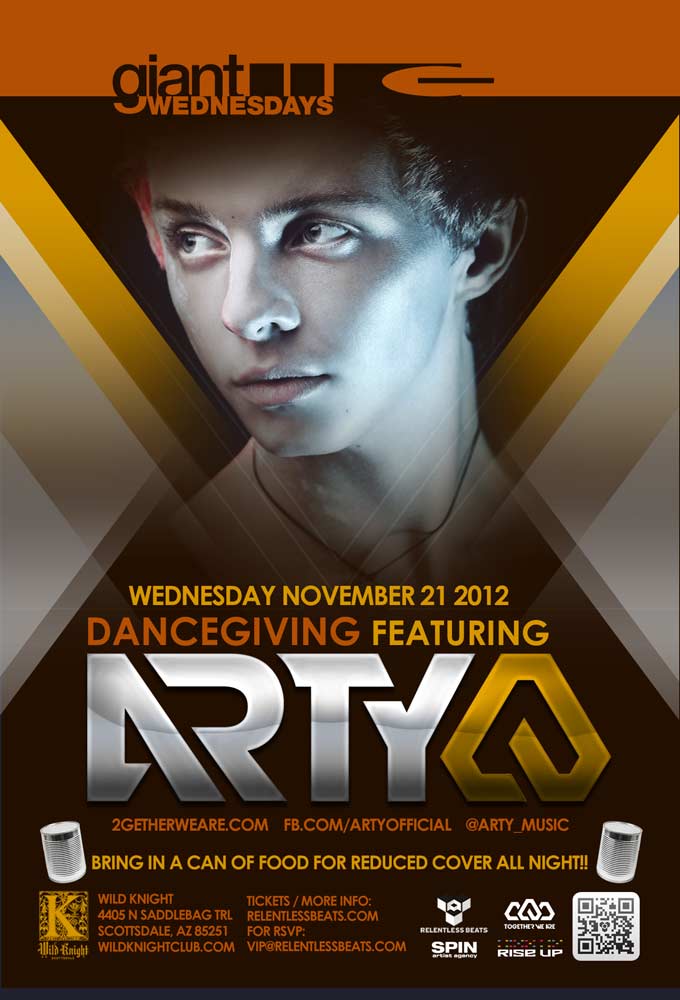