Bingo Players (Paul Bäumer & Maarten Hoogstraten) have been left gasping for air after a seriously hectic year with bookings in the Netherlands and abroad. Outgrowing local bingo halls to play with the big ballers of the game has been the result of their hard work and devotion. The Bingo Players appear to have been made for each other, the proof of which came in November 2009, when the DJ/producer duo topped  the Beatport overall chart for a second time with their remake of the dance floor classic, “Devotion”, which stayed on no. 1 for two weeks and over a month in the top 10! Today, they’re on a roll with a slew of great hits including L’Amour embedded below.

RSVP to the event on Facebook and buy tickets with the links above. Learn more about Bingo Players here. Join our text list by filling out the form in the upper right of this page or  texting RBVIP to 545-454. Call (480) 213-9500 for table reservations.

Maarten Hoogstraten wasn’t like other kids his age. When he was 10, his friends were buying toys to play with, but Maarten was already spending his cash on vinyl and CDs. “You know how it starts,” he said with a chuckle. “I was the one who … Read More 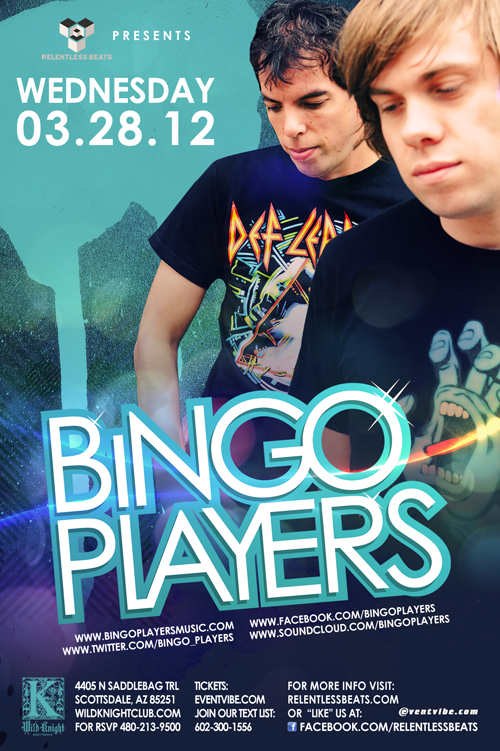