I’m Dillon Francis, I’m from Los Angeles and I’m 24 years old. If you want to know more about me you can follow me @DILLONFRANCIS or go to Facebook or my Tumblr 666fuckingdie.tumblr.com. I probably won’t do an interview or photo shoot but here is an amazing … Read More

Big Gigantic, whose blend of mind-bending beats, thunderous bass, and frenetic melodies has developed a rabid following since forming in 2008, has taken their sound to yet another dimension with the release of their newest album 'Nocturnal' (available now for FREE download at www.biggigantic.net). The … Read More

Mixing a unique future sound with hip-hop and pop elements, Jai Wolf is gaining the attention of fans and influential musicians alike. After Skrillex saw a tweet containing Jai’s bootleg of his hit song, “Ease My Mind,” he immediately signed the remix. Since, Jai Wolf … Read More

No longer is it a crime to mash a hip-hop acappella into a techno track. In this arena, A-Trak, aka Alain Macklovitch, leads the pack. The 27 year-old Montreal native rides the line between hip-hop and electronic beats in a refreshing hybrid of everything ass-shaking.” … Read More 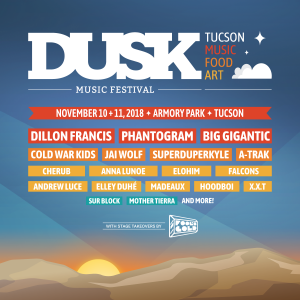