John Digweed is a DJ’s DJ. The beauty of what he does lies in just how different he really is from his contemporaries. From his early beginnings in Hastings, England at the age of 15 in the blossoming scene of acid house to the apex of the international dj’ing world he has created and maintained a level of integrity that is the benchmark for both dj’s and producers globally. In fact, he has reached the very top of his profession, being voted #1 in a voter’s poll. John Digweed has become the people’s choice while maintaining his longstanding presence in underground dance culture. His popularity as both a dj and a person seems to have no limits, but his efforts transcend dj’ing alone, he is as much a producer and promoter. His moniker “Bedrock” is actually three things: a record label, a promotions company and a studio production partnership with Nick Muir.

RSVP to the event on Facebook and buy tickets with the links on the right. Learn more about John Digweed here. Join our text list by filling out the form in the upper right of this page or  texting RBVIP to 545-454. Call (480) 213-9500 for table reservations.

Some DJ careers are built on hype. John Digweed’s career is built on substance. One of the planet’s most popular DJs, his sets never fall out of favour with clubbers the world over, as his relentless global gig schedule testifies. From ethereal, swirling cinematic soundscapes … Read More 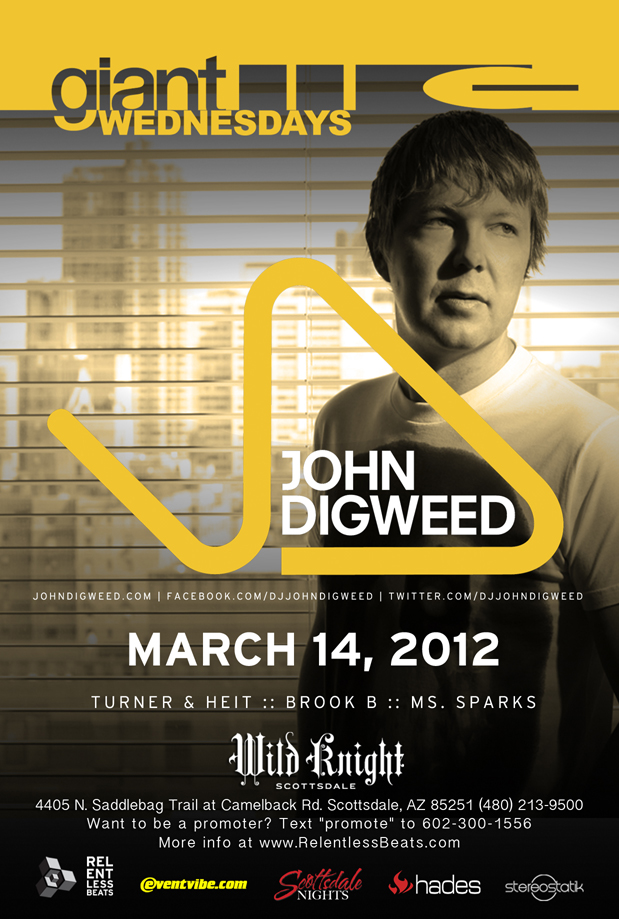