Launching his music career from his freshman dorm room, the Los Angeles-based 22-year-old producer/DJ, Justin Jay, has already seen success that extends well beyond his years, but he is surely not resting on any laurels as he further refines his expertise as a true artist. … Read More

Combining two artists and a stock trader into an all-encompassing art project was surely a novel concept. Autograf — formed by Jake Carpenter, Louis Kha, and Mikul Wing — crafted a shimmery mix of futuristic, tropical house with a D.I.Y. ethos that melded the skills … Read More

Productive and successful for more than a decade, Italian native artist, producer, DJ and multi-talent EDX first hit people's radars in 1994 with various mix tapes that within weeks had circulated around the globe. With his new found fame, EDX quickly climbed up the ladder … Read More 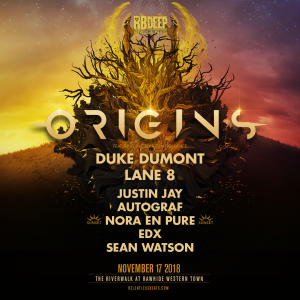