There were many great sets at HARD Summer 2015 from Porter Robinson taking audiences on an epic journey through music, to Jack U shutting down the festival with their many guest appearances and fantastic lighting spectacle, to The Chemical Brothers reminding us all why they hold so much presence in the industry and through their music, to Odesza who take a unique approach to performing live. But I don’t want to highlight the sets with this article, I would like to talk about the moments that occurred at HARD Summer. The individual, pin-pointed specifics. What this person did, what that person did, how they connected with audiences, how they made audiences laugh, how artists redeemed themselves in audiences eyes. Take a look at what I believe to be the greatest moments of HARD Summer 2015!

5) Jauz Takes A Moment to Thank His Fans

The story behind Jauz and his relationship with the HARD Summer brand is quite the tale. During his set this year at the HARD Stage, Sam Vogel took the time to stop playing music and tell this tale to his audience. What he had to say proves this man graciousness, humbleness, and overall dedication to his fan-base. What he says is this, “Let me talk to you guys real quick. One fucking year ago today, exactly, I came to this festival with a general admission ticket and was out there in the crowd with you guys. Just a normal fucking dude. And literally one year ago today, I heard my good friend Tchami play this song for the first time. It was the most amazing experience of my entire life. My entire life changed. But, it’s because of every single one of you right here, right now, that I get to do what I do. Thank you guys so fucking much.” Goosebump-inciting words, huh? 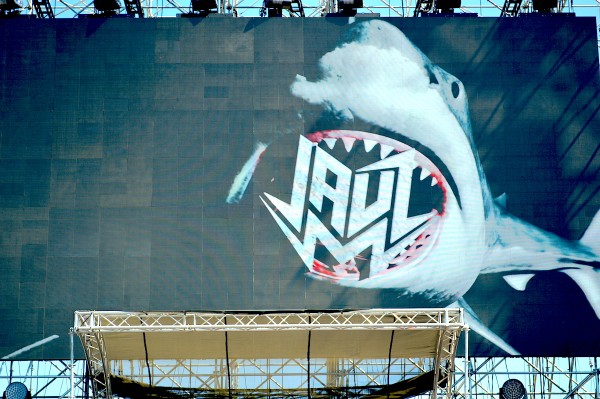 4) Dillon Francis Gets To Close Out His Hometown Festival

Going to HARD Summer, you know that Dillon Francis will be there. He has been there every year since the his debut in 2011, and has been rewarded a better time slot year after year. This is the first year, however, where Dillon was granted the closing time slot on the first day of the festival. Being such a staple, it was a special moment to see Dillon close the festival with an amazing light set-up, classic Dillon Francis animations, many tracks from his new fire mixtape, and just a fantastic overall presence and happiness with his attitude. If you follow Dillon Francis at all, you know he is certainly the comedian, but on Saturday night, he put his antics to the side to leave his audience with a very special and humble thank you for bringing his career so far. It was a very cool experience to see this LA-native light up. 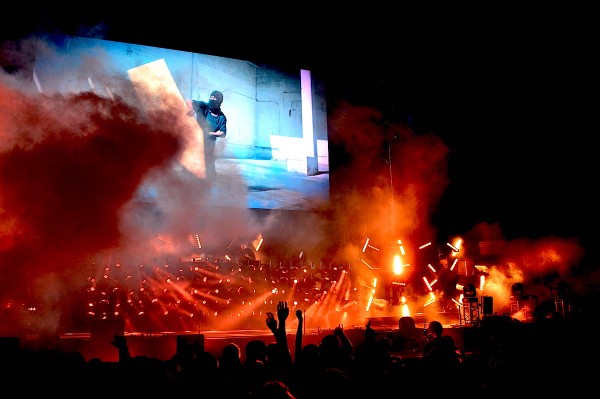 Agree or disagree, I had a lot of respect for Justin Bieber when he came out on stage with Jack U this time around. I was in Miami for Ultra Music Festival back when Jack U brought Justin out to close the festival with “Where Are U Now”, however I was supremely disappointed when I saw that Bieber was up there on stage lip syncing. Now, I previously had no problem with the pop star, however when I saw this I lost a bit of respect. Audiences are going to have more respect for an artist if they go out there and try, rather than if they fake it. Therefore, I was pleasantly surprised when the duo brought Bieber out again for HARD Summer. In my mind I’m thinking, “oh, great, another round of the Justin Bieber lip syncing competition”, however, I was pleasantly surprised when I heard his actual voice. You could immediately tell that his voice had no augmentation like it likely has in the song, so it didn’t sound identical to the recorded version. Yet, I had a lot of respect for the fact that he took the jump and performed live. This time around it felt much more authentic and I appreciated that. However, the boy band dance moves are still a little much. 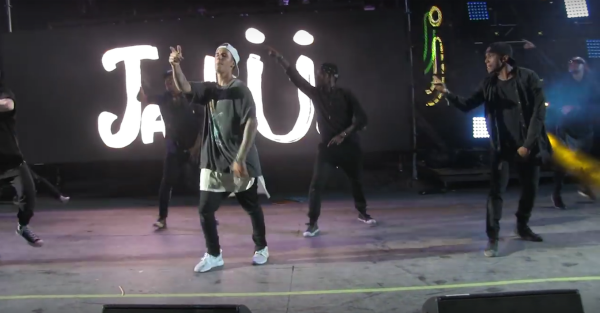 Alright, he didn’t actually hop the fence to get into the festival, but the comedian that he is, jokes about it in reference to last years crazy attendees who tore down a fence to get into the festival. As I was photographing Ninja and Yolandi Visser of Die Antwoord, the security began herding the photographers out of the photo pit, indicating that something big was about to happen. Next thing you know, an unknown figure in a white track suit takes to the stage. It is not immediately apparent who this figure is, but once he got a hold of the mic, his voice, along with his body frame, was instantly recognizable. Talking about how this is the HARDEST of summers, Jack Black was a welcome treat at this year’s festivities. Unfortunately I wasn’t able to snag a picture of Jack Black, but you can check out a video here! 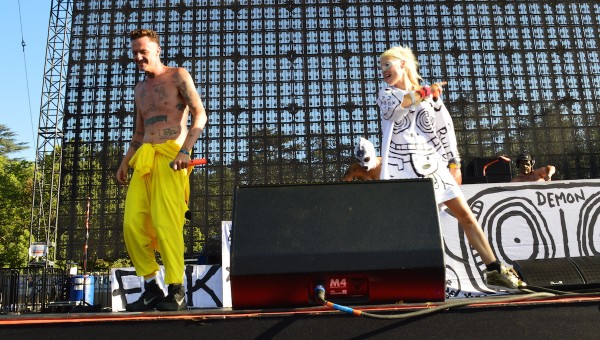 I know I said I wasn’t covering sets, but rather specific moments. I can’t go without saying something about Porter Robinson’s set. I just can’t. If I could include each individual portion of Porter Robinson’s set as a different moment I would. This article would be a little blurb about each song, each visual, each moment. To make it easier, Porter Robinson’s entire set was the best moment of HARD Summer. It was a journey, plain and simple. Robinson’s love for video games also plays a crucial role in the visuals of his show. With many video games taking on the role of a journey or quest, and being highly involving forms of storytelling, what better form of media to compliment Robinson’s adventurous tableau? As my group and I traveled from the back of the crowd to the front, Porter Robinson’s music served as the soundtrack to our odyssey through the audience. His live set is pure magic and with his Worlds album serving as primary source of material for the quest-like set, there was no better way to spend your Saturday night at HARD Summer. 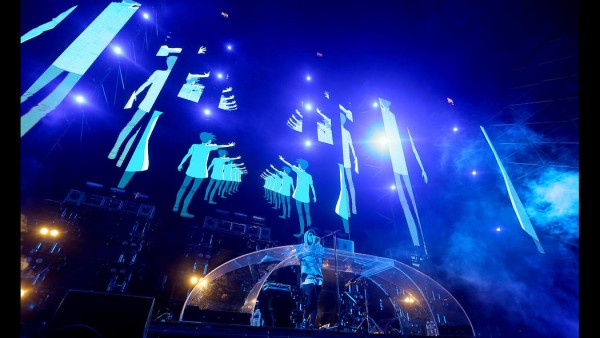 This was an amazing year for music at HARD Summer Music Festival. There were many more moments at the festival that I did not get to discuss, and many that I did not even witness myself; however, these are the five that will be embedded in my memory for the years to come, and I can’t wait to experience more at next years installment of HARD Summer!