As the millennial generation hordes to the main stage festivals, the overplayed pop sensations and the Zac Efron wannabes, a sect of hard-heads slowly grows in the darkness.

Compared to their rainbow bright, happy-go-lucky EDM counterparts, these fans may seem the farthest thing from “Ravers” as the image MTV has painted for the general population.

Even Hardstyle doesn’t quite cut it for these individuals.

They are a rebellion to the commercialization of the ‘Rave Scene’, and probably the only bastion of the scene that has not and will not ever be corrupted.

Welcome to the world of Gabber… Hardcore… Terror… And Up-Tempo. 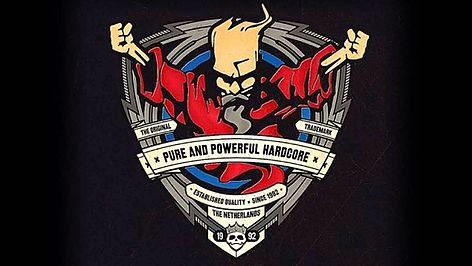 So where did this music start? Flash back to over 25 years ago when a group of artists shot off from Acid House and Techno to create something heavier, harder and darker… Gabber music is born, and with it comes Hardcore and a multitude of sub-genres to follow. In 1992 the music gets its first large-scale event hosted by ID&T, Thunder Dome is born. With The Dream Team: Dano, Gizmo, The Prophet, Buzz Fuzz, Gabber and Hardcore is unleashed upon the masses for the first time.

Flash forward to 2015. Combat boots imprint the ground as thousands march to the beat of its drum. Fire spouts into the sky as a junk car filled with men and woman is let from a rope and flies to the ground. Dirt bikes fly off ramps and cross in the air, and just before that car hits the ground… Zip… Pop. The bungie rope becomes taught and slings you back up to fall again. Fire, lasers, fire, more losers, black everything. Welcome to Dominator, one of the world’s largest Hardcore festivals. A place not for the faint of heart. 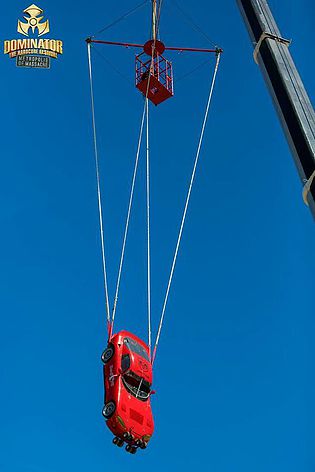 From Dominator to Syndicate, Masters of Hardcore to Thunder-Dome, Hardcore and the sub-genres associated with it command a literal army. 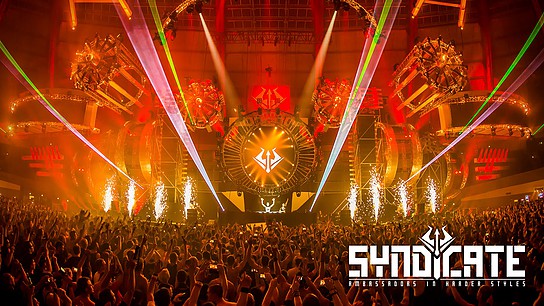 Starting at 160BPM, Hardcore can hit all the way up to 200 beats per minute! Hardcore artists push the limits for most, and then push them even further after that. Exploring deeper into the genre the tempos can range greatly, even exceeding 1000BPM!

Hardcore sits way under the radar from the mainstream crowd, but that’s not to say it isn’t popular. To say the least, as far as ‘underground’ music goes, this shit is MASSIVE. The movement and people behind this music is pure.

So… Where’s a good place to start if you want to join the dark-side? I’d say before you jump head first into Dominator do a little research and find a Hardcore party near you. Arizona, California and New York are all well-known hot spots around the states, but there are parties literally everywhere, you just need to look! This month is better than ever to get into the Hardcore scene here in the States with literally the biggest Hardcore lineup to ever invade United States soil.

Trauma Harder Styles Tour is hitting seven North American stops this February starting in Edmonton and running through to Los Angeles. You can find more info on the tour here: https://www.facebook.com/TraumaHarderStylesTour

Featured on Trauma is mister Tim Shopp, a state-side Uptempo Hardcore and Terror DJ and producer (Playing Brooklyn Feb, 27). Tim was courtious enough to whip up episode 3 of the BPM Boost podcast. Crank the volume to 11 and buckle up, this one’s a hell of a ride.

“I totally understand that many people don’t like this kind of stuff. It’s just not for everybody and that’s how it’s always been. It’s just something that’s ours, and doesn’t need to be globally accepted like mainstream EDM. No need to attack people who don’t understand why we like this music. I think it’s generally not a matter of ‘hate’ on their part, but more a matter of different cultures.” – Angerfist 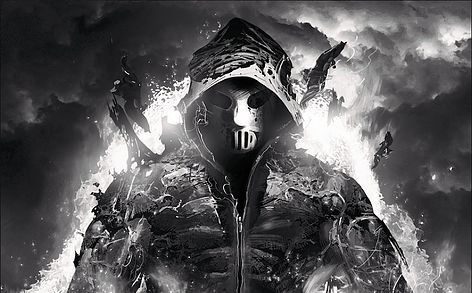 Check out this video for more on Thunder Dome: