The year of 2014 feels like yesterday, and truly was the best days for Greenwich, NY Electro-rock band Phantogram, and Detroit rapper, Danny Brown. High on the chart topping thunder of their second full length album release, Voices proved enough of its worth to carry on in the alternative charts as well as coming in 11th on the Billboard 200. While their sophomore album did find success with tracks like “Fall in Love” and “Nothing But Trouble, “ “Black Out Days” saw light as the band’s third in line to become a single. Quick to the draw, Phantogram later released a remix featuring a verse from Danny Brown, who harks back to the vibe similar to his tracks with Purity Ring. Incorporating Leo Justi, a Brazilian producer, the essence of the original melody is kept, while multiple percussion elements are added to round out the beat and suit it to Danny Brown’s rap.

While Phantogram’s Black Out Days stands just as well as its own original track, Danny Brown and Leo Justi add the necessary “beef” to the track that add a more aggressive element. Danny Brown’s rap does incorporate some heartfelt lyrics of hallucinogenic romance, but can sometimes be overshadowed by his rough and bawdy vocal delivery. The Black Out Days remix shouldn’t be a simple promotional release for a single long past, but sadly did not get much coverage aside from being released on Phantogram’s Soundcloud. With its limited release, it did become a temporary fan favorite, but failed to make a significant impact aside from the single using the remix as leverage with its then-success. 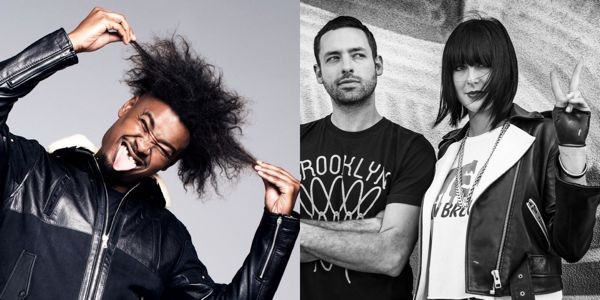 Leo Justi’s extra twists and turns added to the percussion elements really make the track shine, while giving it enough organic bass to further itself away from the original track. Next time you’re looking for a sick lick to drop at your next kickback, give this remix a spin and watch your friends have a simultaneous eargasm. Danny Brown always finds his home amongst his EDM-influenced peers, and Phantogram never fails to slay at parties.