We had the the pleasure of heading out to San Diego this weekend to check out the third edition of CRSSD fest, where the line-up is just as vibe-y as the atmosphere. One of the highlights of the weekend was getting to witness deep house wunderkind, Oliver Heldens, show of his more tech-based and dark alter ego, HI-LO, with his first set as this moniker. Let me just say… it’s everything you could have ever hoped for. 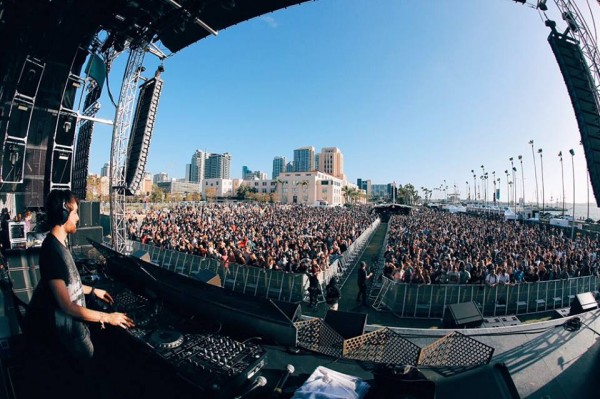 As the sun began to set and the sky turned a deep orange, HI-LO took to the stage with his latest single, “Ooh La La” which started off the show in prime fashion, giving fans a sprinkle of flavor, what to expect from the next hour. True to Oliver Heldens’ character, in addition to music, he treated us to a dance, grooving and getting the crowd going past the dark and dirty vibes. Also throwing in some HI-LO remixes and singles from other artist off of his recent imprint, Heldeep Records, Heldens proved to us all that he has the ability to differentiate himself from his other musical identity, while remaining true to his character in performance. And to top it off, he took pictures with the crowd afterward!

If you didn’t get a chance to check out HI-LO this weekend at CRSSD, Heldens will be playing Miami parties during Miami Music Week as both HI-LO and Oliver Heldens! As a freebie in celebration of Music Week, Heldens has dropped his latest release as Oliver Heldens entitled “Ghost”. This is an energetic and joyous track featuring lively vocals from RUMORS. Check it out!