This week brought a lot of releases, teases and twists to the EDM-isphere, and Twitter is always the first to tell us about it. Check out what’s been up with our DJs.

Deadmau5 is out there making moves and taking names after Germination Festival, scheduled for April 22-24, posted a picture with the silhouette of Deadmau5, Bassnectar and GRiZ advertising for tickets. The picture implied that these artists would be announced on the lineup to encourage fans to purchase presale tickets, but according to Deadmau5’s Twitter rant, that is NOT the case. 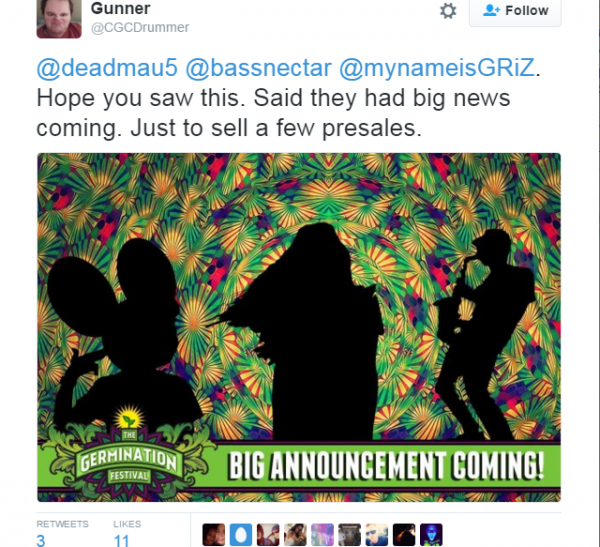 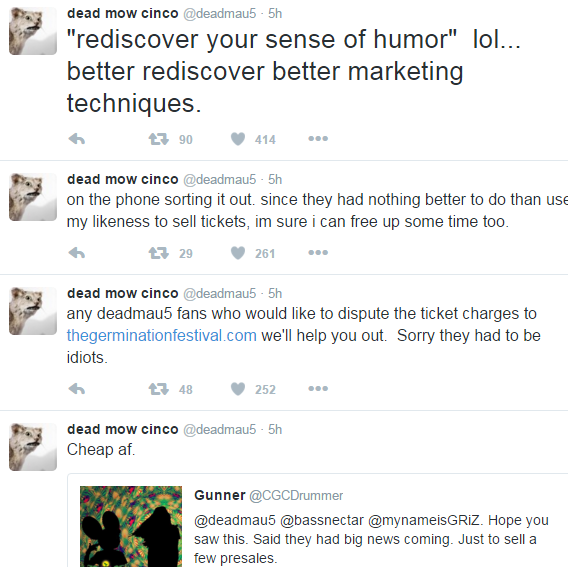 Steve Aoki played a show where he gave us a little teaser of his new collab with Adam Lambert and Felix Jaehn that’s scheduled to drop at the end of the month. He warned his Twitter followers prior to the show to be on the lookout for a sick Snapchat story, and even posted a permanent snippet on his Twitter to keep his fans hyped about the track called “Can’t Go Home.” Check it out in just two weeks! 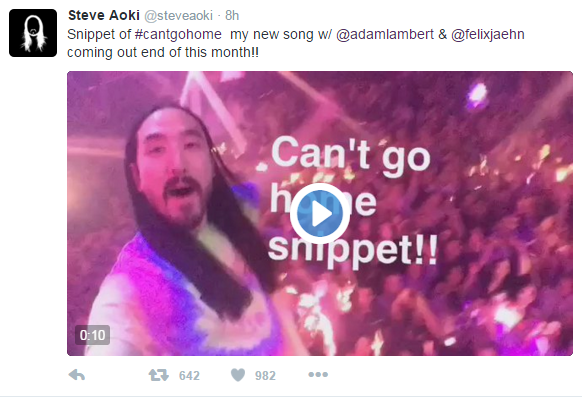 Kaskade recently blew up Twitter with his L.A. scavenger hunt game for tickets to his show, and again this week when he joined Dillon Francis and the Uber Eats team for a day. For those who don’t know, Uber has a feature where it will actually deliver you food, and sometimes… a famous producer. Uber requests went off the charts in L.A. after it launched it’s own app for Uber Eats and recruited Kaskade and Dillon to help deliver some pizzas to lucky (and hungry) fans. 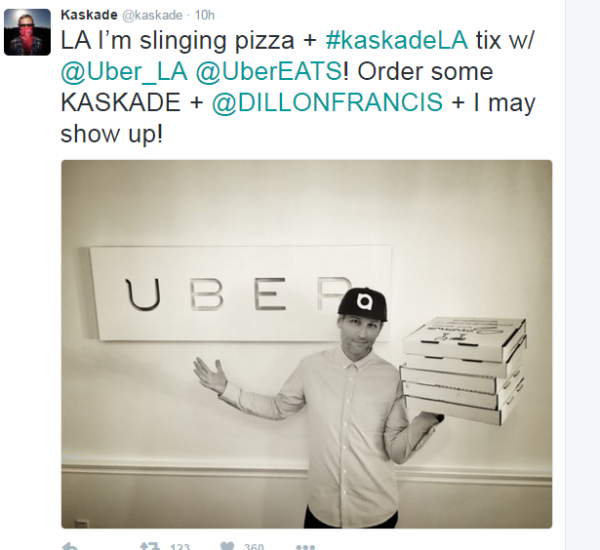 We’re just as confused as you, Morgan. Aviici has been posting hints- but nothing concrete- that he’s suddenly working on a new project called “The Crowning of Prince Liam.” We’re assuming that’s his band name, and we’re watching anxiously while Aviici posts tweets featuring guitars, keyboards and drums during studio sessions in various places. The band’s first stop was at the Grand Canyon. Is Aviici taking on a new genre of music? Is he changing his sound? Check out the videos on his Twitter to decide. 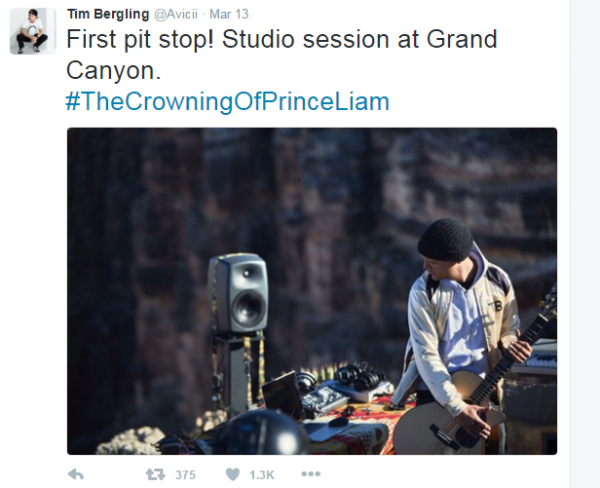 Today Zedd released his True Colors Tour After Movie and he made sure we all knew about it. He’s kept the anticipation high for the last few days, and finally released it today with a snippet on his Twitter.  The four minute video shows the best moments of the tour and really makes me have extreme FOMO. After watching this video, you won’t want to miss Zedd’s next tour. 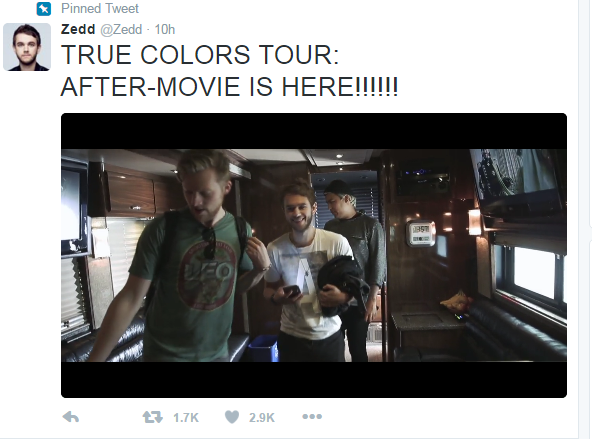