Phoenix Lights Review: An Out of this World Festival Experience

After 2 days filled with great music, beautiful art, and good vibes, Phoenix Lights has come to an end for 2016. Thousands of fans filled the grounds of Margaret T. Hance Park with radiant energy as headliners such as Yellow Claw, Kaskade, and DJ Snake hit the stage. Phoenix Lights made a spectacular return for its second edition even gaining recognition from YourEDM  for its massive lineup and low prices in comparison to other festivals of its size. 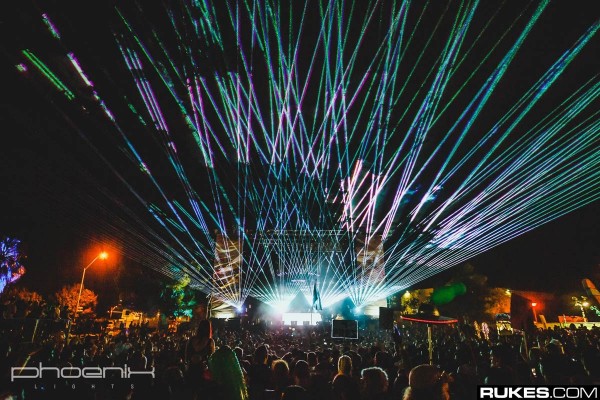 As soon as you walked into the festival grounds you were greeted by a giant alien monster at the Invasion Stage. There you could enjoy some laid back dancing to the beat of SNBRN, Jai Wolf, Bakermat, and more along with some heavier sets by the likes of DJ 4B and TroyBoi just to name a few. 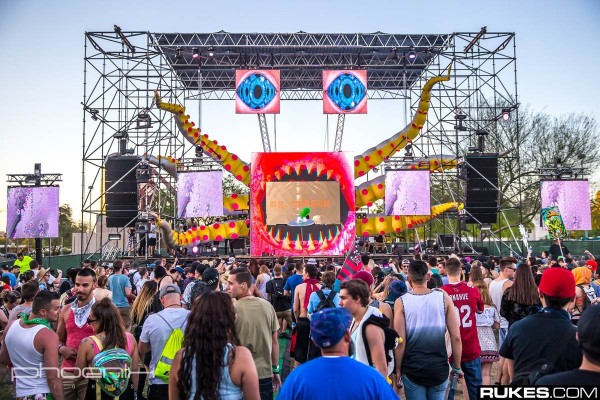 Just to the side of the Invasion Stage you could find the silent disco as well as an amazing art tent where you could watch artists work on their pieces live. Behind that was all kinds of festival gear and accessories and also some gambling games in case you were feeling lucky. Alongside the fun and games was a variety of food options including noodles, pizza, and many other festival fan favorites.

And last but certainly not least was Mothership Stage complete with LED screens and a massive sound system topped off with pyrotechnics and confetti. This stage played host to heavy hitters Black Tiger Sex Machine, Yellow Claw, Eric Prydz, and Kaskade followed by a magnificent grand finale fire work show and thats just for day one. Day two got even more wild with artists such as Ghastly, Ephwurd, Tritonal, Excision, and the man currently sitting on top of the charts with his latest hit ‘Middle’, DJ Snake.

Thank you all for joining us on such a beautiful weekend and bringing your positive energy and good vibes, we look forward to seeing you again soon!