I love finding out about new artists. Furthermore, I love spreading the word of new artists. Not enough people take the time to look for all the “not-as-popular” music that to me is really better than anything mainstream. So today I wanted to get the word out about Slushii, because if you haven’t heard this guy and his music, you need to because he’s going to be an incredibly dope and influential person in the game! So without further-ado, let’s get started with The Kid’s 3 Reasons you MUST check out Slushii.

1.) Diversification in His Music Style

Being a truly talented musician takes a lot of skill. I don’t mean to hate on anyone while saying this, because there are a lot of people who have made it and are extremely talented at producing music. However, not all of these people are truly musicians. To truly show you understand music you have to show you can speak it as a language “in many different tongues” if you will. What I mean by this is the atmosphere you create in your music. A lot of people stick to one genre or are known for one specific sound, which is great because it is a reflection of who you are as a person, however if you can replicate any style of music and create a different atmosphere every time it really shows that you completely understand music as a language where you speak different emotions.

Slushii from the very beginning has done a fantastic job at diversifying his music to show he can spread across a greater musical spectrum. With tracks like Sapient Dream, which create an ambient atmosphere, to Make Me Feel, which provides an atmosphere of happiness and contentedness, and even to songs like Take My Hand, which bring the heat and intensity especially within the drop. Slushii has even dropped acoustic versions of his songs and did so on his twitter one day with Take My Hand demonstrating his vocal skills as well. It’s the diversification in the music like this that make people musicians and Slushii in his first couple months as he has been coming up and been KILLING every point and corner of the game.

Judging by the picture shown below that Monstercat and Slushii shared just the other day, we can assume it’s safe to say that Slushii is getting signed to Monstercat. Monstercat (formerly known as Monstercat Media) is a Canadian-based independent electronic dance music record label located in Vancouver, British Columbia. The label was founded in July 2011 by Mike Darlington CEO, and Ari Paunonen, COO. Monstercat is the home of several other artists including Pegboard Nerds, Krewella, Grabbitz, Aero Chord, San Holo, and several other amazingly talented artists. They continually pump out music at a level, in my opinion, that is nothing short of purely and brilliantly illustrated music. Slushii is going to be a perfect fit for this label, and we can expect nothing but amazing pieces of work coming from him in the future. 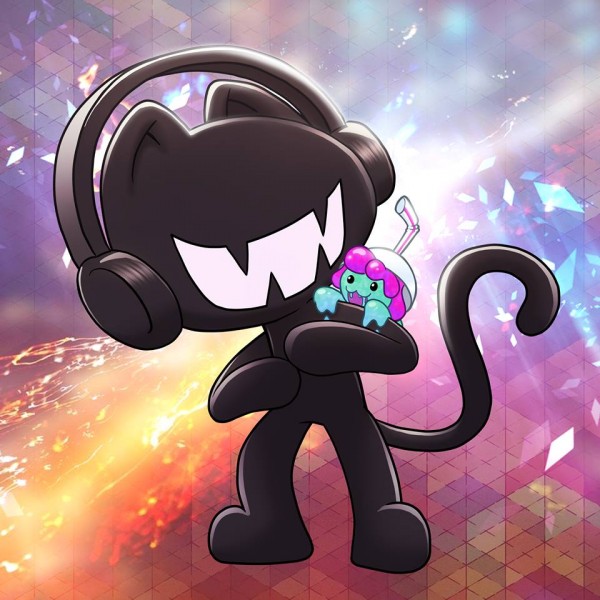 3.) Recognition from the big guys on the top!

Usually it takes time to build your reputation. You come out with some new music and people eventually find you and dig your style. You start small and work your way up but the slush man himself, even though he’s new, has already gotten a lot of credibility from people like Marshmello, Skrillex, Jauz, and many more. He’s remixed an even greater amount of songs by the most reputable artists including Adventure Club, Selena Gomez, Botnek, and Galantis. More recently at Coachella this past weekend the infamous Jack U duo, including Skrillex and Diplo, dropped a Slushii remix of Wiwek’s and Skrillex’s Killa. So if you really look at it this way, 2 months ago Slushii posted his first track on Soundcloud and now his music is being played at one of the largest music festivals in the states. Pretty impressive huh? I’m telling you, this guy is the ish.

So even though Slushii is new to the game, he is definitely going to be making some big moves. So keep your eyes peeled out for the future for when he goes on tour because you definitely will not want to miss this amazing musician’s skill.