Career ups and downs are relatively prolific in the limelight, but what is to say about those gems you find scouring the internet that have been making quality music for a few years, but they managed to stay under your radar? Shit Robot is a DJ/Producer straight from the Emerald Isle who has been continually revitalizing techno beats into original house music, and while he did gain fame by meeting with and befriending James Murphy of LCD Soundsystem, he later moved to rural Germany to chase after and foster his ability to make sick beats. Not to mention, the name Shit Robot gets your attention by just being freakin’ hilarious. 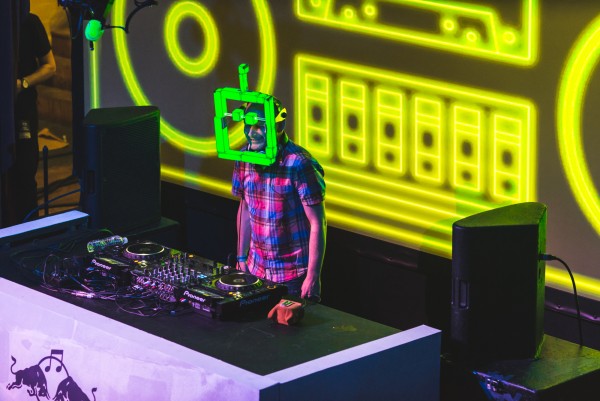 Although he has released two full-length albums in the last few years, 2016’s “What Follows” counts the first time Shit Robot has been featured in the Itunes New Artists section this month, as well as gaining serious traction in both the United States and Europe with the boom of the genre. The opening track “In Love” takes a Donna Summer-esque turn in which a bassline similar to “I Feel Love” is behind a modulated stream of vocals fading in and out, all backed by diverse percussion interludes. “What Follows” indeed follows en suite as the album is dominated by eight other techno-smashing tracks that bring a genre born out of the past into the limelight again under the guise of house elements.

Shit Robot is an enigma, for the beats he presents gives you the impression that he has been in the limelight more than others, and while he has spent what seems like a good time in rural Germany, that did not stop him from putting his ear up to the stereo and keeping an eye out for what is hot and what is not. “What Follows” acts as the perfect bridge between old and new as very familiar techno beats face a revitalization in a genre where creativity is booming.

“Lose Control” is another highlight of a track that features a 90s-esque vocal line that complements the backbeat and is one of the trademark tracks of the album that dictates the direction. “What Follows” is an album made by an artist who definitely is comfortable in the shoes he is in, and has a definite trademark sound, but isn’t afraid to dip his feet in some of the newer production trends. Blast some of Shit Robot’s new album if you’re looking for a breath of fresh techno-house air.