Redman and Jayceeoh are back at it again with another adrenaline-fueled 1000volts original, “Lights Out”.  This record is the follow-up to the newly formed Supergroup’s debut single, “I’m Gone” feat. Trae Tha Truth, which was premiered by Billboard and supported by Rolling Stone, Huffington Post, Revolt TV, HipHopDX, HotNewHipHop, 2DopeBoyz and many more. 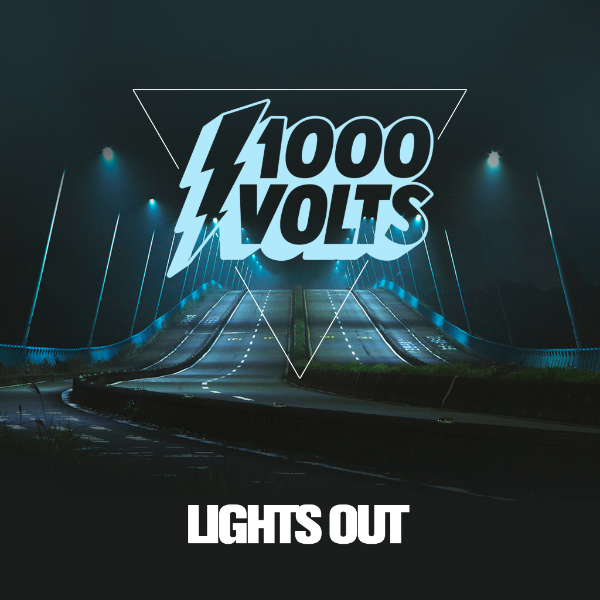 1000volts mission is to bridge the gap between hip-hop and electronic music, and in case there were any doubters that the Brick City lyricist missed a step, they will be once again proven wrong. In “Lights Out”, Redman opens the record by viciously throwing down bar after bar, accompanied by an anthemic melodic trap production by rising bass producer, Jayceeoh.

Jayceeoh is fresh off his EDC weekend performance at Rehab Pool and has had a busy touring year thus far with key plays at Coachella and his debut Australia headline tour. He kicked off the new year on a suitable grand scale, releasing official remixes for Martin Solveig, The Knocks, Mac Miller, and Kevin Gates, and multiple originals including “Break Beast” with B-Sides, and “Rap Dont Work” feat OJ Da Juiceman. With over 25+ Million streams on Soundcloud alone, releases on Ultra, Dim Mak, Fool’s Gold, Buygore and Atlantic Records, Jayceeoh has become a driving force in today’s bass music scene.

Between a hectic tour schedule that had him hitting the festival grounds of EDC Mexico, Coachella, TomorrowWorld, Firefly Festival, Das Energi Festival, 420 Festival and more! Jayceeoh also is going be coming to Talking Stick Resort with Flux Pavilion to cool us off in this crazy heat! Tickets to the show can be bought right here so don’t forget to buy before prices go up!