Above & Beyond Strips Down For Avant Garde “Acoustic II”

Above & Beyond, as a group that identifies themselves as “progressive trance,” have been quietly transcending the scene without anybody’s notice. While we were preoccupied with sub-genres like trap, drum and bass, as well as chasing the next “hard” drop like it’s a high our life has depended on, Above and Beyond have been hard at work for years and building the legacy behind their genre that has become relatively quiet on the mainstream front due to the frenzy of “harder” sounds that have been trademarking the last few years. Do not misinterpret, because trance is far from dead: it is a genre tied to the ubiquitous term, EDM, that has survived its transformations since the 1990s. Even in the “harder” compositions of music in the genre, artists are still including elements of the trance genre into their modern sounds whether they realize it or not. 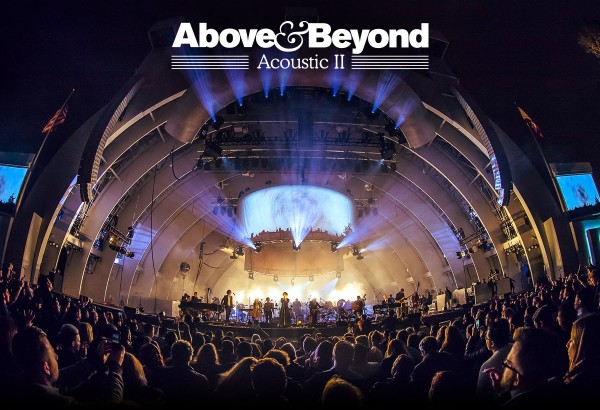 “Acoustic II” comes at a pivotal time for our brothers-in-trance, for when an artist looks to fully experiment with a genre that has not been tapped into themselves, it is always an exciting time for fans and onlookers to view them as they mix a culmination into everything they know, into a territory not fully explored. Yes, we have had artists like Dido who have incorporated trance into their music in the early 2000s, but Above and Beyond are attempting a piece that is not only modern, but melodically innovative at best. As their “About” page reads, “Where do you go after you sell 12,000 tickets in Sydney in one day, 12,000 tickets in Amsterdam on another day and raise over £200,000 for charity at a sold-out Wembley Arena show? After you’ve headlined stages at festivals everywhere, from Glastonbury to Creamfields, from Electric Daisy Carnival to Pukkelpop to Lollapalooza?”

The only way to go from there is back to basics: Acoustic II is the follow-up for the 2015 release, “We Are All We Need,” which presented itself as a fantastic return to form after 2011’s Group Therapy. Acoustic II is in no way the first entrance into a more organic sound, or even acoustic, but what it does present itself as a deeper revamp of some of the former’s tracks as well as reworking new compositions to present something more heartfelt.

Acoustic II is another piece of work that would be hard to pinpoint certain tracks that make the album: this is in no way an “electronic free” album, for Above and Beyond still makes great use of synths, but in ways that present the tracks in ballad form opposed to more upbeat tracks.

Above & Beyond – ‘On My Way To Heaven’ feat. Richard Bedford

“On My Way To Heaven” is another track off of an earlier album that is reworked with orchestral elements reminiscent of non-trance elements like Elton John, or dare I say, Diana Krall. Although slower tunes are presented, don’t judge a book by its cover, because this level of sophistication isn’t attempting to mimic your parent’s record collection; Acoustic II is a 00s retrospective effort that stretches beyond the trance genre to use their knowledge of musical composition to reinvent the tracks they have already made. It is an ode to the instruments that came before soundboards, synthesizers, and artificial percussion: Above and Beyond’s Acoustic II is an example to how far the electronic genre has come, and a shining example of the sophistication behind the switch boards.

Sources: Above and Beyond