With EDC coming to an end, everyone’s post-EDC depression has officially set in and has taken full effect. The massive 3 day festival was a huge success bringing in a total of over 400,000 people over the entire weekend. With a record low for arrest and fatalities too, the festival just saw more success than ever this year. One of the biggest improvements on this year’s festival as well was the stage production. Insomniac really wanted to do something special for their 20th anniversary, and what other way to do that then the stages themselves.

With a total of 8 stages there is plenty of room to do some crazy stuff and push the limits on what people have seen. Though we will really only talk about the 6 main stages in this article, which were the BassPod, WasteLands, Neon Garden, KineticField, CosmicMeadow, and CircuitGrounds, the other 2 stages held just as an impressive feat since they couldn’t hold the amount of people the others did. Really their 3 smaller stages were like almost any other “normal” stage at that point. But without further-ado! Lets show you guys how crazy these stages really were.

The Neon Garden stage is home to where the lords of Techno, Tech House, and House in general come to play. It packed a 50 foot ceiling and a giant disco ball to get people into that funky feeling that will make you want to stand up and dance! From the outside the stage looked like a massive pyramid as a single light shone from the top of it so everyone could see where it was. Once you were finally inside you could see the stage and the five LED panels that were behind the DJ. Lights were hung up all along the walls and would shine towards the middle making the disco ball reflect and sparkle over the entire room. 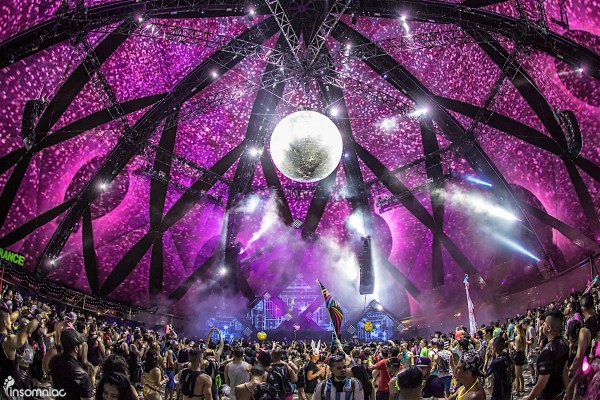 The Waste Lands featured a post-apocalyptic San Francisco design for all the hardstyle fiends. There was also fire. And lots of it, which is usual for the style that everyone at this stage likes. The flames would shoot up into the air as high as the entire stage was. As soon as you stepped into the Waste Lands and those flamethrowers went off you could feel the heat from them in the crowd. In the background, the Golden Gate Bridged loomed over everyone and the rest of the ruined buildings and eerie monsters that crawled all over the place. 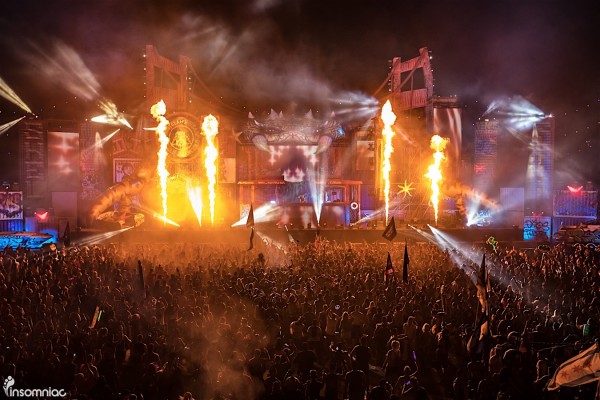 While keeping the same basic design as last year, the five octagon-shaped cannons, this year they featured more fire than ever and also had water cannons to balance out the elements. During the second day, one of the cannons actually caught on fire, but with EDC amazing ground control, the entire thing was fixed in a matter of seconds and people got to keep on partying! Mu boko lasers fluttered over the tops as people tried jumping in the air to touch them and LED panels spread across the entire front of the stage the mesmerize anyone looking towards their direction. 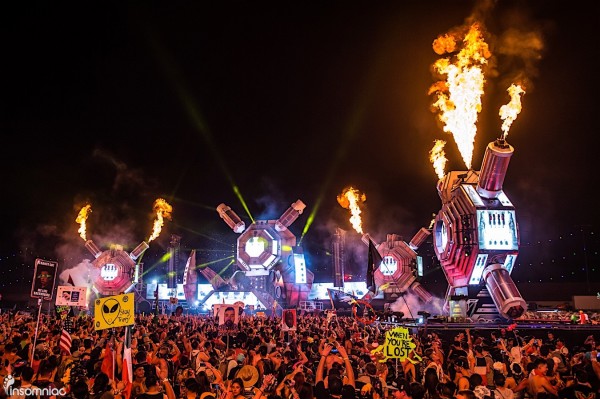 Circuit Grounds completely stepped their game up and changed what we know today as a stage. With a 360 degree design and being 3 times as large as last year, how could it not? Also lights. There were lots and lots and lots of flashing lights. I wouldn’t really call it a fence, there’s a better word out there for it but we’re gonna make it work, lined up the whole crowd of the circuit grounds. With six pillars to connect them together that all had flashing lights you could look any direction and be entertained. There was also loads of fire lined up for this bad boy with probably 16 or so flamethrowers that would ignite as the second the drop hits and the energy picks up. This stage was a personal favorite of mine this year, just because it completely changed what we think of when we think of a modern stage. 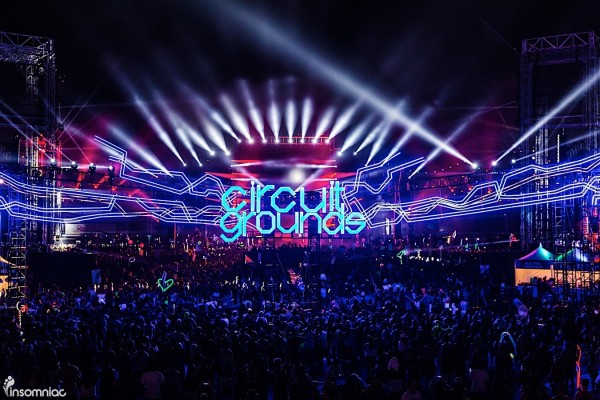 Probably one of the stages that people think of when they come to EDC because it is the first you see if you come in on the side of the bleachers. This stage is so massive that when you go up to the front and look at the DJ, I’d say he is about 3 people above you. Then when you considered the massive fortress-like LED panels behind him, you really can put a perspective about how tall this thing is. And when you first walk in and look at this bad boy with all the lights shining up the whole crowd, you really get an understanding about what “massive” means when we say EDC is massive. 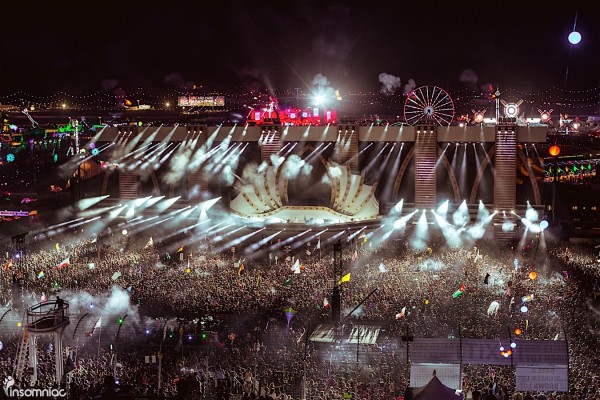 The main stage of EDC… The king of them all. Last year we saw the face of an owl take the center, but this year we saw something different. One torch that would light up like no other. Any color, any pattern, any speed, any anything, this torch could do it. Lets check out what Pasquale Rotella had to say about this stage himself.

That switch he was talking about? Fireworks. Lots and lots of fireworks. Like I’ve never seen so many fireworks in one place actually yet alone come out of a torch that stood merely 500 feet away from me at points. It was some next-level stage design and to be able to experience was insane, I’m really hoping they do something with this next year, but I’m sure the good old Insomniac we know will be ready on their feet to push the limits once again. 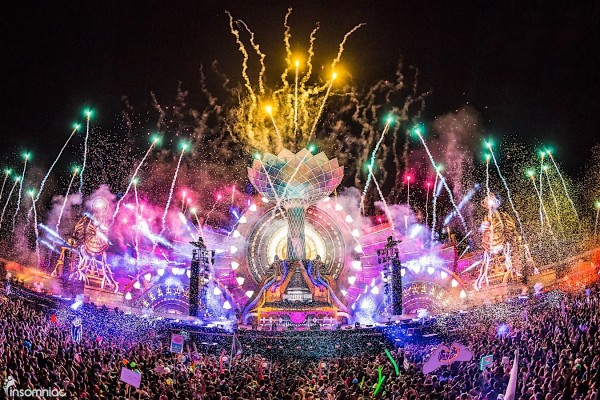 So there you have it! All six main stage designs. If you didn’t get to go this year you definitely have to next year because it’s going to be the time of your life, I promise you. If you want to check out more pictures from EDC in general click right here!