As Electric Daisy Carnival’s 20th Anniversary has come and gone, now we’re gearing up for its next big massive, the original Insomniac festival – Nocturnal Wonderland. Notorious for having some of the best festival vibes, with a loyal crowd returning year after year for the original Alice in Wonderland themed electronic dance music massive. Returning to its home at the San Manuel Amphitheater, Nocturnal Wonderland will once again span over three days and nights, just like the 20th anniversary had done for the very first time in history of the festival. 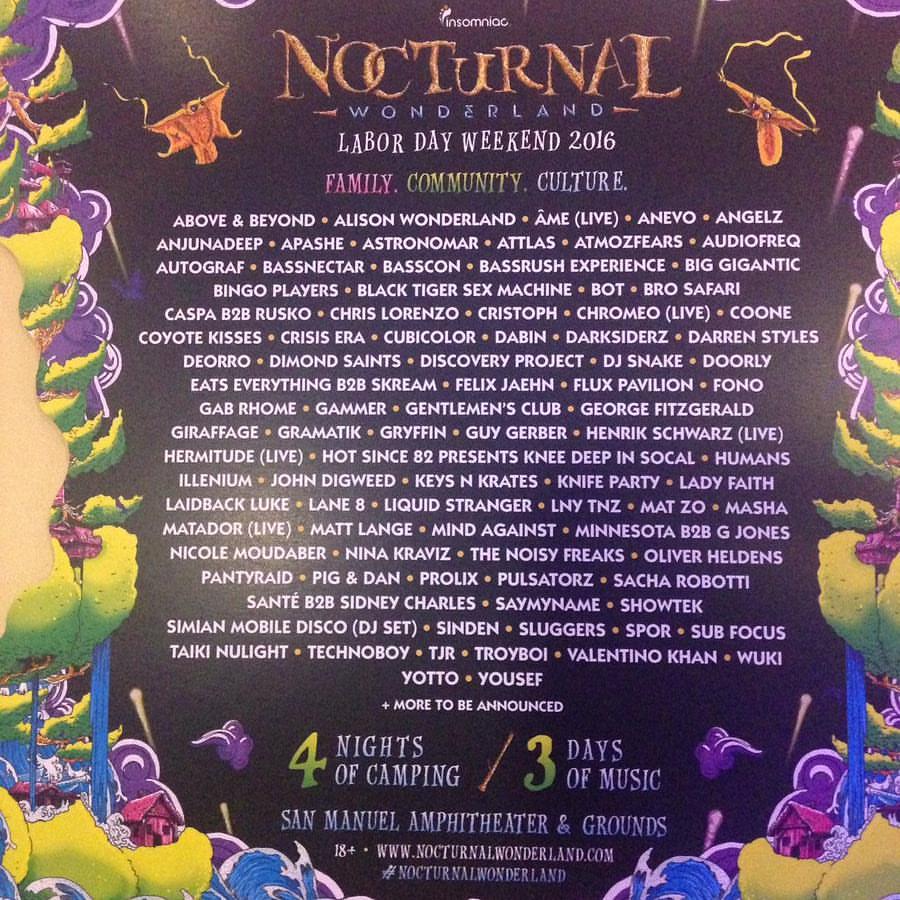 Over Labor Day weekend, the dance music celebration will boast three days of bumping dance music and four nights of camping under the stars with fellow headliners. Insomniac has revealed a star-studded lineup for the 21st installment of Nocturnal Wonderland by releasing flyers as a surprise lineup drop after the final night of a very successful EDC. Along with the big names such as Above & Beyond, Bassnectar, Bingo Players, DJ Snake, Flux Pavilion, Keys N Krates, Knife Party, Laidback Luke, Oliver Heldens, Showtek, and Valentino Khan to name a few, there will also we multiple B2B and LIVE sets to catch!

After playing a phenomenal set at EDC, once again the Caspa B2B Rusko set will be blowing the minds of headliners at Nocturnal Wonderland, as well as a Eats Everything B2B Skream set, Minnesota B2B G Jones, and Sante B2B Sidney Charles. Ame, Chromeo, Henrik Schwarz, Hermitude, and Matador will all be taking to the decks to release some fire LIVE sets as well. The real shine to this lineup comes from these B2B and LIVE sets, as well as the full takeover from Hot Since 82‘s Knee Deep in Sound, Feed Me‘s DnB alias – Spor, a Sub Focus set, SAYMYNAME (who killed it back at Urbane Manner), and Troyboi who will be coming here for Trapfest as well! 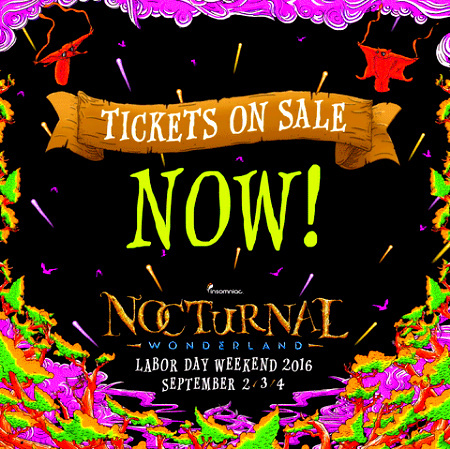 All camping pricing and info can be found here.