As we wave goodbye to the month of May and say hello to the warm summer months, so does rising Monstercat trap producer Slips & Slurs wave goodbye to the passing one month anniversary of his phenomenal bass-driven track “WiFi Tears” which he co-producer with Mihka!.

This track came virtually out of nowhere. Slips & Slurs has had a number of previous releases on Monstercat including his songs “Divided” and “Restless”, as well as remixes of artists like Must Die! and Alison Wonderland. He has certainly built a name for himself within the label, but nothing compared to the product of this track’s success. 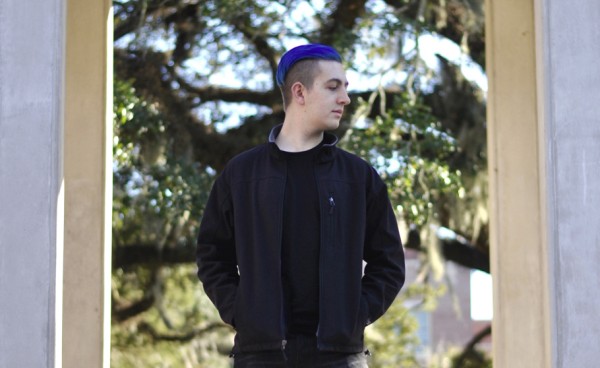 When a producer with as much clout in the industry as Martin Garrix has recognizes your work, you know your career is on the bullet-train to success. That is exactly what happened with Slips & Slurs and “WiFi Tears.” The track was featured on Martin Garrix’s weekly radio program, The Martin Garrix Show, and from there it gained significant traction virally.

After hearing the track first hand via Spotify’s Fresh EDM playlist and listening to the ground-shaking tune over and over again, I knew I had to reach out.

Alex Swartwout, or Slips & Slurs, was kind enough to chat with us about exactly how “WiFi Tears” came about, the impact it’s had on his career thus far, how streaming services aided in his accomplishment, and what’s next for this catalyst producer!

You’ve just passed the one month anniversary of releasing Wifi Tears… This track is a monster, and has been getting some phenomenal publicity. How has this track affected your career as a producer in the last month and what has the reception been like from your point of view?

“Thanks man! The reception to WiFi Tears has been completely insane. Mihka! and I both put a ton of work into making sure that this track would go over well, but I don’t think either of us expected it to get to the level that it has now. It’s been my highest charting, streamed, and purchased track in such a short period of time and I couldn’t be more grateful for that.

As far as my career is concerned, this track has actually opened up a lot of doors for me. From getting the attention of Martin Garrix to new collaboration and management requests, this track has definitely been a game-changer for myself. On top of that it’s also shown that people are okay with me stepping out of the style that I normally make, which is really great from a creative standpoint.”

I’ve gotta ask, what is the origin story of the title?

“For the title we wanted to draw from internet pop culture, which was also reflected in the artwork. WiFi Tears was actually one of the first ideas we discussed but we gave it some time to sit before eventually deciding on it. In Mihka’s words, we wanted a title that you look at and go ‘yeah I wanna listen to that.‘”

A release on Monstercat, you are on a roster full of amazing artists. Among them are Marshmello, Pegboards Nerds, and countless others. How has being on this label influenced and inspired you to keep going?

“Monstercat as a whole has been a fantastic team to be a part of. Seeing the success of fellow artists who I’m releasing alongside consistently inspires me to step up the quality of my work. From day one a goal of mine was to push my way to being one of the top artists on the label, and while I’ve gotten closer this is still a goal that inspires me to stay on my grind.

You also can’t talk about Monstercat without talking about the fanbase, which are genuinely some of the most dedicated music fans I’ve ever seen. Seeing everybody get excited about each upcoming track, collab, and album gets me hyped up as well. Knowing that there’s a dedicated group of people who care about what you’re doing is inspiring for any artist.

Simply put, they don’t call it the Monstercat Family for nothing.”

You also have the track featured on the latest Monstercat compilation, Cataclysm. Where does your relationship with Monstercat go from here?

“Yeah, Cataclysm is probably my favorite compilation that I’ve been a part of so far. Right now I have two upcoming tunes locked in to release with Monstercat, and I plan on sending the EP that I’m working on to them as well. On top of that I’m visiting their headquarters in Vancouver a bit later this summer, which should be a really useful look behind the scenes. I’m looking forward to meeting the whole team in person.”

I found Wifi Tears on Spotify’s Fresh EDM playlist. These specially curated playlists serve as a very useful means of discovering new quality music. How do you feel that Spotify is contributing to the industry and how would you say that Spotify has helped you, specifically as a rising artist? Are there any downsides to streaming services such as this?

“Spotify is probably the next big thing that upcoming artists should be focusing on. While Soundcloud isn’t necessarily on it’s way out, Spotify and the music streaming industry as a whole have been growing at a rapid pace. These curated playlists in particular have been a major part in my growth as an artist. “WiFi Tears”, as you noted, was included in many top EDM playlists on Spotify including Fresh EDM, electroNOW, The Martin Garrix Show, and Electronic Top 20. These playlists pushed the track out to millions of new listeners and as a result “WiFi Tears” is now my highest streamed track. Unlike Soundcloud which does not pay artists, Spotify sends out paychecks to artists based on the amount of streams that they’ve received, which is a great incentive for those trying to make a living off of their music.

Some argue that the downside to streaming services is that it cheapens the perceived value of music, and while I can see that argument to some extent I don’t think that fighting the wave will do a whole lot. The music industry rewards those who innovate and refusing to go with the flow isn’t necessarily something that will work. Streaming is clearly the new wave, and as upcoming artists in the modern age we have to ride it, no matter what our personal preference may be.”

With Wifi Tears, you stray from your established sound, but it works much to your favor. After this track’s success, do you see yourself making the expansion of your sound and branching into different territories of music more of a regular thing?

“Definitely. For example I have a track coming up with a Drum & Bass drop and another with a Melodic Dubstep vibe. At the end of the day I want to write what comes naturally to me, and that can change on a day to day basis. With “WiFi Tears” the drop came so naturally and I think that it shows. I’m still mostly going to be writing trap and dubstep as that’s what I’m used to, but I never know exactly what’s going to come out when I start a track.”

Perhaps we might see some of this diversity on your upcoming EP. What can you tell us about the EP?

“Can’t say too much yet, but I can say that nothing on this EP is going to be forced. If I’m not 100% confident in a track it won’t be on this EP. There’s also one track on it that’s nothing like I’ve ever done before, so look forward to that.”

Finally, what is the best piece of advice that you can give to aspiring producers?

“Keep working hard. When all the politics and drama of the music industry are removed the bottom line is that you need to be good at what you do, and that comes from hard work. You’ll probably hear “no” more than a couple of times but don’t let that stop you. Set your goal and accomplish it, then set another goal and accomplish that. Keep that pattern up and you’ll be where you want to be before you even know it.