This years Electric Forest has came and went, and may I just say that my first experience at this immaculately designed festival was incredible. E Forest had remarkable attention to detail from the lights bouncing off of the bark of the trees and the dust of the floor to the incredible art installations littered throughout the forest to the tremendous stage design and each of the nooks and crannies that serviced even the most diverse of interests.

But above all else, people come to these festivals for the music, and Electric Forest did not fail to deliver. The diversity in the lineup is simply stunning ranging from Jam Bands to Jazz to Dubstep to House to Hip-Hop, there is something for everyone here. I now understand the appeal of The String Cheese Incident, which both perfectly complements and contrasts the festival’s other staple, Bassnectar.

Walking through the forest and catching a quick whiff of some big band jazz followed by stumbling into an enormous crowd headbanging to some heavy bass is a unique experience that not much can rival. With that said, lets examine our essential sets of an exciting weekend at Electric Forest.

10. This Song is Sick Secret Set

The suspense leading up to this set was tangible. You could feel the heat resonating off of the bodies, anxiously scurrying to the front of the tiny Observatory stage to find out the reveal of this secret set’s headliners. As Brillz and 12th Planet took to the stage, announcing a unique b2b2b2b2b set that would be one for the books, it encouraged us to stay for the whole thing to find out who else would be present. A bit through the set we were treated to additions NGHTMRE and Mija. Unfortunately, as the stage got rowdy, and the Observatory became rickety, it was time to close down the set an hour early for the safety of fans… sadly, right as Griz was about to join in on the action.

Despite this, it was an epic set indeed! 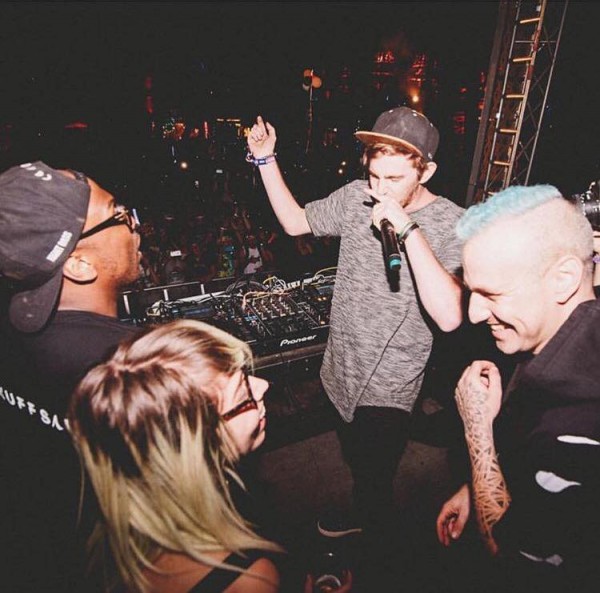 I can promise you that based on his set here at E Forest, you are not going to want to miss out on Aussie, Emoh Instead, at Mad Decent Block Party. Playing the What So Not classics like “Jaguar” and “Tell Me,” as well as the newer additions to the What So Not library like “Gemini” and “Buried,” this phenomenal DJ set the tone for the festival on Thursday, and from there the fun did not cease.

An act on my list to catch for a very long time, I was not disappointed with Rufus Du Sol. The live element of any show, especially an electronic one, makes for an interesting change of pace and Rufus Du Sol was just that. The trio played tracks off of their new album Bloom: “You Were Right,” “Say A Prayer For Me,” “Innerbloom,” among others. They also showed off their roots with plays of classic Rufus tracks. Laying back in the grass and taking in the mellow sounds of Rufus Du Sol was quite the treat.

Bassnectar is synonymous with Electric Forest. A big draw for people to come to this festival is the fact that Bassnectar headlines the Ranch Arena following an epic three hour set from The String Cheese Incident. There’s not much to say about Lorin Ashton that hasn’t been said already. He is a master of the intense decibel levels of one bass track after the other, which in turn gets his loyal following to headbang until their neck breaks. Bassnectar likely pulled the biggest crowd of any other act this weekend, and that is just a testament to his pull power and unique sound. Can’t wait for Global now…

This is one that I was just kind of walking by that pulled me in. Featured on the bass stage of the day, Justin Martin isn’t your typical kind of bass music. Repping the Dirtybird name well here at Electric Forest, Justin Martin threw down a set consisting of those groovy beats that get you moving whether you want to or not. Like I said, it just kind of pulled me in, and for that reason, I believe it deserves a spot on this list. Don’t miss your chance to catch Mr. Martin at Mad Decent Block Party and hopefully you will have a similar experience as I had.

I caught Gryffin‘s live set for the first time at Ultra Miami 2016 and I was stunned at this kid’s musical capabilities. He plays all instruments on stage ranging from guitar to keys to drum pads to mic, each with a superb skill unmatched by most, especially when done near simultaneously. Gryffin’s set followed one of heavy bass from Jackal, and it was the perfect change of pace into something much more melodic, but still carried an electrifying energy that had the crowd grooving. 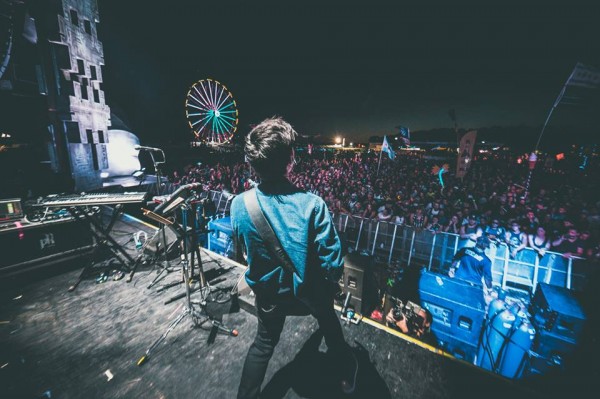 Getter by far had the absolute hardest hitting set of the weekend. From beginning to end, Tanner Petulla really showcased his knowledge in bass music and his capabilities as a phenomenal dubstep producer (not just an internet personality). Playing hits like “Blood,” “Headsplitter,” and “Rip N Dip,” as well as a remix of Kanye West’s rap about himself, during which Getter changed the lyrics from ‘Kanye’ to ‘Getter.’ Although a bit self-absorbed, he has every right to be with the absolute monster of a set he delivered.

I’m sure this was expected. Every festival Porter Robinson plays his live set at he absolutely stuns the crowd and this time was no different. The soft melodies, along with the more aggressive tracks, resonated across the crowd creating a magical experience for all involved.

In addition, Porter dropped some new music at his set this time around. The new track premiered, “Shepherdess,” is a live edit of the track originally released on the vinyl edition of his album Worlds. It was breathtaking to say the least.

Keys N Krates, like Porter, played the Sherwood stage as a live act and after seeing their set I am certain of the power of live music as opposed to DJ sets. Not only are you receiving a unique experience with every new show, you also get this visceral feeling that you are witnessing something special. You feel their energy, you feel their motivation to do by right the crowd. Keys N Krates let it all out on Friday night at Electric Forest, making for possibly one of their most grandiose shows to date.

I’ve seen Tchami before and was iffy about it. When I saw that he was on the line-up for Electric Forest, I thought to myself, ‘eh, why not give it another shot.’ Boy, am I glad I did. Tchami is just a very self aware artist. He knows his style, he knows what his fans want when they come to a Tchami show, and he doesn’t stray too far off from that… Which is exactly what makes him so great. 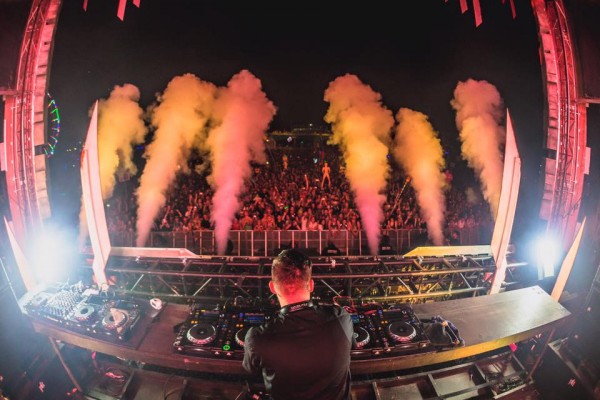 Sure, my tastes have changed a bit since I first caught Tchami at HARD Summer in 2014, having acquired a taste for the sounds of Malaa, Destructo, and other names from the deeper and more “future” side of house music, but there is more to it than that. Identity is key here. From the visuals to the sounds to his get up, Tchami commands the crowd and treats them to an experience entirely his own. He was our priest for that hour and fifteen minutes, and this is one religious endeavor I will not soon question.

And that all she wrote! You can catch many of the artists listed above right here in AZ in the months to come. Catch the schedule for that below:

Brillz, What So Not, Justin Martin, and Tchami @ Mad Decent Block Party – September 16/17