With the kick-off of summer festivals and new summer beats, this is what’s happening in the EDM Twitterverse: 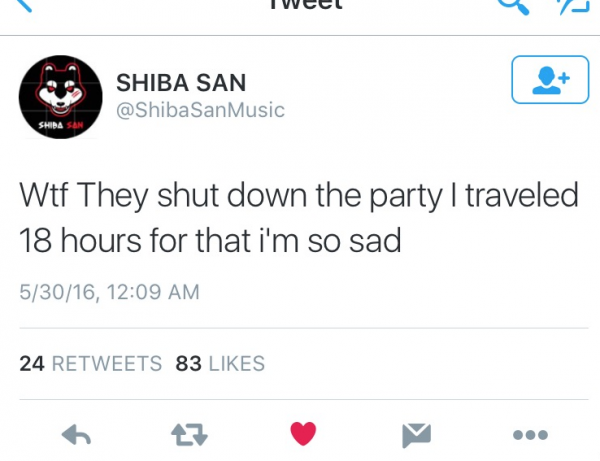 Devastated Detroit dance fans took to Twitter when Shiba San’s set at an after party was cancelled last minute. It was nixed so last minute, that fans were already waiting patiently inside the venue and Shiba San already travelled for EIGHTEEN HOURS just to perform. The party was in a “Secret Warehouse Location” that was TBD… and in the end it didn’t matter because there was no show. There’s no word on why the party was shut down before Shiba’s arrival, but it better have been an outstandingly important reason. To make up for it, Shiba San announced a free show in Detroit for the following night. 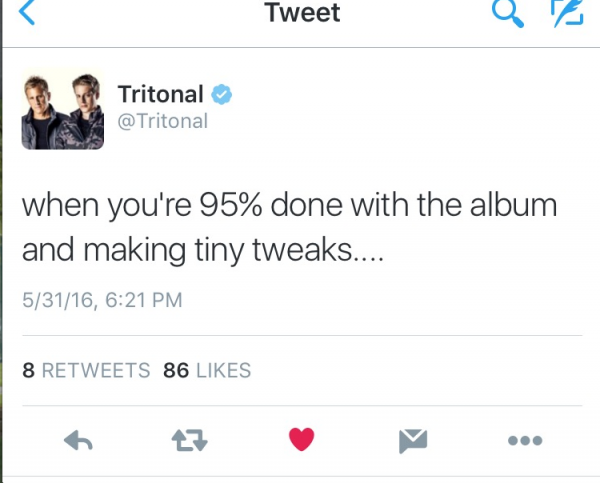 Looks like June will be a big month for Tritonal. The DJ duo has made fans wait a grueling five years for their second album after their first, Piercing the Quiet, was released in 2011. Tritonal recently wrapped up their Untouchable Tour, and if that was any sign of what is to come, this album will not disappoint.

Now get ready for a rant… 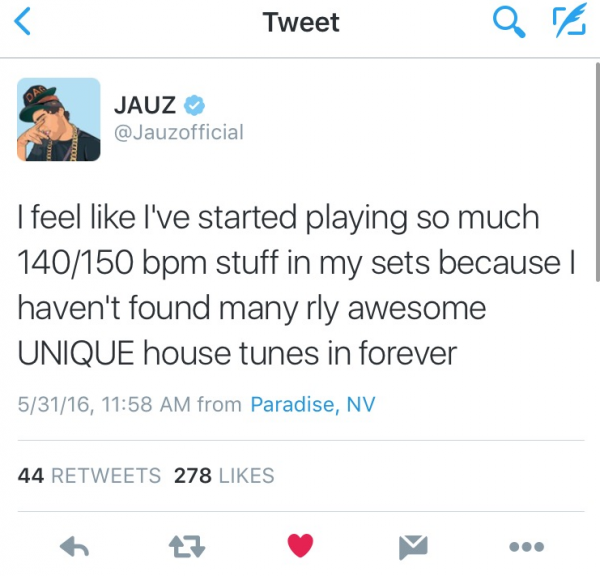 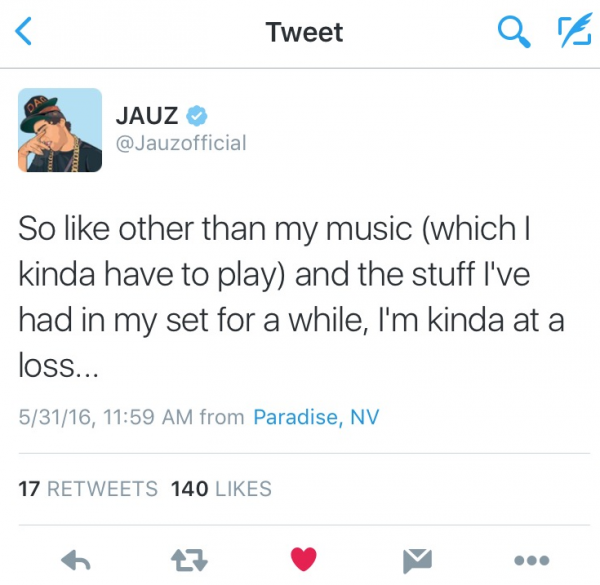 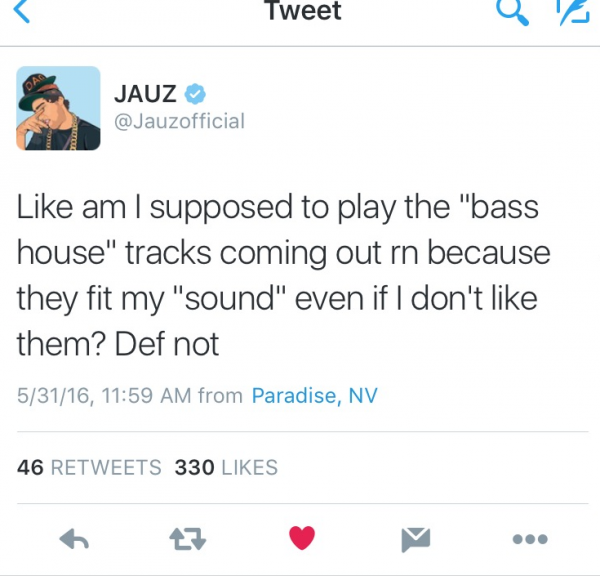 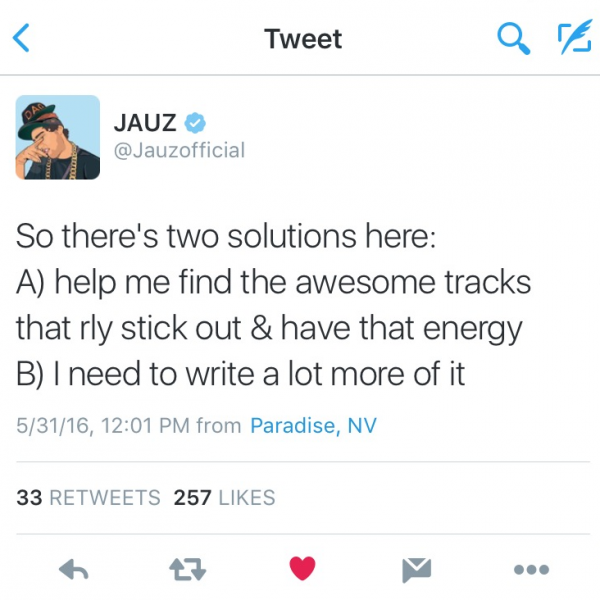 Talk about thinking out loud. Jauz admitted that he’s hit a bit of producing pickle, and turned to his Twitter followers for advice. Fans responded with song suggestions and words of encouragement, but some original Jauz jams wouldn’t be the worst thing in the world… at all. Clearly he’s trying to conjure up something new, so let’s keep a close eye on him to see what he’s got up his sleeve. 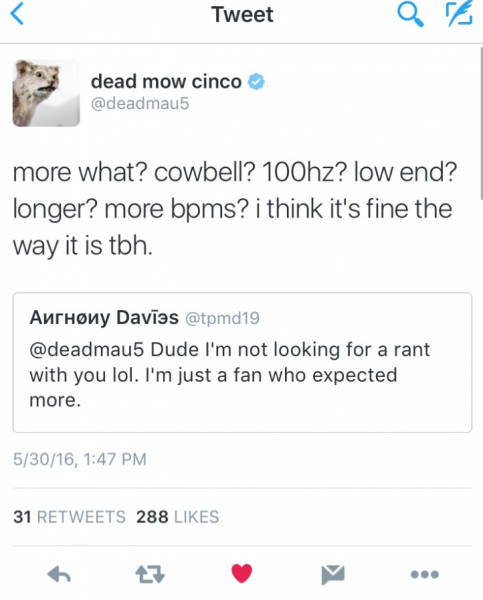 A typical Deadma5 response. After this fan told the DJ that he was “hoping for something different,” in regard to D’s newest music, and Deadmau5 didn’t hesitate to defend himself. The full Twitter conversation went back and forth a few times, but these were Deadmau5’s last words. Hey, at least he’s funny and proud of his music. 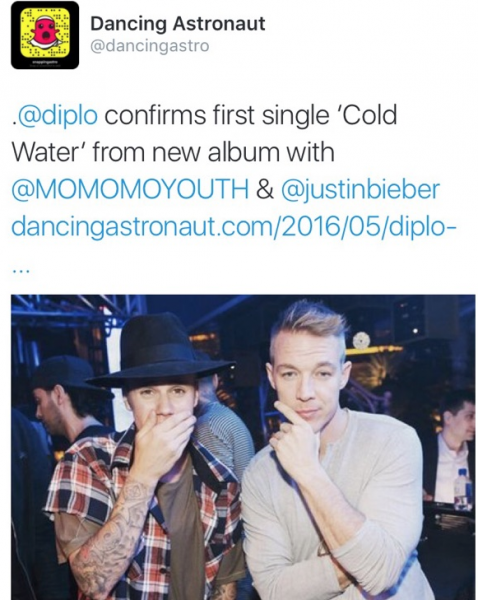 ANOTHER DIPLO/BIEBER COLLAB?! HALLELUJAH. Dip figured that if Jack U hit it big with the Biebs and “Where R U Now,” it shouldn’t be hard for Major Lazer to kill it with “Cold Water.” There is no release date, but Diplo confirmed this track with Bieber and MO on his show “Lazer Sound” will be the first single off Major Lazer’s new album. Stay tuned.