Beyond the Music: Energy Through the Artists of Dancefestopia

Other than the musical performances, the vast amount of artisans are what makes music festivals so special. They contribute heavily in keeping the setting sublime. At Dancefestopia, there were a handful of booths set up that contained paintings, handmade clothing, jewelry, and pins. I narrowed it down to my two favorite booths because they both caught my eye from afar. As I came in closer, I discovered how these artists perceive the world through their art. 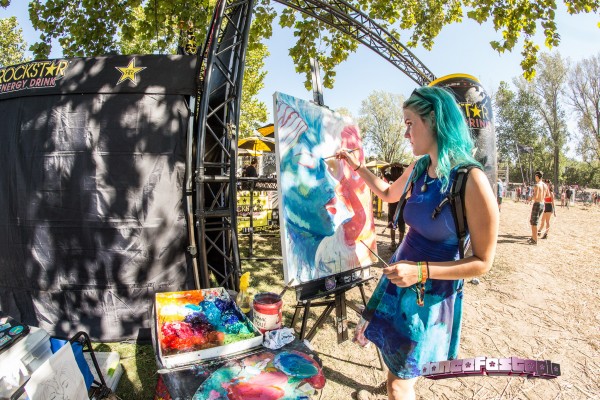 First, it was Robert Walker’s Gallery. Most of his work comes from his imagination. Everything and anything he sees inspires him. Being an experienced diver has influenced his water based pieces. Besides water, other aspects of nature have also inspired his work. 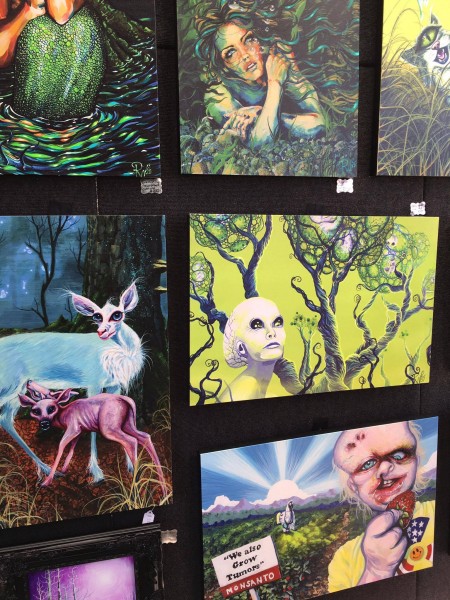 When scanning his artwork, you can see his representation of what people are doing within the world with a touch of a futuristic appearance. There is also a heavy Alice in Wonderland theme throughout his work. At the end of each portrait, Robert signs his age along with his name. Walking around the gallery, you can see how his artwork has transposed over time.

Besides Robert Walk’s gallery, the Pineal Paradise booth caught my eye. I have seen Pineal Paradise vending at almost every music festival I have ever been to. At Summer Camp in 2014, I bought a pair of purple bell bottoms from this booth, and have stopped by to say hello to the representatives working every time since. 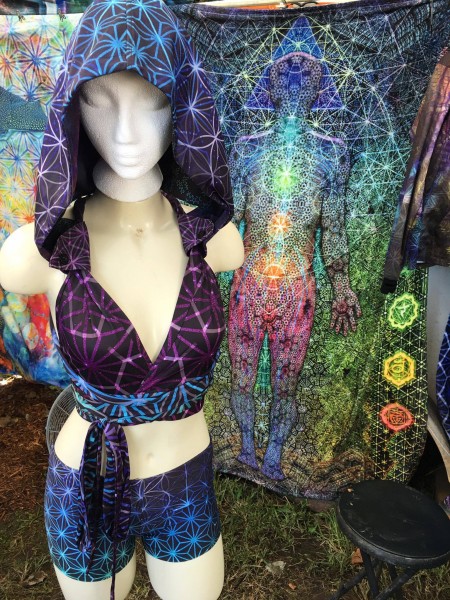 Cherish and her boyfriend Drew founded the company in 2010. Cherish designed the pants I bought, so I decided to reintroduce myself and ask her a little bit about her inspirations for the brand:

I am most inspired by Nature & the Geometric patterns that are ingrained within the infrastructure of that Nature; Terrestrial and Extra Terrestrial, Ancient Cultures, Surrealism, Geometry, Symbolism to strengthen the ideas expressed, and personal pleasures or hardship experiences. Psychology has always been an underlying theme in my work as well. Everything in my works has a specific meaning and serves a particular purpose. 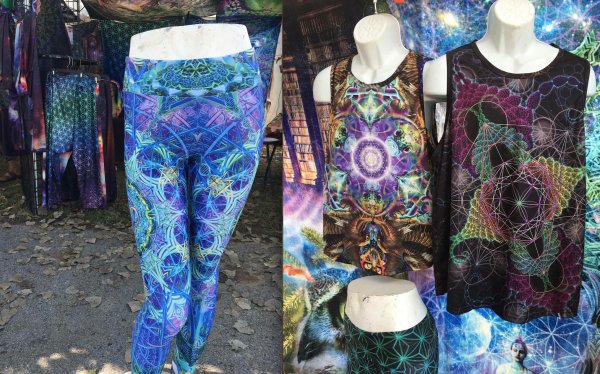 In addition to the booths of art arranged on the grounds, individuals walked around with totems which exemplified their artistic ways. One man in particular I stopped to discuss all of the objects on his totem. He had accumulated all of the items from attending festivals throughout recent years. The totem had a cig holder, bag of gold coins, bag for random items, and even a drinking cup. It even had a name.. or multiple names. Randy, Cheese, or Sharon, but all unicorn. 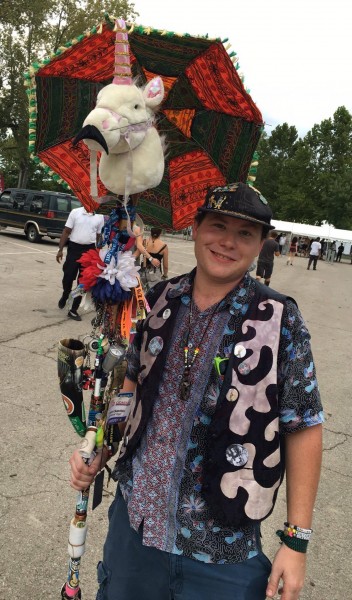 After that, I noticed two gentlemen that constructed a totem for their good friend, Leland Duck, whom had passed the previous Thursday.

Leland was an old school raver. He was a part of the Denver music scene for a very long time. Leland touched a lot of people’s lives. Nobody had anything bad to say about this dude. 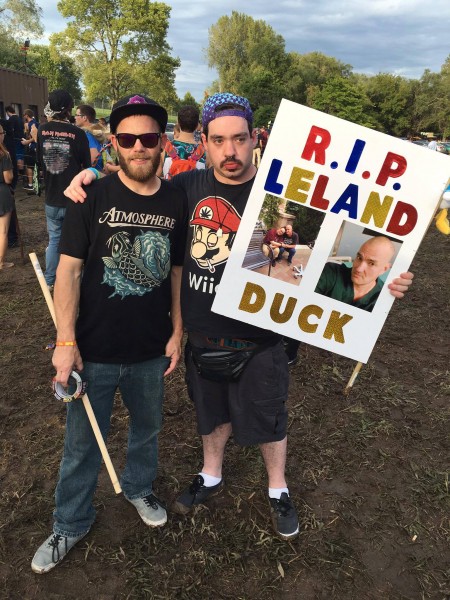 Even though he could not physically be there with the two, his presence will be carried out by his companions. Leland will be remembered by many.

So other than setting up a booth to display your ways of art, totems are used to define creative capabilities. Some are used to express issues metaphorically, make you laugh, or remember the great. Some artists grow so much, they get the opportunity to set up shop and share their efforts with the rest of us.