Since it’s debut in 2011, Electric Forest has grown to be one of the most sighted music festivals of the 21st century. Rothbury, Michigan is where 80,000 people from across America come to get lost and eventually find themselves in the forest.

First, The Festive Owl reported that permits are being gone over and signed to extend the event to two back-to-back weekends in 2017. Later, on September 2, Electric Forest officially announced the rumors are true, and the two weekends will be June 22-25 and June 29-July 2. This is huge decision for everyone involved. 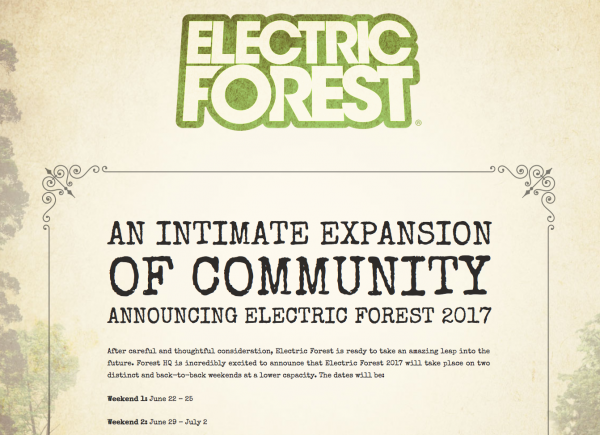 As some of you may know, over the years the amount of room to walk and dance has become less due to the high demand of this unique function. With two weekends, it would allow more people to become involved while also decreasing the capacity of the event by 10%.

Selling out the last three years, tickets have become harder to obtain as the sell out date gets closer and closer to the release of ticket sales. 2016 sold out within 24 hours of the lineup being announced. If the festival were to stick to one weekend, tickets would sell out sooner with each coming year, making it harder for people to experience the event. 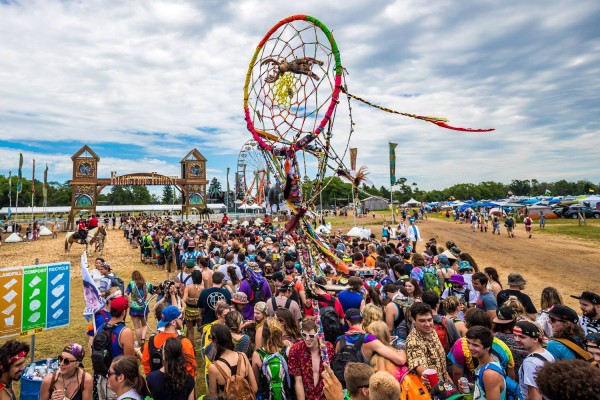 With the decision of an expansion of days to the event, it is obvious that Electric Forest has become something that more people need to participate in. The love and sense of community that is carried out through the production of this event is surreal. Thousands of individuals gather to share, dance, laugh, and meet others with a similar, positive outlook on life. If you have not had the opportunity to attend, now is your chance to start thinking ahead and planning for this monstrosity of a gathering.