Ruts of mud were what you were greeted with when you entered the grounds of Dancefestopia. As people unpacked their cars of their camping gear, they struggled to get up the hill and through the mud. Setting up wasn’t the most pleasant experience, for you had no choice but to trek through it.

It was Friday afternoon. Everyone was settled in and performances began. It wasn’t until Adventure Club was halfway through their set when all sound was haulted to announce there was a storm rolling in. They predicted the storm would pass after forty minutes, but ended up calling off the entire first night. At this point, Mother Nature was not cooperating with anyone. 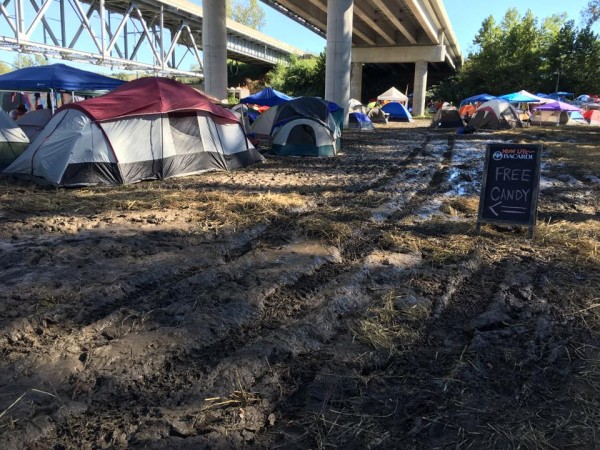 While none of the artists knew if they were going to go on stage or not.. the stress kicked in for everyone. It would rain and it would pour, but then it would stop. Lightning would strike and then the wind would be calm. Performances would be called on and then called back off. Nobody knew what to expect out of the night.

What was everyone supposed to do? All music was cancelled from 11:30pm-6:30am. Luckily enough, someone in the campgrounds had set up music through their RV, and everyone gathered to party on. Groups of people huddled over speakers because we were all here to do one thing.. get together and listen to our favorite music. 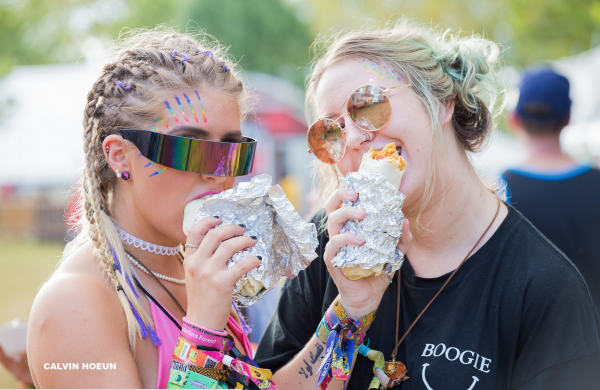 In the morning, everyone woke up to more than twice as much mud as when they arrived. It was up to each individual to become one with it. Many people decided to ditch the shoes and go the entire weekend without ‘em. Nobody complained though. Everyone was here to see some of the most prominent names in electronic music no matter what the midwest weather was going to throw at us.

Eventually, the music started back up on Saturday morning. Game on. All of the set times were manipulated so the artists that were cancelled on Friday got the chance to play. Dancefestopia became the midwestern sanctuary for everyone to come together, represent their home state, and be themselves. 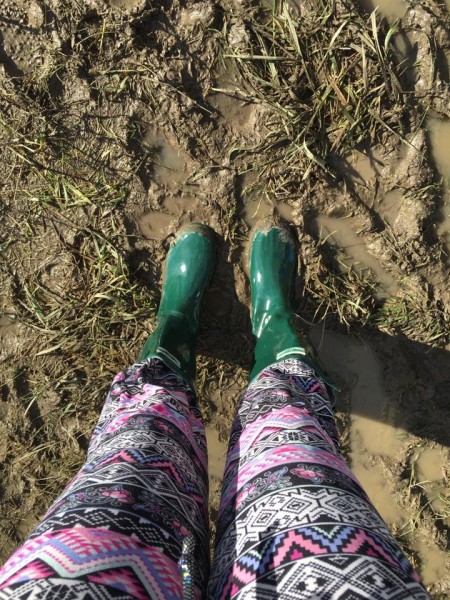 Going to this festival alone turned out to be more suitable than I thought it would have been. People were approachable, so I bounced from group to group of people. The midwestern hospitality shows down there in Kansas City.

The weather turned around the second and third day, and 150 tons of straw were laid down to rid the mud. Everything ended up falling into place. Patience was key, for all of the artists ended up playing their set after all. The mud became easier to deal with, and the party went on. The best part about it all was that everyone banded together to continue being positive about the situation. Clothing was ruined and sets were pushed back, but the positive vibes carried through.