Nightowls: Delivering a Taste of LA Culture This LDW

One of three acts of the underground phenomenon Space Yacht, arising out the mists of Los Angeles, is Nightowls. Representing the grit and grunge of the DLTA music scene, Nightowls has yet to make a solidified name for themselves but is definitely on the way. Teaming up with San Holo and Rickyxsan, Downtown Phoenix is about to be exposed to the type of rawness that exists everyday in Los Angeles. This experimental gathering of musical expression will be a way for Phoenix to experience the types of shenanigans that occur weekly in The City of Angels. 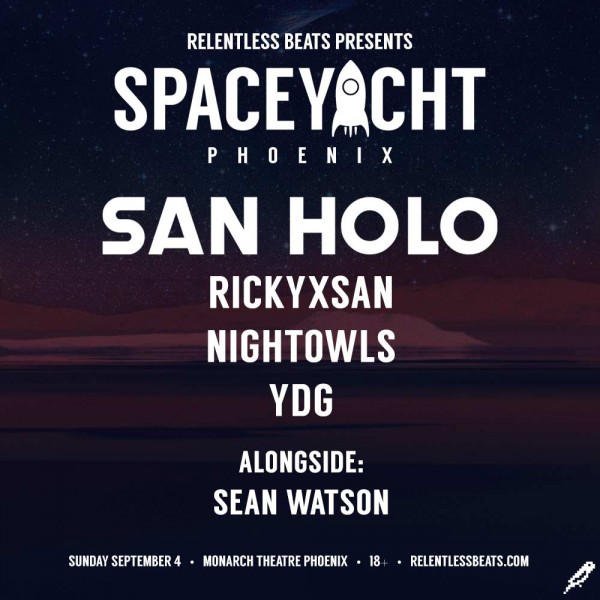 Members Andrew and Scotty showcase their love of dubstep by way of their filthy mixes of artists they look up to such as Ookay, Rusko, and Adventure Club. With that said, you can expect a night of nothing but gritty dubstep for your nerves to end this holiday weekend. Monarch Theatre will be hosting the madness, and we can’t think of a better venue for this event. If you can’t afford to travel out of town for LDW16, let the Space Yacht travel to you and take you on an unparalleled journey to outer space. In all seriousness though, if you’ll be remaining local for the holiday weekend, then head out to Monarch Theatre for the night, and you’ll forget you’re even in Phoenix for a little while.