RB Exclusive Interview: Step Aside Top 40, Borgore is Prepping the Gnarly Dubstep for Safe in Sound

Safe in Sound is right around the corner. The massive festival tour kicked off this weekend in Texas and will be making it’s way cross-country over the coming weeks.

We got a chance to chat with Safe in Sound headliner Borgore this August at Imagine Music Festival. We shared some words on the upcoming tour, his time in Atlanta, branding, the ups and downs of having a beard, and “Daddy’s” biggest turn-offs and turn-ons!

We’re at Imagine Music Festival, your set was awesome from the lasers to the pyro to the live rapping. What did you think of the Atlanta crowd?

I love it. I’ve said it in every single interview, I love the fact that the lineup reflects the demographic and the line-up here is like… such a good line up *laughs* So if that’s what the Atlanta crowd wants, which is more like the underground envelop pushing music, then that’s great.

They put heavy ass dubstep on the mainstage! They didn’t put obvious shit, there is some obvious stuff, but it’s definitely not cheesy. It’s a good mix, you feel me? Even the big names, like the mainstage big names, are like the cooler names.

So you were up there doing some live rapping and it seems like since the beginning of the career that’s always been a big part of your music. Was that something that came naturally or…?

I’ve always loved lyrics, I’ve written tons of lyrics. If I could always have someone else sing it, I would do it because I’m not in love with how I sound.

So did it start off as more of a convenience thing?

100% convenience. Especially growing up in Israel, some of the singers of my songs are just my neighbors. Just chicks I studied in high school with. I was in a music high school, so I would just grab a bunch of chicks that were singing and everything was ghetto as f*ck.

So do you continue to do it because it’s become part of your musical identity?

There are somethings that I want to say, and I’m the only one that can say it.

As far as your social media goes, you “accidentally” shaved off your beard… How do you accidentally do something like that?

I tried to do the Justin [Borgore’s Tour Manager] mustache just to laugh at him… and then I ended up looking really perverted. it happened to me a couple times. Every couple of months I’m like I don’t know why I feel like I can pull a mustache, then like 10 minutes later I’m like, no… I can’t. I can’t. Then I end up shaved.

Have you noticed anyone treating you differently without the beard?

I think I look less like a terrorist. *Laughs* I thought it would effect me badly, but so far everything is the same. *Laughs* Everything is completely the same, if not better. Actually pulled some really good stuff lately. 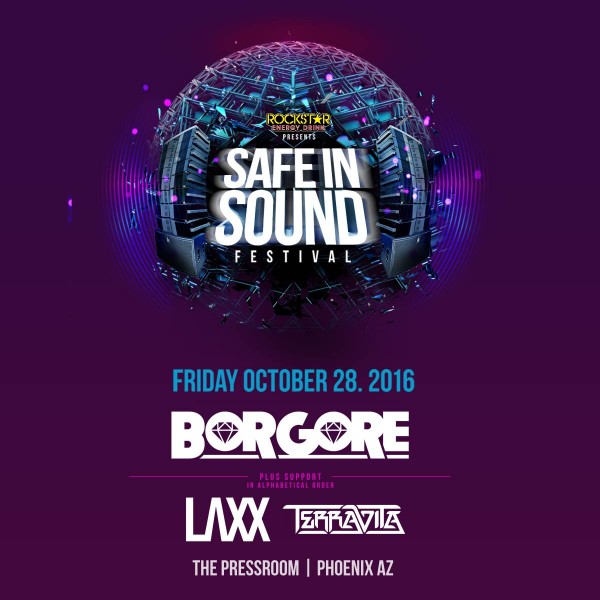 You were recently confirmed as the headliner for Safe in Sound Festival [kicking off this week], which we have coming to Phoenix as well. On our line up we have yourself, Laxx, and Terravita. What are you most looking forward to with Safe in Sound?

I’m just happy that I’m going on a tour where I can play what I want to play. I’ve done a bunch of stuff that is kind of like a cross-over into mainstream, which I love, and its fun, I love playing that shit, I have my residency in Vegas, I love Drake. Come at me. I love Top 40. But I’m happy that I can play a whole tour length of gnarly f*ckin’ shit that I really grew up on. That’s really my shit.

With Safe in Sound also, you released a little series of teasers featuring your family. Did that take some convincing to do on your end or do you have a really close relationship with your family.

Really, really close, dude. We are the closest. Some of the shit they said was their idea. My family is lit.

Now with you specifically, you have a very strong presence and identity on social media. Outside of the music, what do you think is the most important part in developing a brand for yourself?

I think that your answer is in the question. I think that besides music, you have to have a strong brand.

And what would you say is the best way to go about creating that brand?

It’s tough. I know a couple of people that nailed it. Creating a brand is not simple. Especially when everything has been done. You’re asking the million dollar question. You’re asking me, why is Coca-Cola doing better than Pepsi? It’s all branding, not necessarily the taste. People will tell you it’s the taste, but it’s branding. 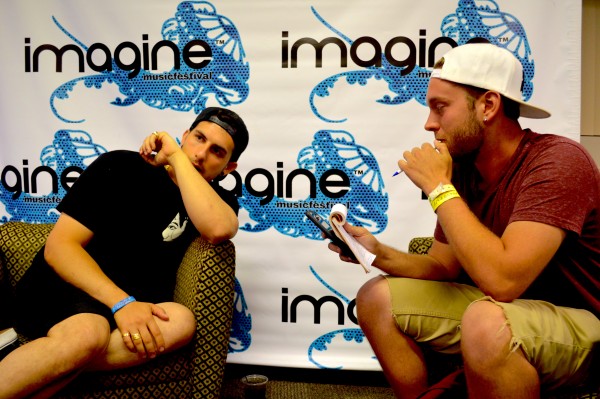 Do you take the branding that you’ve built around Buygore into consideration when you sign artists on to the label.

Honestly, branding is not necessarily something we look into when we sign an artist. As a manager you would think about the brand, but as a label all I think about is the music. If it’s good music, I will release it. I don’t care about the branding.

What is the best advice you can give to producers from the music side of everything?

Wow, there’s so much shit that turns me off. What is like the biggest no-no though? It used to be fuzzy boots, but no one is wearing them anymore, thank f*cking god.

I think puppy filters are the worst. Half the time, if you use a puppy filter you’re actually not that pretty. Anyone looks cute with a puppy filter, which is also very weird… why are we attracted to cartoon animals. 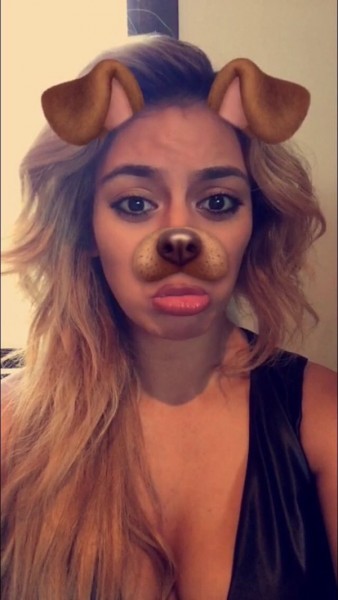 *Laughs* And then, Borgore’s biggest turn-on?

I think that the biggest turn-on is a chick that shows up to a place dressed nice. Don’t be naked. Wear the f*ckin sexy shit under so that when I take you home and I take your f*ckin clothes off there’s some sexy lingerie waiting for me. Classy on the outside, f*ckin animal inside. Let’s go.

Don’t miss out on this wild party when Borgore, Laxx, and Terravita destroy the Pressroom on October 28th! Get your tickets here!