In the midst of all the Life Is Beautiful mania, here’s what you might have missed on Twitter before the Presidential debate roasts began: 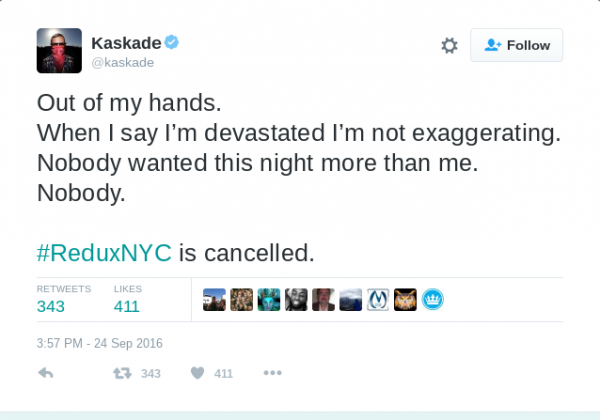 The doors never even opened at the Kaskade Redux event in Brooklyn, New York on Saturday night. The shut down was due to the NY Parks Department constructing a fence in front of the only fire exit the venue, Brooklyn Gowanus Terminal, just two days before Kaskade’s show. The show was officially cancelled at 7p.m., and Kaskade was told not to interact with fans for safety reasons. Just as clueless as his fans, Kaskade hung out on a stoop and Facebook Live’d with his fans for over an hour. There are still no answers as to why the fence was there, why there wasn’t prior notice, and what will happen to those devastated fans who waited outside the venue all night, but it’s safe to say Kaskade will make it up to them. 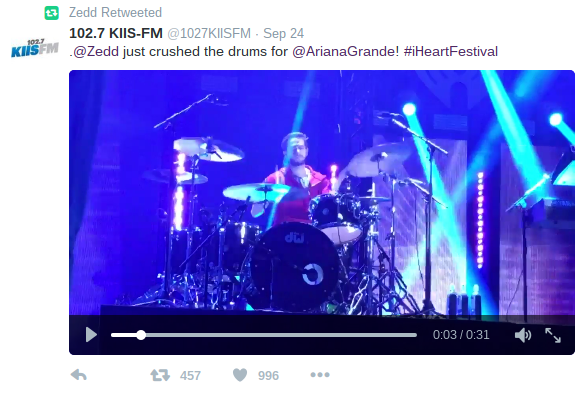 Twitter was blown up with tweets praising Zedd this weekend after his enormous presence at iHeartRadio music festival. Before he even played his highly anticipated set, he took the stage with Ariana Grande and PLAYED DRUMS during her hit “Break Free.” I had no idea the two were pals…or that Zedd played the drums. On top of this, Zedd brought out Nasri from Magic! to perform his remix of the band’s “Rude,” Aloe Blacc to perform “Candyman,” and Hailee Steinfeld to perform “Starving.” If you didn’t catch his legendary performance, just check his Twitter because he literally retweeted every video, GIF, or kind tweet that’s been posted. 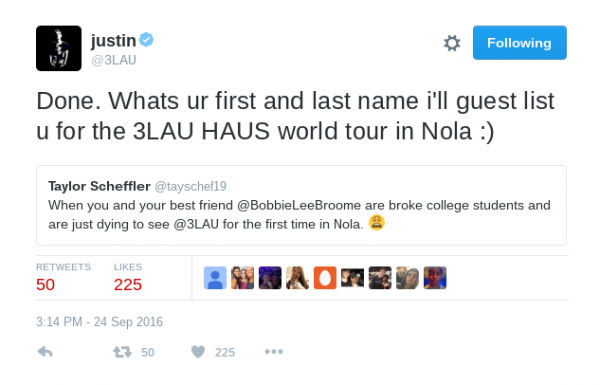 Ugh. This is what electronic dance music is all about. DJs who care more about the fans than the ticket sales are the ones who are the most successful. Although you don’t see this kind of selflessness everyday, let’s hope 3lau just started a chain reaction with our other favorite DJs.

This isn’t even a hint, this is a straight up announcement to get your ears ready to listen and your feet ready to move. Whether you’re drowning in homework, working late at your job, or just not feeling life right now, at least there’s a LOT of Ghastly music that’s going to be dropped pretty soon. 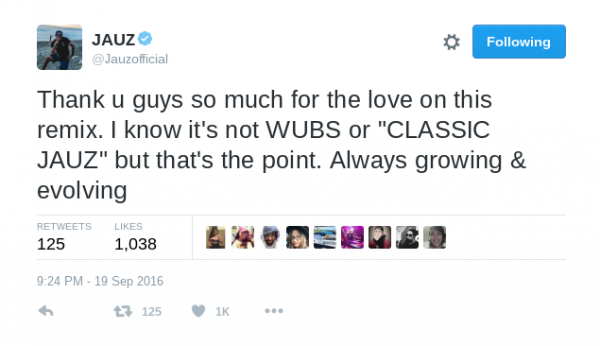 Basically 75% of the electronic world has remixed the Chainsmokers’ “Closer”, and the other 25% are probably planning to. In the opinion of many tweeters, Jauz’s remix stands out as one of the better if not the best of what’s been released so far. He switched it up a bit from his normal WUBS work, but the consensus is that it’s working.