STS9 Revitalizes their Followers with New Album ‘The Universe Inside’

Bring on the funk! STS9, the electronic rock clique from Santa Cruz, California, has just released their brand-new album, The Universe Inside. The album guides you on a journey to understand your place within the cosmos while importing the funkadelic feels!

“The Universe Inside is a story about human identity and the magical truth of who we are where we’re going, and our place in the Universe.”

STS9 is known for their uplifting qualities within their music. The tracks lift your spirits as they introduce a groovy disposition. The Universe Inside reminds listeners that they’re significant to the design of the natural world. Plus combining elements of rock music and electronica has never sounded so sweet.

Within the album, to supplement the musical composition of guitar, keys, bass, keyboard, and percussion sounds, they’ve added varying vocal lines. The vocals perfectly supplement the euphony of the tracks. With inspiring lyrics that leave you with affirmative thoughts, STS9 continues to do exactly what they’re known for. 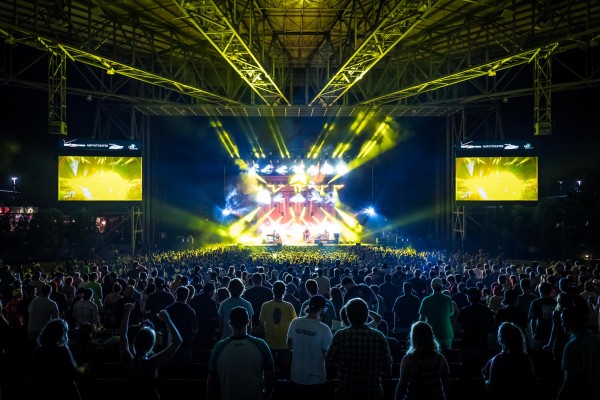 In result of their beautiful tunes, STS9 has been selling out shows all across America. Coming up this weekend is their 20th performance at Colorado’s Red Rocks. In addition to the music, STS9 has equipped themselves with a custom light show at their live performances. It has attracted tons of admirers, considering their live sets are one of a kind. Fans have been traveling to every area of the U.S. to see them perform, so STS9 created ‘STS9 Drip,’ which grants attendants entry into every STS9 show for $9.99 a month.

Between their light shows, live performances, and inspiring music, STS9 has left their mark in the modern music scene. Combining different elements of music to create their own unique sound is their natural talent, and plenty of concert goers have recognized that.