A few months ago Insomniac CEO, Pasquale Rotella, teased us with a preview of what he said would be new festival grounds for 2017. The short video showed a lush forest full of green and rumors begin to fly. This past week the location of these mysterious grounds were finally revealed, and with an awesome theme! Here’s what we know so far:

The festival, Middlelands, will take place in Todd Mission, Texas, over 200 acres of land, with the option to camp. It will span three days and host five stages. Based on the promotional poster it’s likely the festival will carry some type of medieval theme; sources have said renaissance festivals have been held in this game location previously. 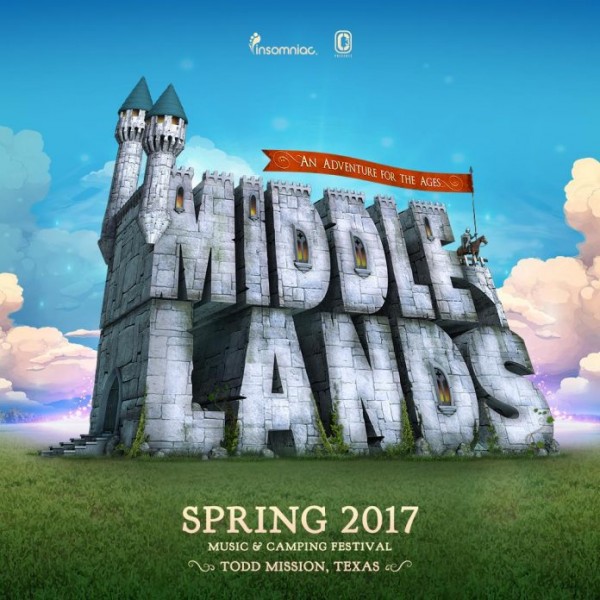 Insomniac is teaming up with C3 Presents for this project, the same company behind Lollapalooza, VooDoo, and many other well-known festivals across the country. This will be the first time the two companies have worked together on a production. During a press release Pasquale said, “Over the years, we’ve imagined building something new and unique with our friends at C3 Presents. Bringing together our teams will enhance the magic, diversity and community that can be created at a destination festival like Middlelands.”

EDC Texas is now a thing of the past, but this new festival should have people gathering in the Lone Star state once again. If you’re anxious for more like we are you can visit the Middlelands website to signup for festival announcement as they are released!