Bryan Jones and Hugh Cleal, otherwise known as Golf Clap, are two Detroit-based producers and DJs with a hugely creative passion for house music. Spreading their talent across the map with their infectious good times, they even started their own label, Country Club Disco. Releasing countless mixes, including a day-long house marathon, Golf Clap hits the target every time. 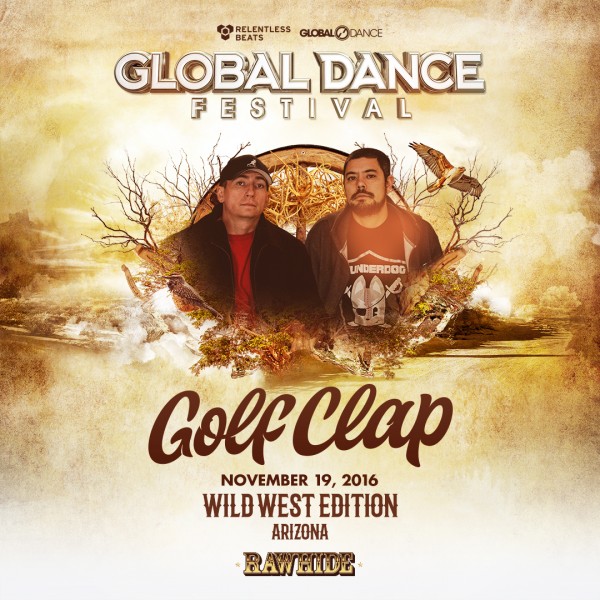 Lucky for us, the duo is bringing their golf style to the sunshine state and making their first appearance in Arizona at Global Dance Festival 2016. We we’re lucky enough to chat with them about the past, present, and future of the growing success of Golf Clap.

Prior to the creation of Golf Clap, were the both of you always set on this vision? Bryan, living in both Indiana and Chicago, what drove you to move to Detroit? How did the two of you decide to start the journey of Golf Clap?

Bryan: Ya, we’ve both been doing this for ages now. Before we met, we both had been DJing and running labels for awhile. I had been touring and putting records out for years as Bryan Jones and High Caliber before that. I was back in Indiana for awhile about 5 years ago and wasn’t playing many shows at the time. I played for Hugh in Detroit and really clicked with everyone up here. Started coming up here as often as possible and before I knew it, Detroit started seeming more like home, so I moved here.

Now being Detroit based, how has the Detroit music scene influenced your music style? What other genres were big when you started promoting and later DJing, and did these help shape your sound in any way?

Bryan: I never really knew that much Detroit music early on. I was always going to Chicago parties and playing Chicago house music. When I moved to Detroit, I started being less into disco/jazz sample based music and got more into deeper house. That’s the vibe that was being played at all the parties I went to at the time. The more we played in Detroit, the more of an influence it has on our music. As we’ve started to play for more and more people we’ve started to play a bit harder lately. 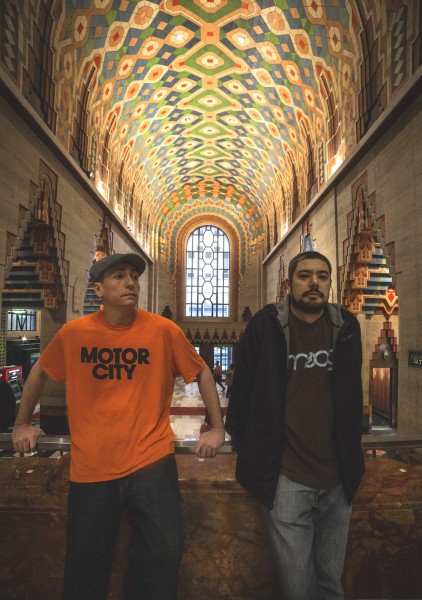 In your opinion, was it helpful having experience in promoting while also being involved in DJing? Do you think it’s a good skill to have for other up-and-comers in the industry?

Hugh: Working in different parts of the industry was definitely very helpful when it came to getting our career off and running. It has to be done carefully though. I think it takes two very different skill sets and disciplines. I’ve always encouraged people to focus on whatever thing they want to be the best at and do only that.

Playing over 150 shows in the last year, how do you feel the Detroit electronic music scene differs from other places you’ve played? Does anything compare to the wicked night life that you’re both so used to in Detroit?

Hugh: Detroit is a place unlike any other. The best way to describe it is big city music with a small city feel. We are spoiled rotten with big shows coming through and there is always a party going on. A lot of artists just want to come play Detroit because of the rich music history we have.

You recently released a new track off your Country Club Disco label, how has working for your own label changed the pace of your careers and how did the label come about? Do you have any future plans for the label?

Bryan: We both have run labels in the past and people are constantly sending us new unsigned music. We also use the Country Club Disco name for throwing parties in Detroit and elsewhere. We actually have just recently started amping things up a lot with the label and have some big plans for 2017. The first release of the year will be the biggest thing we’ve released on the label yet.

Hugh: we have some exciting things coming up on the event side also as we plan to expand the Country Club Disco party brand across the US and in Europe. Our plan is to serve our personal brand of mayhem to as many people as possible in 2017

You took a big leap from the every-day soundcloud mix, what was the inspiration to make a 24 hour marathon mix? How did the idea come about to produce a day long mix?

Bryan: First, I Googled “what’s the longest file you can upload to Soundcloud” a couple years ago and it said 6 hours and 45 minutes. So we put together a 6 hour 45 minute deep house mix first. It took about a month to put together and had about 80 songs on it. We wanted to make a mix you could just put on and leave it on in your car and not get sick of it. After doing the first long mix, we got booked for Movement in Detroit and wanted to do something special for it and make a 24 hour mix. Because you’re only allowed to upload 6 hours and 45 minutes, we had to split the set into 4 parts that were 6 hours each. Had about 270 songs on it. I read an interview with Mike Huckaby once and he said “do what others can’t or won’t do”. It’s something we’ve really tried to adopt into the Golf Clap philosophy.

Now that it’s released, will we be seeing another one in the future?

Bryan: Probably not anytime soon, but maybe some day.

Being based in Detroit, you’ve had to have seen some crazy things in the night life. Ever witness anything scarily memorable while playing?

Hugh: usually all of the crazy stuff happens outside of the club. Most of these warehouse spots were not in the best areas as you can imagine. Outside of that I’ve seen it all in the club from speakers catching on fire to guns going off in the party you name it. I’m truly lucky to be alive.

Arizona is psyched that you guys are stopping by to play at Global Dance Festival. Have either of you ever been to the Grand Canyon State?

Bryan: I went there for a class trip once in high school but that’s it.

Hugh: I’ve been there a bunch and love it. One of my favorite places I’ve been is when i took a tour of Taliesin West (Frank Lloyd Wrights architecture school)

If you lived in the actual Wild West, what is the first thing you would do?

Hugh: probably mine for gold, then start inventing stuff

Final words from Golf Clap for your Phoenix fans?

Hugh: be prepared for something super special from us that night. That’s all we can say now 😉