San Francisco-based record label Dirtybird is no strange name in the house community. Every year, artists who are part of this cult-like label — a short list includes Claude Vonstroke, Justin Jay, J.Phlip, Justin & Christian Martin, Ardalan, Kill Frenzy, Sacha Robotti, and many more — gather in one place in Southern California to throw a camping music festival for their fans from all around the world, Dirtybird Campout. At this year’s Campout, Khoi Nguyen and I were able to talk to one of the Dirtybird artist, Will Clarke. Known for his hit EP “Booty Percolatin,’” and his fabulous beard, we were able to find out more about his recent releases, tour, stories, and his campout experience. 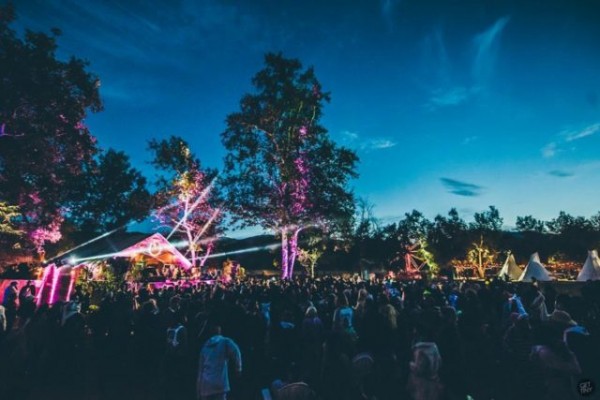 How was living in Bristol and your seasonal home in Ibiza, more specifically Ibiza?

I haven’t actually lived in Ibiza for a long time. But I go a lot. But this year is the first year i haven’t been there a lot. Living in Ibiza is mental. It’s crazy. When I was living there, I resident in a place.  I was working in a production company. So i was working 20 hours a day, 7 days a week. It’s like a bubble. It is very easy to get lost in it and not realize what the real world is. I absolutely love the place, but also the reason why I leave a lot is that I know I have to do work. It’s a good experience.

What is your favorite part about gathering for Dirtybird Campout?

Everything! It’s really nice for everyone to be together. It’s the only festival I go to where all the artists stay for the whole weekend, and they all go and hang out with the crowd. It’s like one big family. You build really good friendship that you wouldn’t have the chance to if it was a club show, since you get to spend the whole weekend with everyone. The music and lineup is amazing. I prefer to hang out in the crowd than backstage. It’s more fun.

Do you have any fond memories of the event?

Yeah. Last year, I wasn’t anywhere where I am, but hearing everybody plays my tracks…it was just amazing. And just to be made part of the family, it truly cemented it. Oh! Last year, I missed Christian Martin sunrise set, and I regret it. So this year, I stayed up for it, and it was absolutely amazing.

You just put out your “Booty Percolatin’ EP,” how does it feel to get that out to the public and how has the reception been so far both inside and outside of the club?

I made it over a year ago, as soon as I made it in June, and I sent it over to Barclay (Claude Vonstroke) and the rest of the guys. Everyone was playing it. I have been waiting ages for it to come out. I was super excited when it came out, and I think everyone else was.  I’m super grateful that everyone is playing it. I have a music video for it coming out soon and the track will be out on vinyl too. I have no clue about the sales but I don’t care, It’s out and I love it. It’s actually the one track that I’m truly proud of that I have done. Usually, other track I released them, after a year later, I usually think: “yeah, I could have done better”, but not with this track, this one I’m really happy with.

What are you working on next?

Just done a remix with basement jaxx but I don’t know if it’s going to be official, but it’s on “Rendez Vu”. I’ve just done an edit of Moby’s “Go”.  Which is going to be previewed here actually. I just finished it up in the R.V last night. I have about 20 unsigned tracks that I’ve done over the last couple of months. I’m just at the point where I’m checking out. I’m sure that there will be another release on Dirtybird. I’m sure there will be a few releases on an European label pretty soon. Lots in the pipeline, music-wise, trackwise. I’m missing my studio already. I’ve had nearly a week off. I’m not enjoying it. It’s like my girlfriend, pretty much. She doesn’t nag me or give me sh***

How’s your Barber Shop tour? Are you homesick, excited, and tired, etc?” We’re from Phoenix and we know you’re going to be visiting us soon. What can we expect from your show?

This is the first show of the tour at Dirtybird. I actually love touring. Homesick, no. Don’t get me wrong, I miss my family. The joys of Facetime and modern technology, we still get to speak everyday. A lot of my friends come out and visit as well. I’m lucky for that. Being tired? I guess you have to soldier through. It’s a job. It’s what we do. Lack of sleep is something that we get used to. Let’s be honest we have, the best job in the world. Can’t really complain about that. Playing 2-6 hours in a club, and making people happy. What more could you want? What to expect at the show? Loads of new music. Lots of cuddles.

Can you explain your #doingitforthecuddles campaign? What’s the story behind this?

I need to think of a different story. So I have three close friends at home, Dan, John, and Jason. It was started by them, saying that I like cuddling. There’s kind of more to that story. I don’t like telling people it. I used to go on loads of dates, but I would never sleep with anyone. I would cuddle them. They would be like, “Dude, you went on a date. She’s hot and she was cool. Did you sleep with her?” Then I said, “No, I just made her a friend and cuddled”, and that’s where the hashtag started. It’s not a bad story. I just like to keep it with my friends. I like people to make up their own stories about it.

With that said, how do you plan to spend the rest of the time with the cuddle crew out here at Dirtybird Campout?

Lots of cuddling, pretty much.

Final words from Will Clarke?

I love you and thank you. I’ll see you soon in Phoenix!