Originating from Upstate New York, Wooli is an artist whose name you will be seeing around for years to come. With a feature in Excision’s latest Shambhala mix and a collaboration with Jantsen in his latest release, “DayDream,” pushing out tracks from diverse genres will only continue to illustrate his high level of musical skill. Since it’s only the beginning for Wooli, I jumped at the opportunity to ask him a few questions about this new and exciting journey:

How did you get your start producing music?

My friends Ryan and Jake (Dusty Bits) were making music on it last year and it really intrigued me. I started seriously learning Ableton around December of 2015 (roughly 10months ago). I was a local DJ in my city, mostly playing Drum and Bass or House music at the local club. As much as I enjoyed just being a DJ, I really wanted to be able to start expressing myself on both ends of the spectrum. I had a lot of ideas in my head that needed an outlet. I kept practicing and learning, spending like 5-6 hours a night on youtube. It was definitely a grind but it was extremely addicting. I was obsessed with learning everything I could as fast as possible. 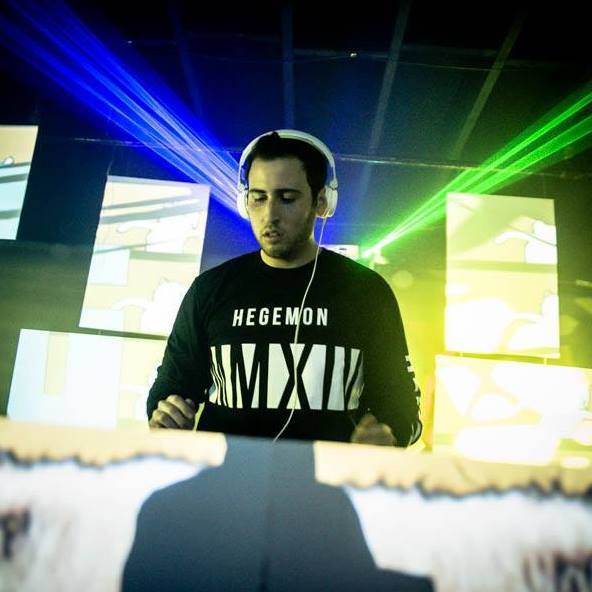 Which genres & artists have influenced your style?

Kill the Noise is one of my biggest influences for a number a reasons. For starters, he grew up in my city and got his start here. His sound is always evolving and pushing boundaries. He proves he can make any genre and be successful with it as well as have the support of his fans to do so. That kinda of freedom is something I can hope to achieve.

Some other notable influences are Skism, Skrillex, Bear Grillz, Ray Volpe, Porter Robinson…I can go on forever. So many people have inspired/influenced me for various different reasons. You might look at that list and scratch your head…but I have specific reasons for each. Skism made me want to DJ on 4 decks and be the best DJ I can be. Bear Grillz and Ray Volpe have been mentors and people I view as Big and Little Brothers. Skrillex and Porter because they are just the most talented people in the game.

How did you and Jantsen decide to work together on “DayDream?”

I’ve known Jantsen for a while now, mainly through my older brother Shank Aaron. My brother is an amazing DJ who landed himself as the resident at BETA Nightclub in Denver, which for our realm of music, is the best club in the US. Jantsen and I started talking after he released his last future bass tune that I was loving so we decided to work on something together. I’ve always looked up to the guys on Kairos Audio, and it’s awesome to see myself working with them now. I’m about to go on tour with Dirt Monkey this week actually and releasing a song with Jantsen. Weird how it all works out.

What have you learned from collaborating with other talented musicians?

A ton. It’s one of the best ways to learn if you ask me. First off, collabing is great for learning new production techniques. No one is a complete master at this craft, there is always something to learn and different approaches to take. That’s what’s so great about making electronic music. The second thing I learned was Patience. I am a fast worker and tend to get ideas down in a few hours, but with collabs, it sometimes takes days/weeks/months before you are finished.

If you could perform at a specific festival, which one would it be and why?

That’s a tough one. I was quite the Rave Bro from 2010-2015ish. I would hit up every festival I could. I went to ULTRA for like 5 years straight…same with Ezoo…Moonrise…Bisco ect. I pick Ultra though. I always go down to Miami with my core group of friends and for them to be able to see me on stage would make it incredibly surreal and a dream come true. I’ll be on Ultra lineup within the next 4-5 years though… you can mark that down 😉

Explain how you felt when hearing your own track featured in Excision’s latest Shambhala mix?

When I first found out I was in shock and then searched youtube to find evidence…and sure enough he played my song. It was unexpected because Excision made a random post saying to send him music..but I had no clue where to send music to. Luckily I was given an email and somehow he found my song in that long stack of promo and picked it out to play.

Where do you see yourself and your career a year from now?

Making more music with my friends. Traveling. Making new relationships with people. That’s my favorite part of the scene is meeting new people. Some of my closest friends I have only met in real life once or twice.

Do you have any specific goals for yourself for 2017?

My only goal is to keep having drive, passion and love for making music that I do now. I never want to lose momentum growing my brand or lose focus on why I started in the first place. I’ve been lucky enough to reach a lot of my goals in a very short time.

What kind of efforts do you plan on putting in to achieve your goals?

Luckily I have a great team and core circle to never let me stop or quit. They the real MVPs.

Any future collaborations in store?

Tons! And a lot of them with my idols <3

As we urgently wait for future Wooli collaborations, we’ll also see where his hard work and ambition takes him within these next few years. His music and relationships within the scene are only going to develop further as we approach 2017. Listening to and writing about his music has shaped me into a personal fan of his, and I cannot wait to see the journey his talent takes him on.