This past weekend Relentless Beats and Insomniac teamed up to make BOO! Arizona happen for the first time. The three event tour, which also stops in Texas and California, kicked off in Phoenix and it was a frightening success! Production, lineup, decor, and all around vibes were on point. One large stage hosting a massive skull with laser beam eyes captivated the crowd. It was a night full of bass and head-banging beats that echoed throughout Rawhide’s Frontier Hall. 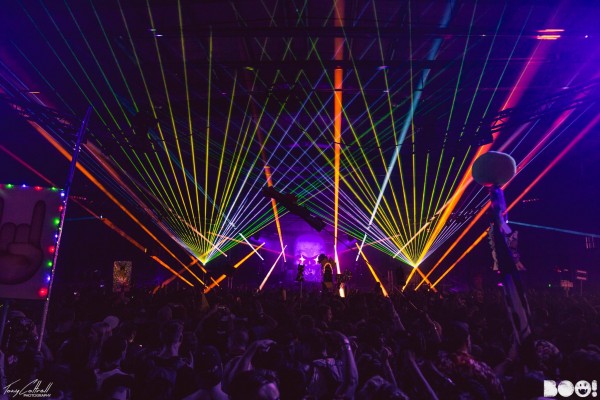 Bijou showcased some local talent, opening the night with a feel good, groovy set to warm everybody up for the craziness that was about to ensue. He provided some house vibes prior to all the filth. Wuki was up next and really got the party going. He had us wanting to ‘Make It Clap’. By G Jones a crowd had begun to form and he kept the momentum going with his energetic beats. 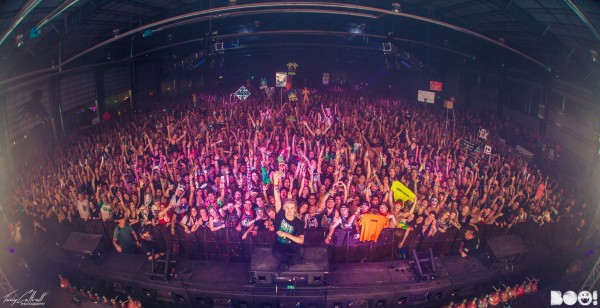 Arizona native and friendly ghost Ghastly, dropped one of his new tracks “Fuk Watchu Think” that made the crowd go wild, and a dope remix of Herobust‘s “Skurt Reynolds”.  NGHTMRE dropped RL Grimes‘ “Aurora”, bringing a little trap into the mix. SNAILS was one of the heaviest sets of the night. He gave us nothing but back to back bangers. The visuals were just as hypnotizing as the steady, blaring beats. 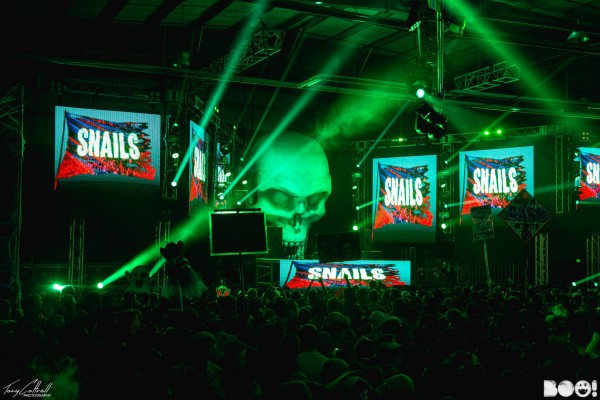 Bass heavyweights, Excision and Knife Party shut down the night. I don’t know about you guys, but every once in a while I prefer a soft moment in-between all the bone-rattling bass. It’s always a special moment when Excision plays “Band Of Horses”. Other than this moment of intimacy, X gave it to us! Along the rail and through much of the crowd everybody seemed to be head banging in unison. Knife Party played their new track with Tom Morello “Battle Sirens” and my personal favorite, the spooky hit, “Internet Friends”. Despite being the last set, the energy remained at an all-time high. 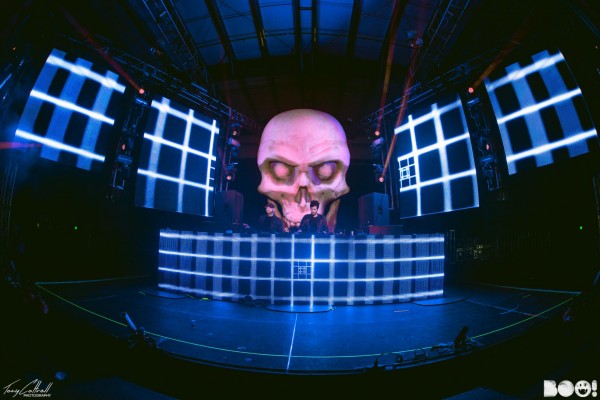 ‘Tis the season to go all out with your festival wear. The costumes at BOO! were to die for (pun intended). Guests came fully prepared for the Halloween festivities in vibrant and creative costumes. From ring leaders, to pinatas, to inflatable dinosaurs, to pumpkin queens– all types of costumes could be found wandering the grounds. 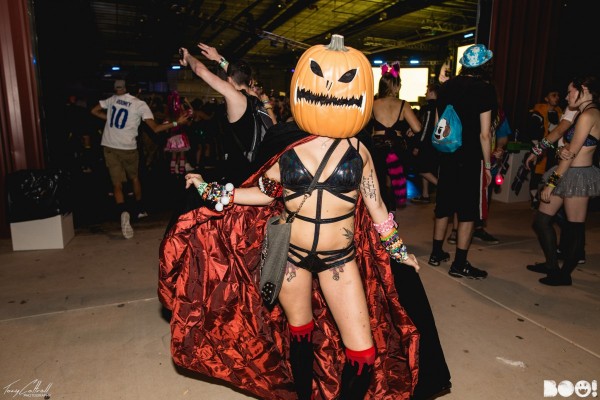 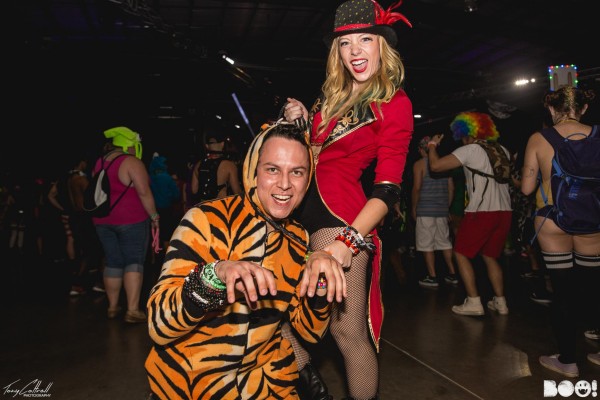 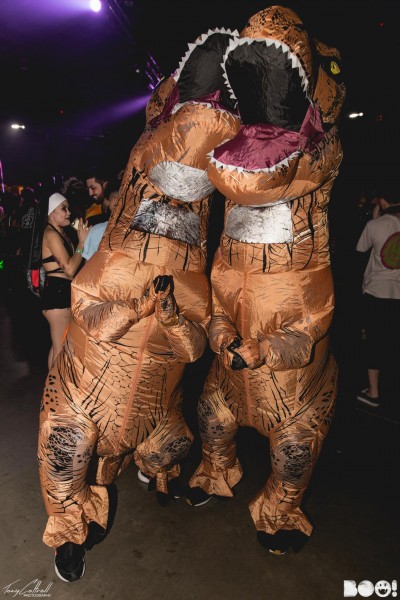 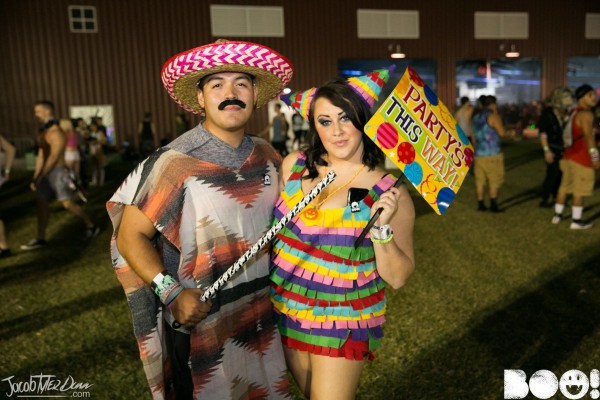 This was Samantha Ross’ first Insomniac/Relentless Beats event. She attended with her boyfriend and had nothing but good things to say about her experience, “I thoroughly enjoyed the eclectic sense of community the music brought. It felt inclusive and inviting. Every individual admired costumes, shared jewelry and danced their hearts out under a sea of neon lights.” That’s what it’s all about! 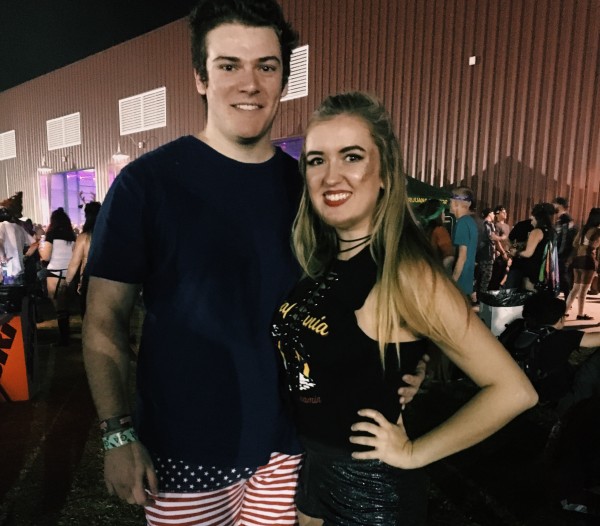 With your help the Plastic Bottle Project recycled 137 lbs of plastic, and 79 lbs worth of cans. This awesome team kept the grounds clean, gave out Relentless Beats gear to attendees, and  for a good cause; all money made from recyclables is used to feed the homeless in our cities. 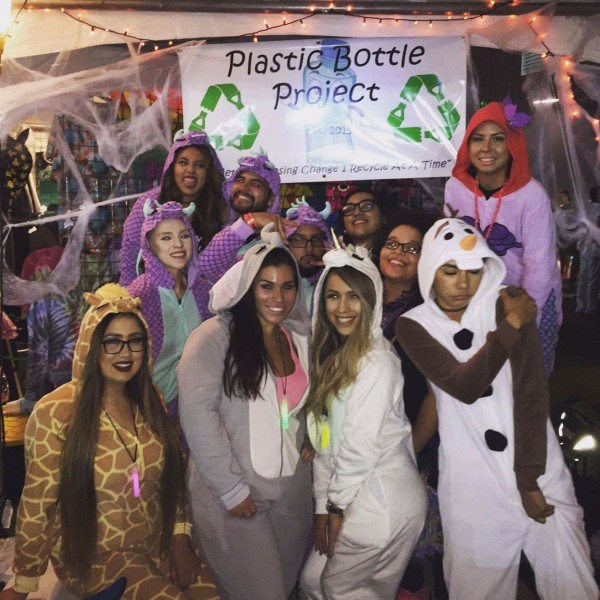 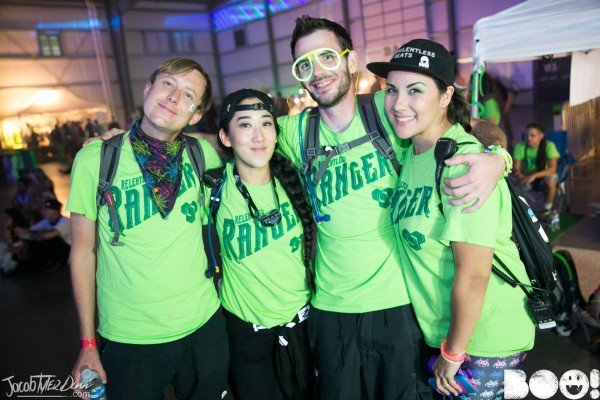 As always, the Relentless Rangers showed up to help make sure everyone was staying safe and having fun. Seeing their bright green shirts make their way through the crowds has become a comfort of sorts– with them around you know there’s always a friend near by! 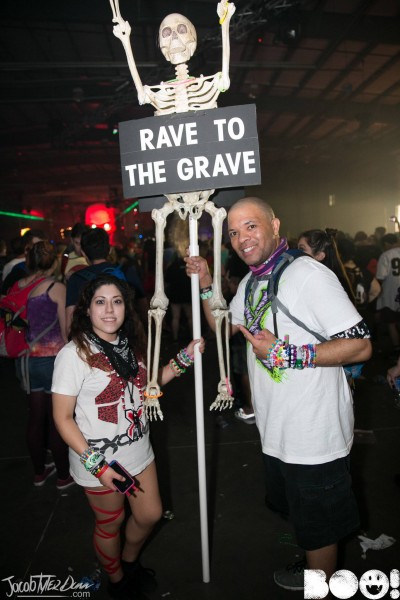 This concludes another crazy Relentless weekend. BOO! reminded us all why we’ll rave to the grave and it was the perfect way to kick off a huge list of  shows Relentless Beats is bringing to the valley this season. Don’t miss out on the fun; check out Global Dance Festival and Decadence!