RL Grime Confirms New Album to be Released in 2017

That’s right, folks. After just releasing “Waiting” with Skrillex and What So Not, RL Grime has announced that he’s currently working on a new album to be released next year. He also confirmed that there would, of course, be an accompanying tour. The news was released in a candid interview on Australian radio station Triple J. It is, thus, apparent that Mr. Grime will have a lot going for him in the coming year. It also looks like this master of trap is going to keep his fans “waiting” a little bit longer for the release of his new album. However, you can listen to his recent collaboration with Skrillex and What So Not below to tide you over until then (courtesy of Trap City on YouTube). Have a gander!

RL Grime, What So Not, Skrillex – Waiting

Grime also spoke about his annual Halloween Mix in which he says he says he feels “excitement” for. He states that he has a lot of fun “collecting tracks” that fit the “spookier” vibe of the Halloween season. “It’s always exciting to put that together” he reiterates. Listen to the interview below for a deeper look into what RL Grime has in store for the next “one and a half to two years.”

Embedded below is the fifth, and most recent edition of his always anticipated, Halloween mix. By listening to the audio sample below, it is clear that RL Grime pours a lot of time and passion into his craft. Enjoy!

Also, just for funsies, check out this sick piece of artwork for his 2014 Halloween mix. It’s a nice flashback to our childhood when Goosebumps was all the rage. Just something to get you all the more pumped up about Grime‘s upcoming album. 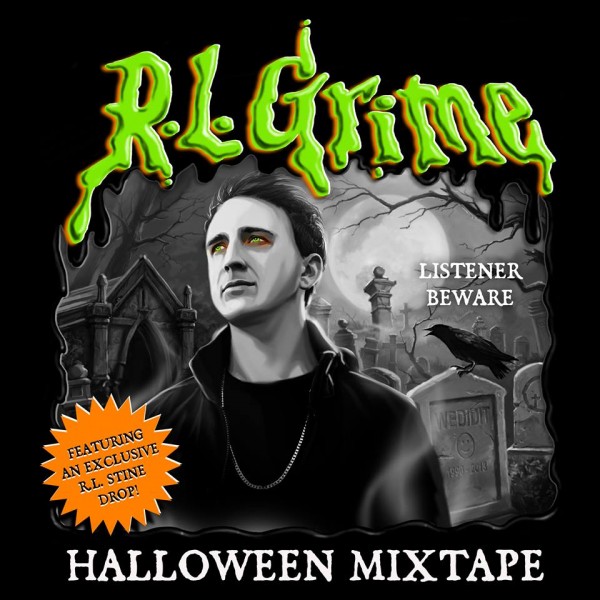 After listening to his interview and Halloween mix, we are stoked for this musical genius to show us what he has in store for the next year! We know it’s going to be good.