For the last decade, fans of Datsik have watched the Canadian-born bass expert grow to be one of the most identified names in bass music. When he introduced himself in 2008, his versatile techniques and hard-hitting bass lines laid the groundwork for what dubstep is know to be today. 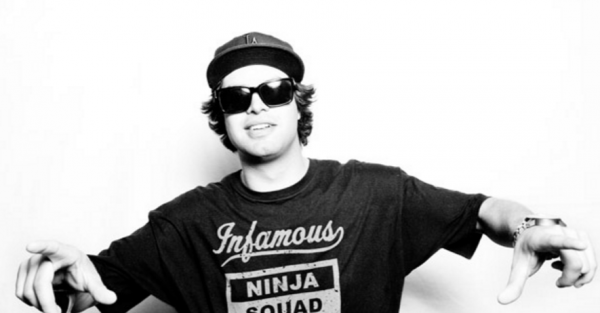 In an interview with FreQ Nasty, Datsik reminisces on his first time making a connection with bass music. It was Shambhala Music and Arts Festival in British Columbia, Datsik’s homeland. His soon to be buddy Excision was performing one of his early Shambhala mixes, and Datsik couldn’t get enough of it. It catapulted him into an entirely new world. A world full of new friends, adventure, and a whole lot of dubstep.

Datsik was a success from the beginning. Within his first four years, he made appearances on Excision’s ‘X Rated,’ Southpaw’s ‘Acid Crunk Vol. 2,’ and had features with Downlink, Calypso, and String. The future was surely looking bright.

Over the next three years you could find Datsik in just about every city across North America. Coachella, Ultra, and Electric Daisy Carnival all featured the dubstep warrior and his headlining tours were selling out in major cities. He was steadily forming relationships with other bass music masterminds and even came out with his own record label, Firepower Records, in 2012.

Without a doubt, Datsik continued to grow over these last couple years. For 2017, he’s proposed his Ninja Nation Tour where he will be headlining a load of American cities including Tucson, Arizona.

So after his mind-blowing set at our most recent Global Dance Festival, we’re happy to welcome him back to Arizona for the Ninja Nation tour. Datsik will be introducing his stage production, The Shotgun, in addition to the state of the art sound system by PK Sound. As for openers we have Crizzly and Virtual Riot to make headbangers feel right at home.