Beginning this February, Party Thieves will be taking fans on a special 4 city stop tour, free of charge, bringing something fresh and unique for the producer’s loyal Theft Army. Embarking from New Orleans in February, the Max Capacity Tour will take place exclusively at small and intimate venues, holding no more than 300 lucky members of the Theft Army. Other stops on the tour include Miami, as one as one other city, before wrapping up in Fresno, California. Party Thieves have designed this 4-stop-show to come up with an intimate environment of only the most dedicated and die-hard Theft Army fans who are truly there to bask in the bass of his dirty trap beats and slashing synths. 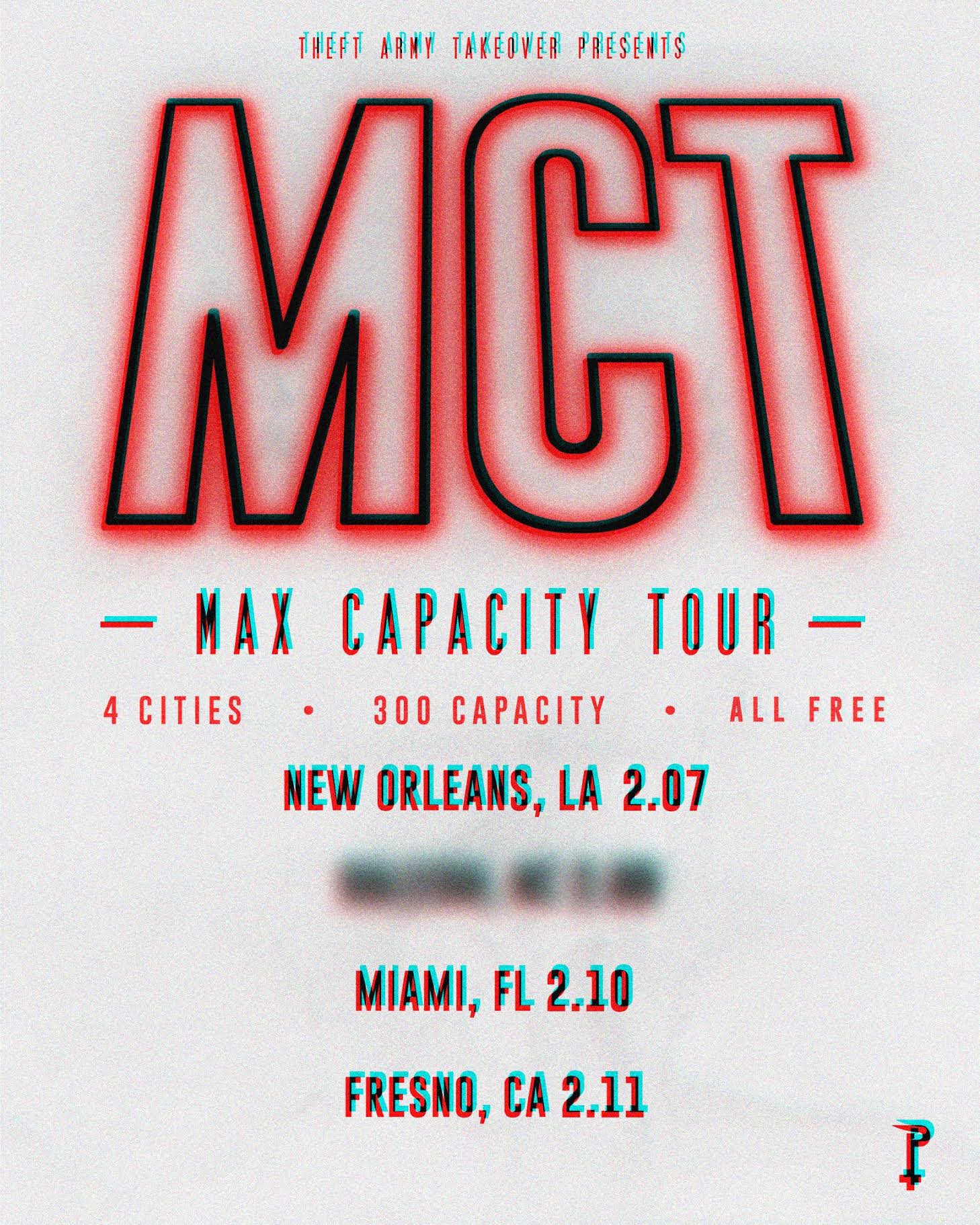 These small private intimate shows will allow Party Thieves to truly connect with their fans as they’re all bumping and getting down in the small 300 person venues. The Republic, Heart, and lastly Fulton 55 will be the special exclusive venues chosen for New Orleans, Miami, and Fresno, respectively. This is a major change from traditional shows in dance music. Generally speaking, we have moved away from the days of the underground warehouse parties and actual raves towards our new festival culture, where we now look at things as “The bigger, the better!” We have now learned that this isn’t always the case, however. Those moments where the music and environment truly allow you to let go and you honestly enjoy yourself without having to fake it, without having to impress, nor without having to hold back; this environment is what Party Thieves have aimed to create with the Max Capacity Tour, and I have a sneaking suspicion they’ll succeed come February.

This is an extra special unique experience because it offers fans something different from the norm, as opposed to many other artists whose focus is on making money, attempting to cram the most amount of people in at once, rather than providing fans with the best experience possible at shows. Most of the time seeing an artist at an intimate venue such as this would be rather expensive for the exclusive event. offering the best experience for their fans. Party Thieves truly cares about the Theft Army, as is evident by taking their time to put together the Max Capacity Tour. Unlike big stadium shows that are played for profits, Party Thieves has chosen to center the Max Capacity Tour around the Theft Army experience, truly showing appreciation for their loyal fanbase. Theft Army can grab