Longtime Relentless Beats partner in promoting, HADES Entertainment threw quite the finale to their Underworld show series the first weekend of December. HADES has a reputation of always bringing in up-and-coming artists that are at the top of their game, yet new on the scene and the Underworld: Elysian Fields was no different. As a successful close to the 2016 Underworld series of shows, HADES Entertainment brought through an arsenal of bass-heavy headliners for the Underworld Finale of 2016, including headliners ATLiens, Victor Niglio, Far Too Loud, Sikdope and UZ. 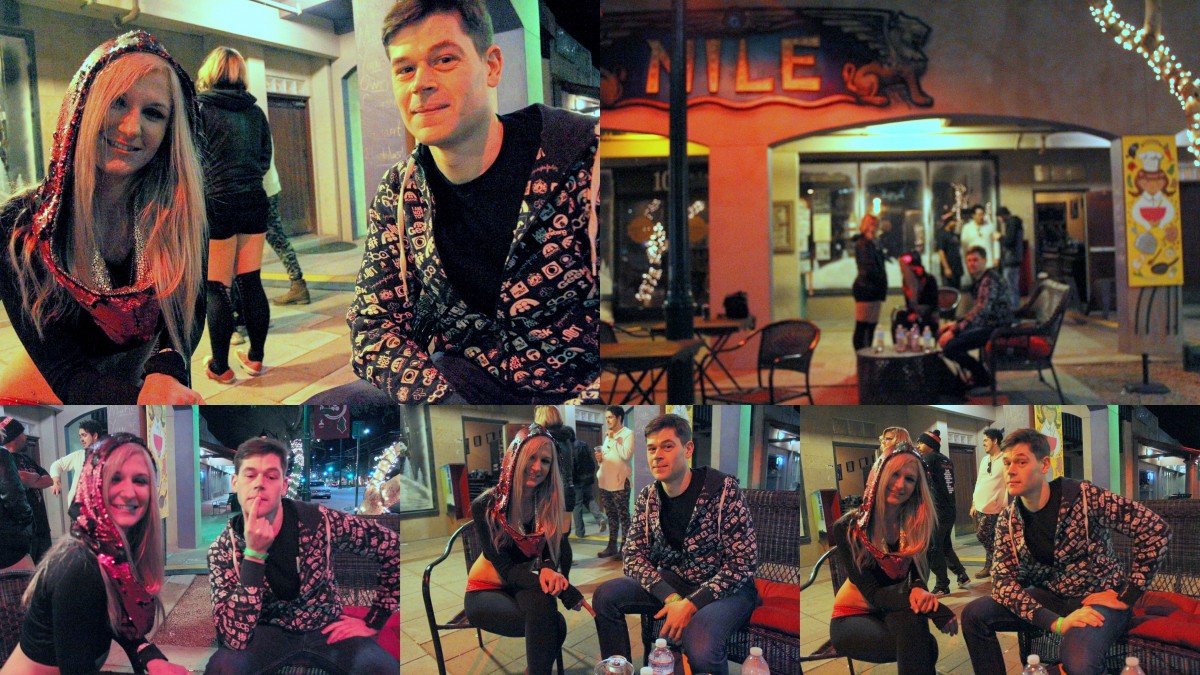 Elysian Fields drew a colorfully clad massive group of beautiful ravers to celebrate the end of a successful season at the legendary Nile Theater in Mesa, Arizona. After cranking my neck, headbanging my little basshead heart out to Far Too Loud‘s set, I was lucky enough to snag an interview with him backstage after his set! We discussed everything from Far Too Loud‘s first exposure to music, growing up playing the saxophone since the age of 1o, to his latest masterpiece released via the world renowned record label, Never Say Die Records.

Based out of London, the independent label has become a notable force to be reckoned with within the dubstep scene since its inception back in 2009. Since then, Never Say Die Records has been awarded the label of the year award “Best Label 2014” at the Bass Music Awards, honoring its position at the forefront of the dubstep sound of today, having worked with heavyweight artists such as The Freestylers, Dillon Francis, Noisia, Skrillex, Foreign Beggars, Flux Pavilion, Datsik and Excision and boasts an exclusive roster including label boss SKisM, Zomboy, MUST DIE!, Eptic, LAXX, Habstrakt, Trampa, Megalodon and 501.

Relentless Beats writer Nicole Petriw: How long have you been producing?

Far Too Loud: I think that it’s been around 11 years now.

Relentless Beats: How did you start out in music?

Relentless Beats: Have you ever considered incorporating your instrument into the music you create?

Far Too Loud: I don’t… I know people do like Griz, but I don’t. I feel like it’s a bit cheesy almost. Like Griz’s stuff is cool because it is more funky, and the stuff I play is more bassy and heavy. And I figure if I’m playing some raging dubstep and I got my saxophone out it’s just be fucking weird.

Relentless Beats: **Haha** I totally feel you on that; possibly with another genre of music or a side project one day.

Far Too Loud: Right, so I don’t really do that, but maybe if I had another project, something more funkier, then I would be tempted to do it. But when I write dance music I want to write really aggressive stuff. That contrast stops me from doing it.

Relentless Beats: What are your top favorite artists that motivate you?

Far Too Loud: The Protégé and The Chemical Brothers – classic British acts – they’re still my top.

Relentless Beats: Who would be your ultimate artist to collaborate with?

Far Too Loud: Hmm…. That’s a tough question! I am going to have to think about that for a minute. I’d say Katy Perry; she’s so talented.

Relentless Beats: Absolutely; she’s such a strong woman with a strong voice to match! What does your creative process look like?

Far Too Loud: I’m definitely more so in the studio. I’ve got a really cool studio in Brighton. Some friends built it and they rent out one of the rooms to me, and I have a really great setup, so I love being there.

Relentless Beats: What have you been working on lately?

Relentless Beats: Favorite song of yours?

Far Too Loud: Well usually my favorite is something that I’ve been working on lately, so on my newest EP, my favorite track would be “Wormhole.” It literally sounds exactly how one would expect a wormhole to sound like.

Relentless Beats: Where do you gather inspiration for creating the music you make?

Far Too Loud: My inspiration for creating music comes through a process of of poking at stuff until I find something I like. I think of the raves I’ve been to in the past; when I have raves coming up like this weekend, for example, I think of what would be really sick to play, whatever I’d enjoy getting down to, so my inspiration is creating something that I’d genuinely enjoy myself.